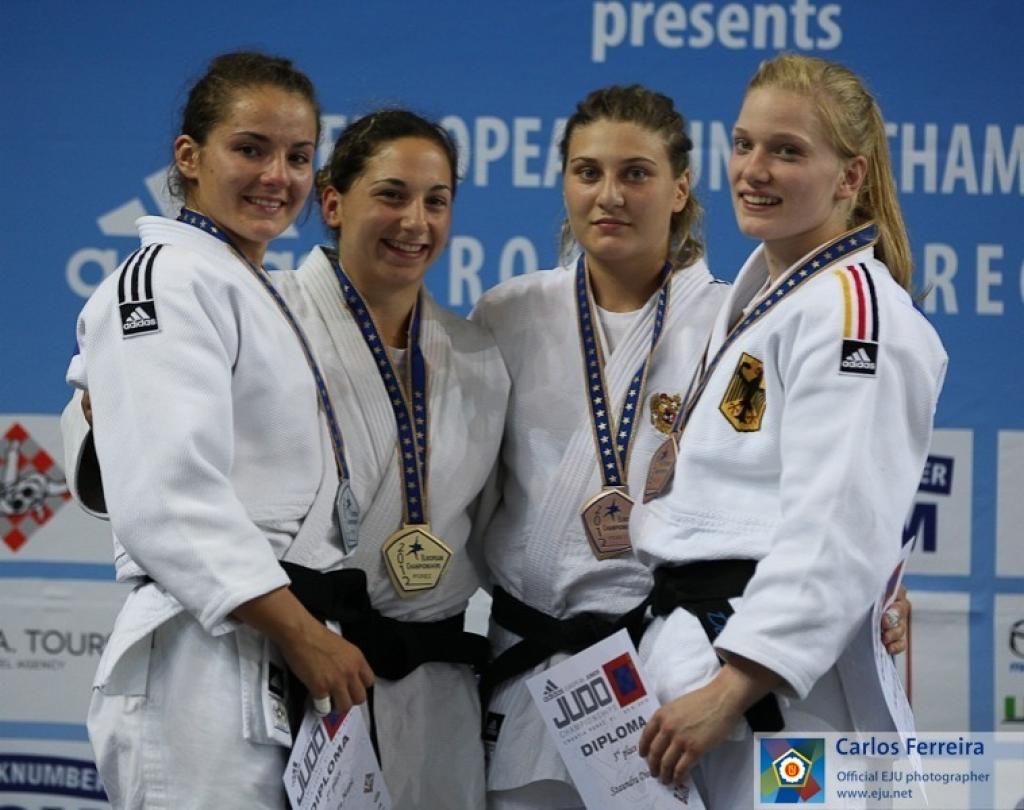 At the European Junior Championships in Porec Barbara Matic couldn’t give the homecrowd a gift for their great support., Matic, just 17 years young took the silver medal in the weight class U70kg as Lola Mansour from Belgium won the fight relatively easy.

Croatia has never had a female European Junior Champion and this was their change. In 1998 Sasa Safranic won the Junior title in Rome U73kg. Matic won the Cadet European Champion in 2010 and made her debute in the Senior World Cups this year. But despite the expectations of the homecrowd and Matic, it went differently…

Supported by Croatian music Barbara Matic appeared against the young and dangerous opponent Lola Mansour from Belgium. The Belgian is small and tricked in ne-waza. It was just a moment that Matic may have thought about matte, but the Mansour controlled Matic while she strangled her.

Matic didn’t move and couldn’t move and finally gave up and lost the match after just one attack. Even Mansour was surprised and confirmed that her European bronze medal last year in Lommel wasn’t a lucky shot. Mansour has a reputation, just like Matic, although she may not appear so much as Matic, Mansour is the Youth Olympic Champion of 2010, a title to be proud of your whole life. On Saturday in Porec, she added a second great title, maybe even more valuable.

Although Matic was dominant over the whole day she was just surprised by the early groundwork of the Belgian. Despite Matic’ age she can meet with the best in this age category and today she showed she doesn’t shake when the homecrowd cheers for her actions.
The young fighter is just 14 months older than her sister Brigita who has to fight on Sunday.

Another bronze today for Germany when Szaundra Dietrich finished her opponent Podelenczki (ROU) by ne-waza in her last match. It’s the fourth medal in total for the German team.
Dariko Gabaidze won bronze for Russia after she defeated her compatriot Ekaterina Tokareva.