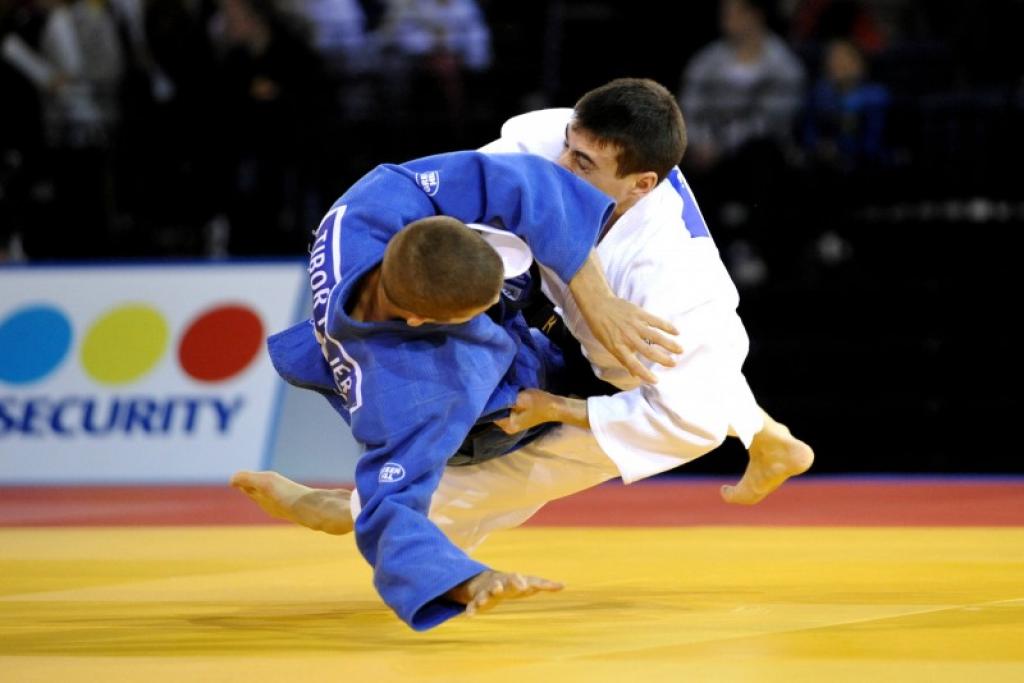 Two London 2012 Olympians starred on day one of the Glasgow European Open with Great Britain’s Colin Oates taking a gold medal in the -66kg category and Austria’s Ludwig Paischer replicating the result at -60kg.

The event, hosted for the first time at the £113m Emirates Arena, a venue for next year’s Commonwealth Games, is the largest to be hosted in Scotland. They enjoyed a day of action-packed judo as well as a Scottish-themed opening ceremony which also included a speech from EJU Vice-President Michael Vachun. Oates, who recently took a silver medal at the Moscow Grand Slam, started his road to the – 66kg final with a victory over Alister Ward, throwing the Canadian convincingly for ippon. He followed this up with another ippon win over young Spaniard Carlos Cases Roca. That set up a semi-final with Belgian Kenneth Van Gansbeke with Oates booking his place in the final with holding down his opponent for another ippon win. Oates faced another Belgian, Jasper Lafevere, in the final. It was a tight contest until the closing stages, when Oates produced a huge throw to score ippon and take the gold. Following the victory Oates said: “It is important to win tournaments. I’ve been winning matches and winning medals, getting to finals and bronze medal matches and winning a tournament is a big thing. “It was quite a strong group out there today and to actually win a tournament is a tough thing to do, so that’s why it was really important to me.” Another London 2012 Olympian Pawel Zagrodnik of Poland won an -66kg bronze medal with an ippon throw inside one minute against Oates’ semi-final opponent, whist Van Gansbeke narrowly took the other bronze by yuko. 2008 Bejing Olympic silver medallist Ludwig Paischer won gold at -60kg with a convincing victory over Poland’s Lukasz Kielbasinski, throwing him for ippon inside two minutes. The Austrian had earlier beaten Alon Rahima of Israel by ippon, followed by a narrow yuko win over Laszlo Burjan of Hungary. Burjan went on to take a bronze medal, along with Kamel Mohamedi of France. Marco Maddaloni won an all-Italian final in the -73kg category, beating compatriot Andrea Regis by Hansoku-make. Great Britain’s Jan Gosiewski could only take fifth after losing in the bronze medal contest to Russia’s Egor Rybin by ippon inside 30 seconds. Tomak Zakheim of Israel beat Germany’s Soshin Katsumi by ippon to take the other bronze medal. There were seventh place finishes for two other British athletes, with Nathon Burns at -66kg and Patrick Dawson at -73kg both losing out to the eventual gold medallists. Tomorrow sees the heavyweights take to the mat with the -81kg, -90kg, -100kg and +100kg athletes all in action. First contest starts at 10:00 and you can watch the action online at http://www.eju.net/calendar/?mode=showLiveTransmission&id=1447