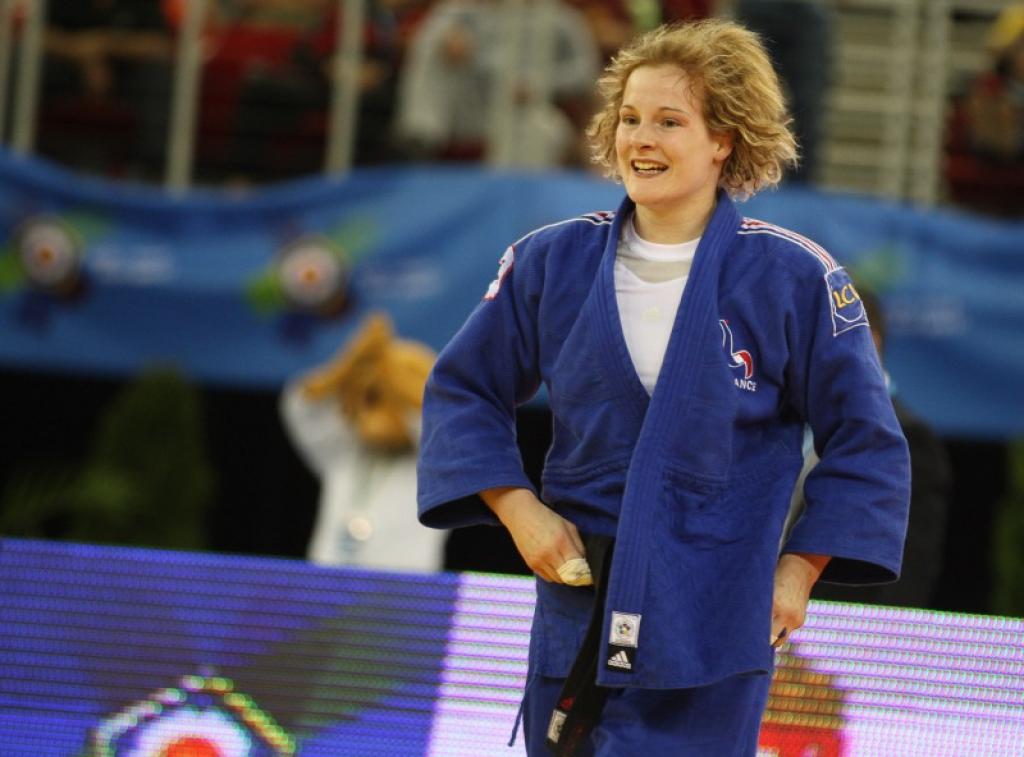 Lucie Louette crowned her beautiful year with the European title. In the final she was able to defeat Ana Velensek of Slovenia who claimed the third medal for Slovenia at the adidas European Championships. Both fighters knew eachother well and both had won and lost before in head-2-heads. In this strong category, which was one of the best categories at the Olympic Games, any medal has a meaning. This category becomes more and more European, with a wide array of competitors. This year Louette won the Grand Slam of Paris defeating Akari Ogata and now she continued her successful year.

Louette said: “This is my first European title. I had medals of all colors before, but never gold. The gold was still missing. So it feels great. I had very good day in spite of the long wait in the morning. The toughest match was the semifinal against (Abigel) Joo (HUN), because she was at home and the crowd was behind her. This was the match to win for me.”

Velensek should not be underestimated as she won two consecutive bronze medals at the last two European Championships. Louette lost her second European final in her career after being runner-up in 2011. Last year she failed with a seventh place.

It was Velensek who scored the first waza-ari in the first minute, but Louette came back strongly with a  waza-ari. In the last minute Velensek scored a yuko and led again, but Louette struck with a straight ippon 39 seconds before the end.

The Slovenian commented: “I am disappointed. I wanted the gold. I came for the gold and now I have to leave with silver. I could have done much more in the final. I wasn’t at my best. The semifinal (against Audrey Tcheumeo) was the hardest fight today.”

The bronze medal fight U78kg was also a spectacular one. Abigel Joo who was sent to the bronze final by Lucie Louette, had to fight German Luise Malzahn for the medal. The expectations were very high for the number five of the Olympics and current European Champion. She could only do the ultimate to cash-in the expectations. If it’s not bronze, then a bronze with gold edge. She defeated Malzahn by yuko and celebrated the medal with the public and mascot Judoggy in front of the satisfied fans.

Joo commented: “It was very difficult for me to compete in front of a home crowd. I cried before my first match, because I was looking around and I saw so many friends and all the supporters. I couldn’t manage this situation. I was very tired. Every second year is mine, I won gold in 2010 and in 2012. “

The other bronze medal was between Marhinde Verkerk, the 2009 World Champion and Audrey Tcheumeo the 2011 World Champion. It was a tough match with three shido for both women, so not risk was allowed which opened the match for Verkerk. She scored the waza-ari and claimed her second ever European medal. In 2010 she won a silver medal, but today’s victory over Audrey Tcheumeo counts. “I am quite happy with the bronze medal. I was close to winning in the quarterfinal. The last match was the hardest one today and I am glad it finished this way. At least I got the bronze.”