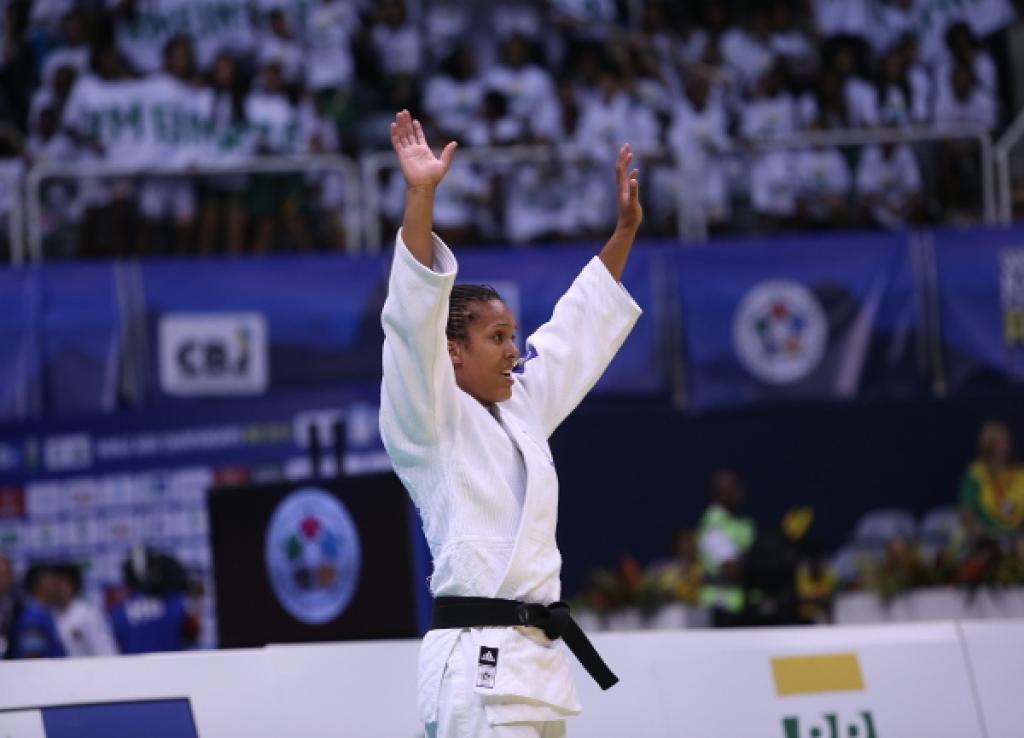 There was an emotional farewell for Olympic champion Lucie Decosse (FRA) who brought her career to an end in Rio. The French all-time great and three-time senior world champion was unable to secure a fairytale swansong despite a tenacious effort as the 32

Decosse took an age to the leave the tatami after losing the bronze medal contest as the reality set in that she had graced the tatami for the last time in a career where she become a superstar in the sport. After leaving the competition tatami for the final time, Decosse entered the mixed zone and told the media: “By finishing in fifth-place everybody is looking at me like I won as everybody is crying. It was a really emotional day for me. At the same time I’m still a competitor, I’m going home without a medal and I don’t like it. “This morning when I left hotel I never imagined a second where I wouldn’t win a medal. In my career it won’t count having finished fifth and tonight I’m upset. The girls were just better than me today. It is one of the only times that I’ve got that impression. I took some pleasure today in fighting but I know that I won’t come back because judo is hard and it’s always necessary to fight and train. I gave my last energy tonight and it is time for me stop.” text: by IJF Read the World Championships eBook: