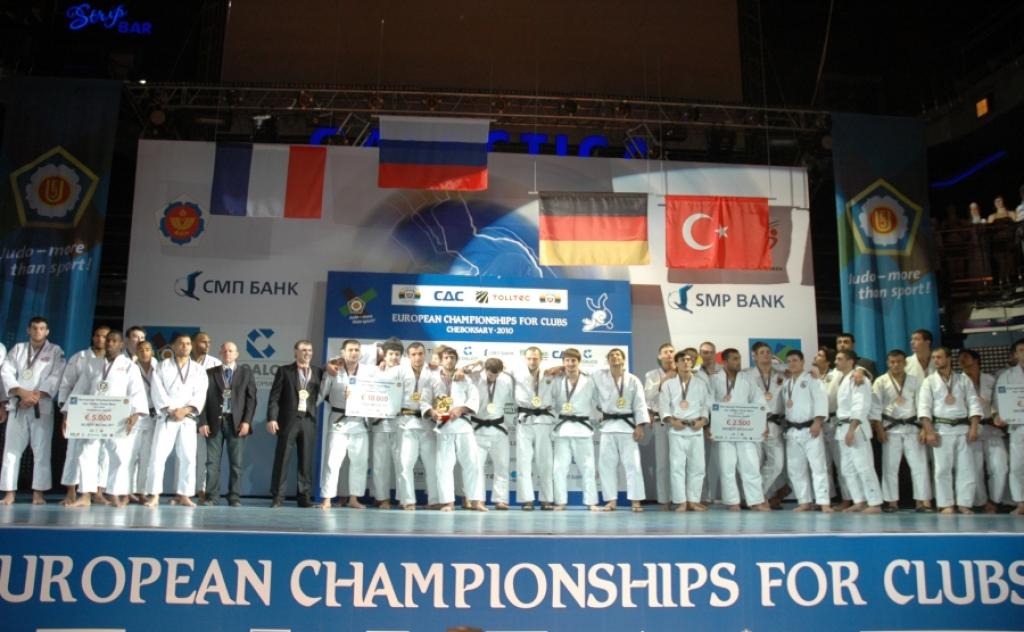 Home advantage cannot completely account for the gold medal winning performance of Yawara-Newa; in any case, they win when away from home! Perhaps today’s win has more to do with the fact that seven is considered a lucky number in Russia and the defending champions made the most of that piece of luck. Not that they needed any luck.

Our reporter Sheldon Franco-Rooks reports from the spot.

Yawara-Neva made light work of Kocaeli Belediye Kagitspor (TUR) with only Synyavsky U90kg and Bondarenko +90kg winning their contests. The upset came in the match between TSV Abensberg (GER) and Saint Genevieve (FRA) the latter coming here as underdogs especially when pitted against the “might” of former champions Abensberg. But Larose U66kg threw Zantaraya with Tani Otoshi for ippon with 10 seconds left and when Pina (Abensberg) lost his head and leg-grabbed Riad U73kg the French began to smell an upset. Order was restored when Bischof U81kg threw Salomon within the opening five seconds with Morote Seionage for ippon. Iliads almost came unstuck when he was thrown for waza-ari by the dangerous Gobert. But the Greek, Georgian, German (apologies for any confusion) did what was expected of him and threw Gobert for ippon. Toelzer +90 made short work of Le Normand to make the score 3-2 at the half way point.

When the teams came back out for part two Abensberg had replaced Zantaraya with Mitterfellner, Bischof with Maresch and Toelzer with Gujejiani. With hindsight, this will be seen by many as an error. All three replacements lost and poor Gujejiani was beaten in the last few seconds attempting Yoko Otoshi when leading by two yuko. Abensberg went down 6-4 and Saint Genevive took their place in the final.
It was a spirited effort from the French with three particularly exciting highlights. Going into the second half 5-0 down the French pulled three contest back. Emilien -73kg threw Isaev with an unforgettable Uchi Mata that had the crowd gasping and Isaev in a state disbelief. Gobert threw Gasiev with a stunning Ko Uchi Gari Uchi Mata combination and Kemouche +90kg almost embarrassed Saidov with the speed of the application of his Shime Waza that had the Russian tapping energetically. The final score of 7-3 was just about right.
Lucky seven for the Russians.