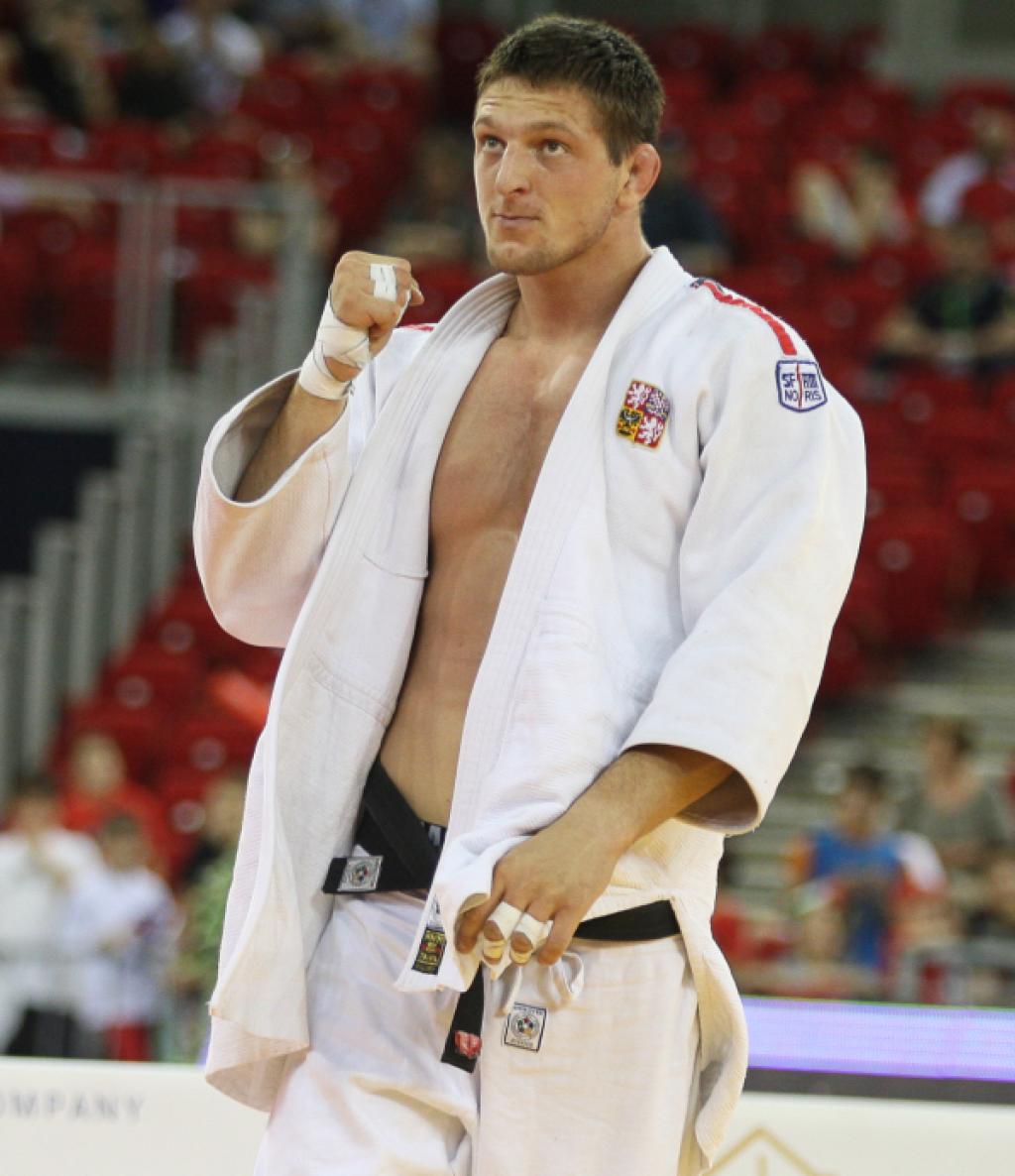 Lukas Krpalek has won the first ever gold medal for his country Czech Republic. It was the dream final with the two highest seeded fighters and the top in Europe: Lukas Krpalek had to face Henk Grol. The Dutchman is the nemesis of the strong Czech who is the current European U23 Champion. Grol defeated him at the Olympic Games and two times before. Supported by many Czech fans, this was the day of revenge for Krpalek.

Grol had injured his thumb some weeks ago but wanted to start here in Budapest. Despite his Olympic bronze medal he needed a golden success. He was the European Champion in 2008 in Lisbon but in 2009 and 2010 he lost the finals of two European and two World Championships. Despite the injury he had a good grip on Krpalek who conceived the first penalty but also Grol was penalised after two minutes.

The fighters know eachother so well which wasn’t in the favour of the tactical match. Krpalek was close to the first score but Grol could defend the attempt. In the last 30 seconds it was Krpalek who took over Grol successfully and scored the waza-ari. Grol couldn’t prevent his first loss against Krpalek and lost his third European final in his career.

More importantly it was the first great senior success for Czech Republic in the history. In the men’s division only Jaromir Jezek had won a bronze medal.

The bronze final was between France and Israel. Cyrille Maret was still concentrating while the match had started for 6 seconds against Or Sasson of Israel who scored a waza-ari immediately. But Maret consolidated his false start and got more grip on Sasson, the winner of two European Opens this season. He completely came back in the match halfway the match when he scored a waza-ari too. With a shido for both fighters the match went into golden score.  It didn’t take long for the referee to penalize Sasson which gave Maret the bronze medal. This year he had already won a gold medal at the Grand Prix in Düsseldorf.

Jevgenijs Borodavko scored a waza-ari after one minute in his bronze match against Elmar Gasimov (AZE). With 100 seconds to go Borodavko finished the match with a straight ippon and won his third European bronze medal. Previously he won bronze in 2009 and 2011, all odd years.

Borodavko lost his quarter final match against Henk Grol and defeated Toma Nikiforov in the repechage, who left the tatami injured with a dislocated shoulder.

The winner said after his victory: “I am very excited and happy to have won the title. This medal is very valuable as we didn’t have a gold in a long time. We had a bronze in 2011 (Jaromir Jezek). (on coming to the Championships as the top ranked judoka) I felt enormous pressure. It is not easy to win when you are the number one.”

Grol commented: “I have a problem with my hand but it is not broken. I am not satisfied. I have already a lot of medals and could have done better here. Now my next goal is the World Championship.”

Cyrille Maret was satisfied with bronze: “This bronze medal feels good after the tough start of the season. You always can do better. You don’t lose in the semifinal, but I lost. My first fight wasn’t so good, I didn’t get quite into it, but then I was able to improve from match to match, but then I lost the semifinal. Grol was too strong for me. I knew he was injured. I did my judo, but I didn’t move enough.”

Jevgenijs Borodavko (LAT), bronze: “All my matches were hard today. My goal was to improve myself and I didn’t quite do that today. Overall I am pleased. Life is good now. I am glad I was able to win the match for third place. I am satisfied for now.”