Lukas Krpalek showcases his form with double victory at Universiade 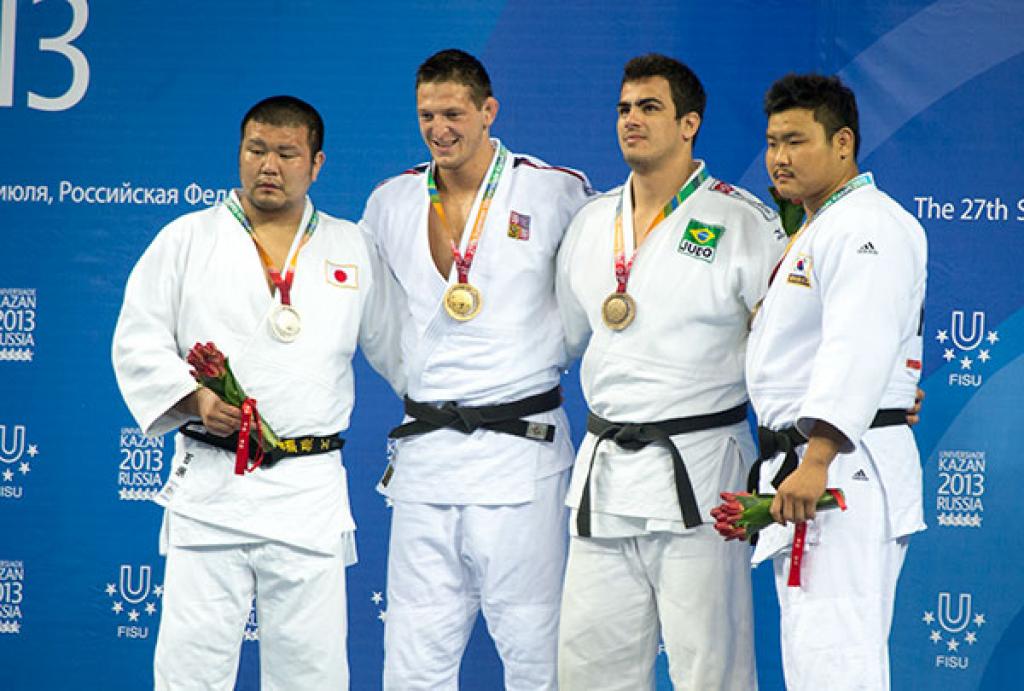 At the last and fourth day of the Universiade in Kazan the biggest surprise was the loss of Olympic Champion Arsen Galstyan against Shinji Kido (JPN). The home favourite was kind of equal against the hyperactive KIDO Shinji. But the Japanese judoka scored ippon a few seconds before the end of the fight with a superb ko-uchi-gari.

Good performance by Pavel Petrikov (CZE) who won the bronze against Michael ITEN (SUI) with a single shido. But the score doesn’t reflects the intensity of the match, where both fighters went to the limit of their forces.

Europe cheered for Alessya Kuznetsova who won the second gold medal for Russia this event. The small tornado defeated French Scarlett Gabrielli who dominated the Russian. But Kuznetsova suddenly found a good opportunity to conclude on the ground with an armlock after a long and effective ground work session.

Maryna Chernyak (UKR) won bronze against Ebru Sahin (TUR) with a counter attack on the edge of the competition area. Cuban  Dayaris Mestre won by a penalty against Ewa Konieczy (POL).

In the Open category for women Idalys Ortiz took revenge on Brazilian Nunes this time after having lost the plus category earlier this week. The match turned into the advantage of the Olympic Champion, who won by penalties. The bronze medal went to Yelyzaveta Kalanina (UKR).

In the men’s Open class Lukas Krpalek steels the show with his second Universiade title this week. He seems to be in a good shape for the World Championships

The Czech fighter, defeated Jean Sebastien Bonvoisin (FRA) the preliminary rounds. As well as Maciej Sarnacki (POL) and gave no chance to Kim Sung-Min (KOR) in the semi-final. In the final Japanese Masaru Momose, who despite a waza-ari scored during the first half of the final, was not active enough and got incomprehensibly penalized four times for passivity. It does not happen often that the same fighter wins two titles during the same competition. Lukas Krpalek is the first athlete who won the Universiade in a lower category and the Open.

At the end of the four first days, Korea counts four gold medals, Japan three, Russia, Brazil and the Czech Republic sharing two gold medals each, when France, Cuba and Hungary have one gold. All together 19 countries have stepped on the podium in Kazan, and 33 countries have had athletes in the top five, among the 63 delegations that participated in the individual tournament.

Read more articles on the Universiade in Kazan