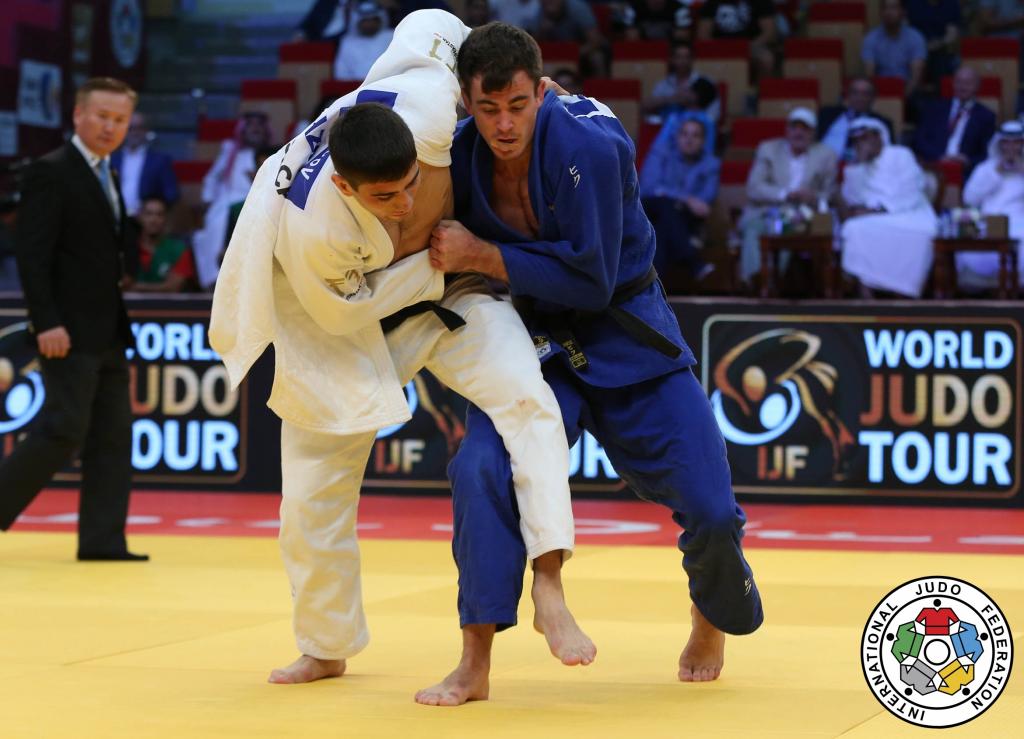 His name may not have been the first to jump off the page. Yet Tommy MACIAS (SWE) gave a convincing performance in winning gold in the -73kg category on day two of the Abu Dhabi Grand Slam. In a field that contained both Olympic and world medalists, 23-year old Macias showed not only that he could mix it with best, but also that he was capable of beating the best, including world number one Rustam ORUJOV (AZE).

Macias began the day with the benefit of a bye in the first round. Thereafter, it was down to action as he disposed first of Sam VAN T WESTENDE (NED) by throwing him four times with a bewildering array of techniques. It was a truly chastening defeat for the 25-year old Dutchman. Next up was number two seed Musa MOGUSHKOV (RUS). The Russian fell behind with a little over a minute left to go in the contest when he collected a shido for passivity. The pressure told on Mogushkov as in an effort to get ahead he launched an attack with ko uchi gari that was countered by Macias with ko uchi gaeshi for ippon.

In the final Macias faced Olympic silver medalist Rustam Orujov. The Azeri scored first with uchi mata sukashi for yuko. But Macias bounced back almost immediately coming up with a ko soto gake that saw him bring down Orujov for waza ari. From there on Orujov was frustrated and unable to pull back the score. Macias fought cleverly and took the contest without falling into the trap of being overly defensive. This must have been a particularly pleasing win for Macias given that he had lost to the Azeri in all three of their previous encounters. Macias will be eager to repeat this success and to establish himself as one of the best in the category.