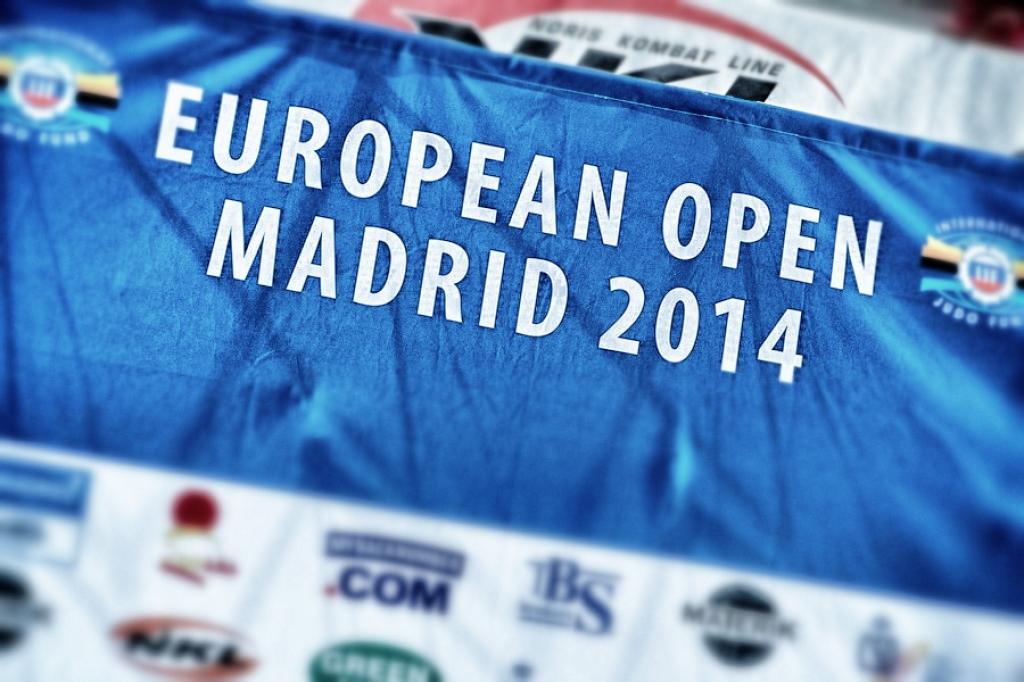 The European Open Madrid 2014 signals the start point for athletes seeking to collect points to qualify for the Olympic Games to be staged in Rio in 2016. „We are back again at the start of another Olympic qualification cycle. It is a hugely exciting moment for everybody – athletes, coaches, referees – who have all worked hard these last two years“, said EJU Vice president Mr. Michal Vachun after the draw.
Almost 370 judoka from 46 nations have arrived in the Spanish capital. The nation with the largest entry, after hosts Spain with 49 Judoka, is France with 23 competitors. Interesting to note is the change in nationality of Esther Stam who previously represented The Netherlands. The dutch born judoka will now compete in the women’s -70kg for Georgia.
Other athletes to look out for are Julia Pena Figueroa -48kg, Helene Receveaux – 57kg and Maria Bernabeau -70kg all of whom will be seeking to retain their titles. That list is further enhanced with the appearance here in Madrid of Corina Capriourou, Olympic silver medalist from 2012, Andrea Chitu, European bronze medalist from 2014, Euan Burton, world bronze medalist from 2007 and 2010, Ramadan Darwish, world bronze medalist from 2009 as well as Elio Verde world bronze medalist from 2009.

Here is the interview with Mr. Michal Vachun. He speaks about the points system for the qualification period leading to the 2016 Rio Olympics: