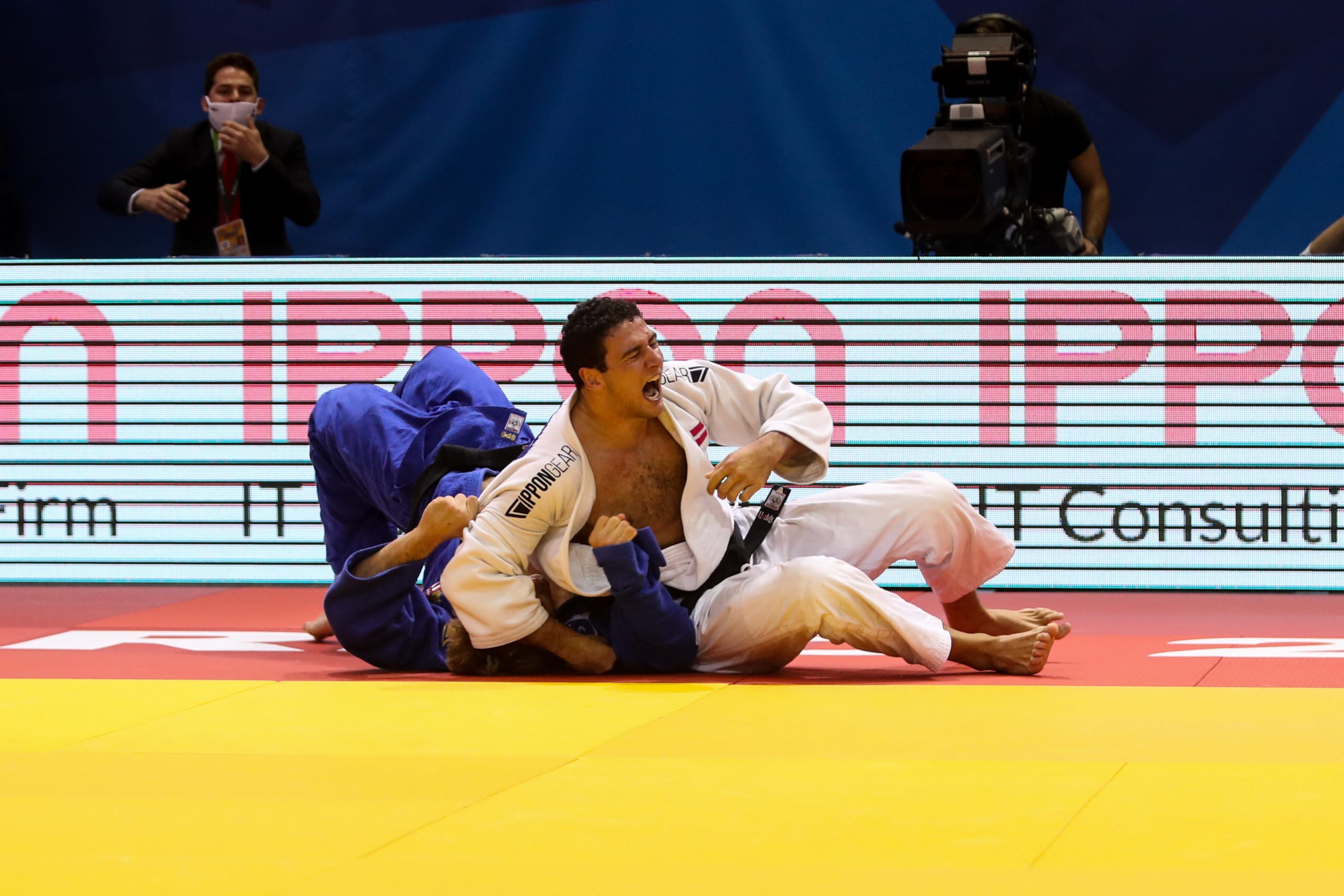 Mathias MADSEN of Denmark had resounding success last week in Croatia in the U23 European Championships, taking the first European title in any age category for his country. Not only was his judo impressive and achievement of equal appraisal but he overcame previous defeats to conquer the -100kg category and make history.

Starting in his local judo club which had ties to his school, it wasn’t long before he needed to make the move to bigger clubs with, of course, bigger people in order for him to improve. Soon enough, he was training with the national team.

Though there are countless great judoka to idolise as a youngster, for Madsen it was Kosei Inoue, the Millennium Olympic Champion and three-time World Champion. The Japanese athlete-turned-national coach is an inspiration to many for his aesthetic style, not necessarily an easy feat for a heavyweight judoka.

I have looked at Inoue, because of his great fighting style which is a bit similar to mine especially the fast feet. He has always been an inspiration, and made judo look easy and elegant.

The U23 European Champion is part of the Amager Judo School but training at the national centre with the national coaches on a daily basis in Copenhagen. With this recent success, it could be encouraging for young judoka despite the current health pandemic.

I really hope that it will encourage the popularity, but in these corona times it seems tough for contact sports. The popularity has decreased over the years, and I hope that with this will be the turning point, and grant more focus on judo in general.

Popularity is of great importance, especially for sports like judo that aren’t of the highest priority in a lot of countries which in turn can greatly affect government support and funding. Madsen’s success will undoubtedly draw attention, a historic moment for Danish judo, but the question is, why did it take till 2020 for the Danes to pick up a European title?

I think it is because of the long talent program that is now beginning to pay off. This has been underway for a long time, and we have properly developed a better structure. It has always been hard for Danish Judo to keep the fighters going from the Juniors to Seniors, because of the missing funds given to the fighters. Therefore the individual fighters had to work hard to get decent sponsors to fund their careers. This has resulted in great potential gone to waste.

IpponGear, an EJU sponsor and of course, sponsor to huge names including World and Olympic Champion, Lukas KRPALEK (CZE) can be seen on the gi of Madsen. With a focus on up and coming athletes, it seems IpponGear really honed in on the abilities of the young Dane.

It’s a big honour to be a part of such a professional brand. With big names under their wings they make a big effort and are really good at recognising your achievements, making everyone feel special at all levels.

Coming in to a tournament as the #1 seed can either reinforce the strength of an individual or add extra pressure, for Madsen, it’s the former and certainly helped in his mental preparation, especially in his final against VEG Zsombor (HUN), whom he had ceded to in the past.

I did not really feel any pressure when I came to perform, because I knew what I was capable of, because I knew if I just stuck to the plan, it would work out. I have been in this situation before, being #1 seed, and therefore I knew that being #1 is not always equal to victory. But it was an amazing feeling to be #1 throughout the tournament, regardless. I had looked forward to this match, so I could redeem the last matches. It was a new year with a new opportunity, and I felt much better this year than last. Even though he (VEG) had not been performing at the Juniors, he looked on fire that day, especially after beating Saneblidze in the semi-finals, he looked fired up for a good final. I knew what he was capable of, so it came as no surprise.

The fight perhaps didn’t get off to the start he imagined but this did not deter him from the ultimate goal.

I knew he had a dangerous sumi gaeshi which he had thrown me with before, so even though I knew it would come, there was nothing I could do to stop it. I knew that if I stuck to the game plan, everything would turn out well. There was a lot of time left when he threw me so there were no worries or hesitation. I came to this tournament in really great shape both physically and mentally which meant I could show a great surplus and turn it around.

Within two exchanges, the Dane jumped to his feet to celebrate his U23 title. It was an emotional moment, for himself, for his coach and relief flooded both, proof that indeed the long development plan in place for these athletes was working and the fruits of their labour were now in their hands, golden.

I was really happy, no words can describe it, just full of emotions. I have looked forward to and fought for such a title for so long now. It is just something special to stand on top of the podium and hear the national anthem at a championship. After missing out on the podium so many times at the championship this was just a huge redemption.

This medal was not only mine it belongs to everyone who helped me, without a strong team in the background none of this would have been possible. It means a lot for Judo in Denmark, I hope there will be more attention on the lovely sport and hopefully we can qualify one for the Olympics next which would be a very big achievement.

The 21 year-old is #42 in the WRL and continues to climb. If you’ve looked ahead, you’ll have seen the recent champion will be back amongst his senior peers in the Senior European Championships held in Prague this week. He will have some seriously strong competition in the -100kg category but whose to say the up and coming Danish judoka won’t continue his European Championship streak!