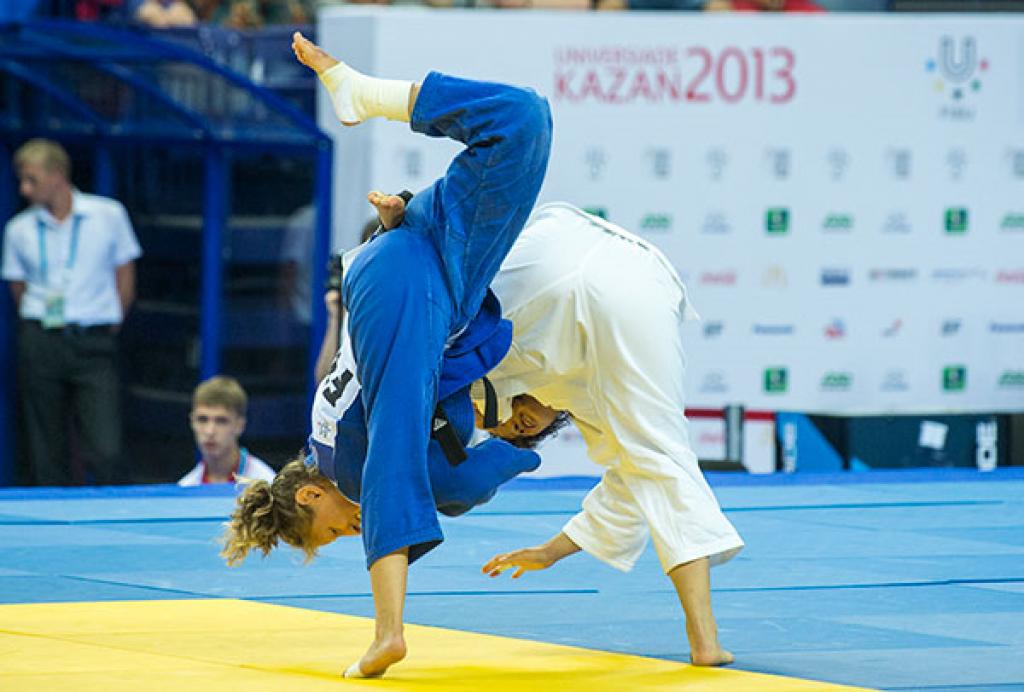 At the second day of the 27th Summer Universiade in Kazan Europe collected one more gold medal. Korea though was very strong claiming another two gold medals.

In the Tatneft Arena the 103 athletes of the day literally produced a ippon festival. Maelle Di Cintio, who finished second at the Abu Dhabi Grand Prix last year, won the first gold medal for France in this tournament. In the final, she defeated the 20-year old Japanese, SANO Kayoko, after a very tactical but intense and interesting to follow fight. Even though that throughout the duration of the combat, it looked like the victory could go either way, particularly at the end, Di Cintio was strong enough to keep her small penalty advantage up until the end.

Korea won a second gold medal U90kg by Gwak Dong-han, who at the end of the match accumulated less penalties than his more experienced opponent, BUNDDORJ Janchivdorj (MGL).

Alexandr Jurecka (CZE) seems to have a subscription to bronze medals. Kirill VOPROSOV (RUS), who tool the victory (waza-ari) with a huge shoulder movement that was first counted as ippon, before being corrected by the two judges sitting behind the video table.

The first bronze medal was won by Mammadali MEHDIYEV (AZE) who defeated GAO Haiyuan (CHN) by ippon after an incredibly intense fight, both fighters putting a lot of energy in all their attacks. The second bronze medal went to the Hungarian delegation, with Laszlo CSOKNYAI who didn’t give a chance to LEE Seungsu (KOR) and pushed him to be penalized four times for hansokumake. Laszlo CSOKNYAI (HUN) exploded with joy as if he had won the title.

Read more articles on the Universiade in Kazan.