Magomedov gives Russia even more luxury as successor of Nifontov 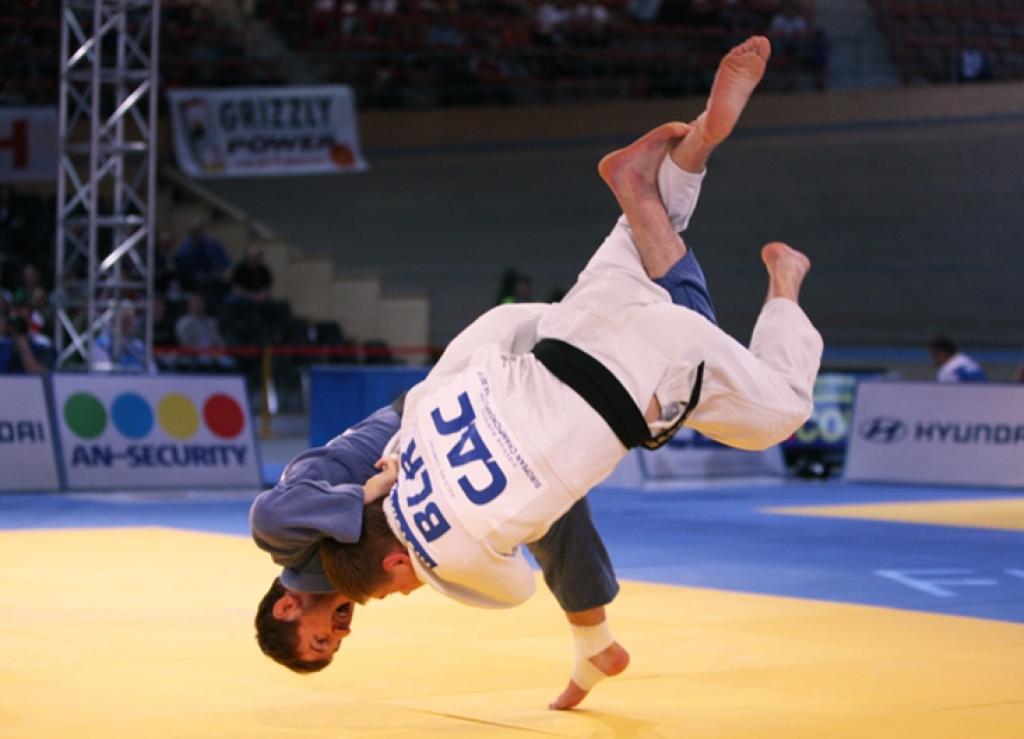 Sirazhudin Magomedov (RUS) was in a good form today, his last matches were by even the best ones. He defeated former World Champion Guillaume Elmont by ippon in the semi final. In the final his opponent of Belarus Aliaksandr Stsiashenka was surprised within one minute as well proving that Russia have a fantastic team.
Magomedov made it a special day, a lot of fabulous throws and good combinations, surprising debutants and amazing fighters.

On Sunday the number one choices will be added to this occasional team of Ezio Gamba. But today’s medals U73 and U81 count in the team. Magomedov is a good alternative for world and European Champion Ivan Nifontov who’s 4 months younger.

Euan Burton was one of the favourites in advance. The two times European bronze medallist received a bye in the first round of the -81kg competition and won his first fight against Arutyun Sarkisyan of Ukraine, after the Ukrainian was penalised three times for passivity.
Progressing to the quarter final, the Scottish fighter faced Guillaume Elmont of the Netherlands. After both players received penalty warnings, Burton pressed forward and was caught for ippon, losing the bout.

Fighting in the repechage, he faced Sergiu Toma (MDA), an opponent that Burton lost to at the Paris Grand Slam last year. But it was a different story in this re-match when Burton managed to maintain control of the fight to secure the win and go into bronze medal fight.

It was then down to the final fight against Antoine Jeannin of France for the bronze medal. Burton held his opponent twice on the ground to score yuko and even up the score before throwing for ippon.

Guillaume Elmont lost his semi final and had to fight Levan Tsiklauri, the silver medalist if the IJF Grand Slam in Paris. Former World Champion Elmont couldn’t get grip on Tsiklauri who didn’t show anything either, but Elmont seemed to give away the match easily after showing some good matches earlier. But one minute before the end, both fighters make a move and Elmont benefit of Tsiklauri speed and the Georgian gave away his chance.