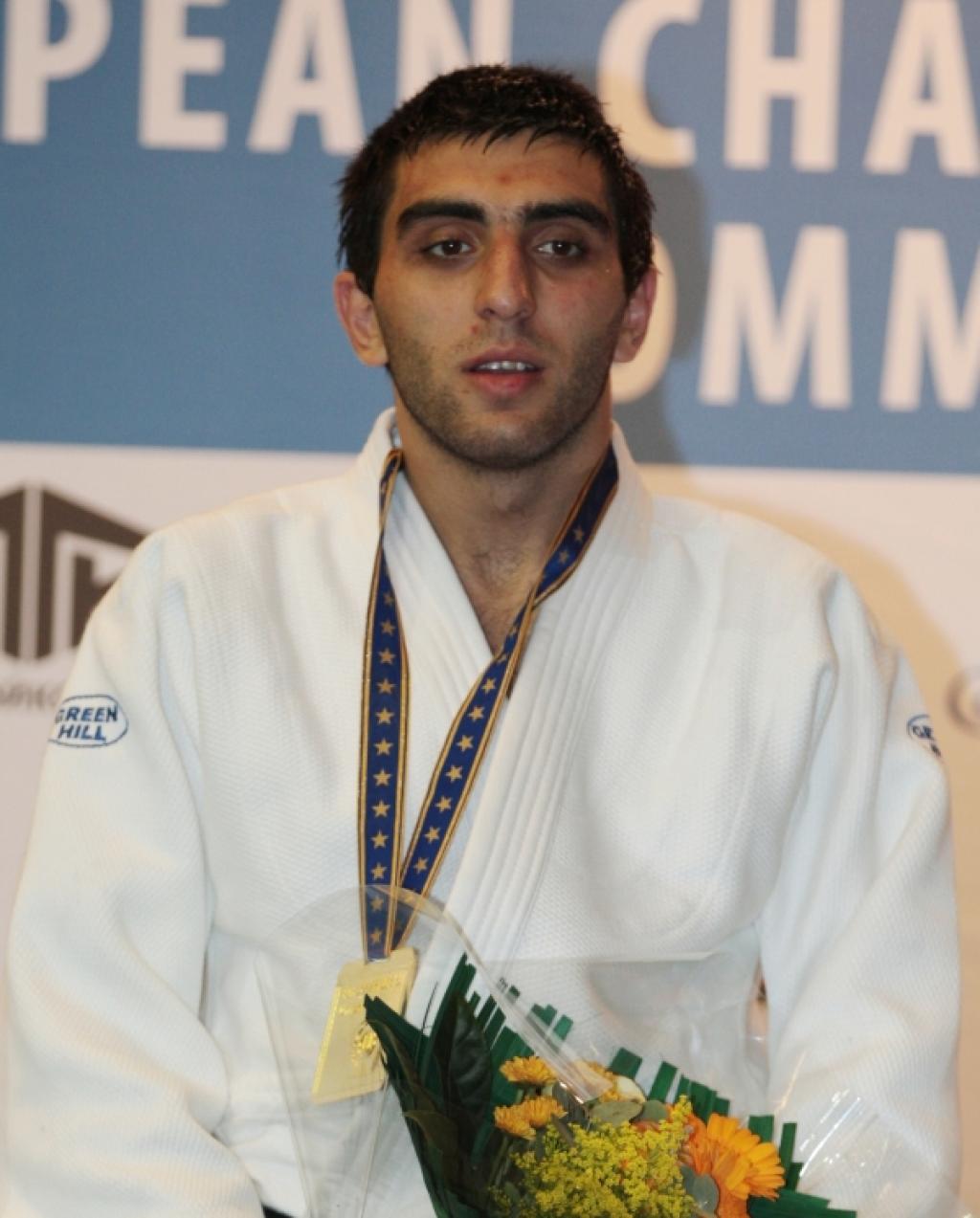 Max Stewart was the undisputed favourite in the men’s U73kg category. The Briton however was surprised after 19 seconds in the match when his Ukrainian opponent Rufat Magomedov scored waza-ari. Stewart who won three European Cup in the spring had to work hard to get grip on Magomedov who kept countering.
Stewart, son of 1988 Olympic bronze medallist Dennis Stewart doesn’t have the weight of his father and looks athletic and was expected in the final. He won all his previous bouts by ippon and entered the final with confidence.
In the last minute Stewart speed up his attacks but Magomedov remained creative and kept dangerous until the last minute. Magomedov wins the 10th Ukrainian European title for men. The Ukrainian women won 7 titles.

In the fights for bronze Georgia and Israel won the prizes. (RUS) Muki Sagi defeated Vladimir Zoloev while Mikheilli Chokheli defeated another Israelian Tomer Zakeim. Muki had won three medals this season in the European Cup and was expected to win a medal, but it took him until the golden score to benefit against the tall Russian Zoloev. Zoloev who had won bronze medals in Leibnitz and St. Petersburg in the European Cup tour couldn’t prolong the colour and ended fifth. Chokheli controlled Zaheim with a yuko and waza-ari score and won bronze for Georgia.