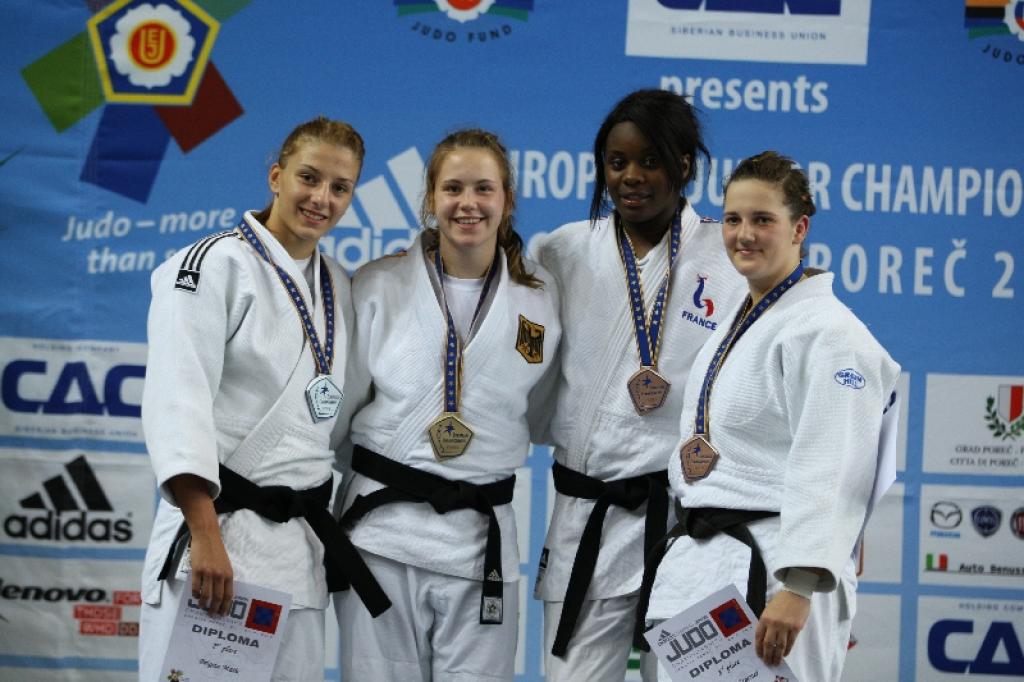 In the women category U78kg Croatia could win its first ever Junior European title. The same situation as Saturday when sister Barbara Matic was in the final U70kg. On Sunday it was the younger sister Brigita who had reached the final at the age of 16! Her opponent was Maike Ziech from Germany who was the only one to defeat Matic today. Matic lost after 37 seconds against the German.

Just like her sister Brigita was surprised by a fast action of their both opponents. At least they can be proud on their performance as youngsters. The gold was however for Germany.
Ziech had defeated one of the favourites in Anastaiya Turchyn (UKR) who was so strong this season. Ziech won four matches today to take the victory.

The German women have a reputation at Junior European Championships. Fourteen German women were able to take the European title. On Friday it was Sappho Coban who won U57kg. Topscorer is Hannah Ertel who won two European titles and one bronze.

Urska Gracner of Slovenia needed 20 seconds to defeat Karen Stevenson (NED) to take the bronze for Slovenia and defeated her second Dutch opponent in the final block.

Also the other bronze medal fight between Madeleine Malonga from France and Anastasiya Turchyn (UKR) didn’t take too long. After 48 seconds Malonga struck against Turchyn who was left with empty hands after her favourite spot in advance.