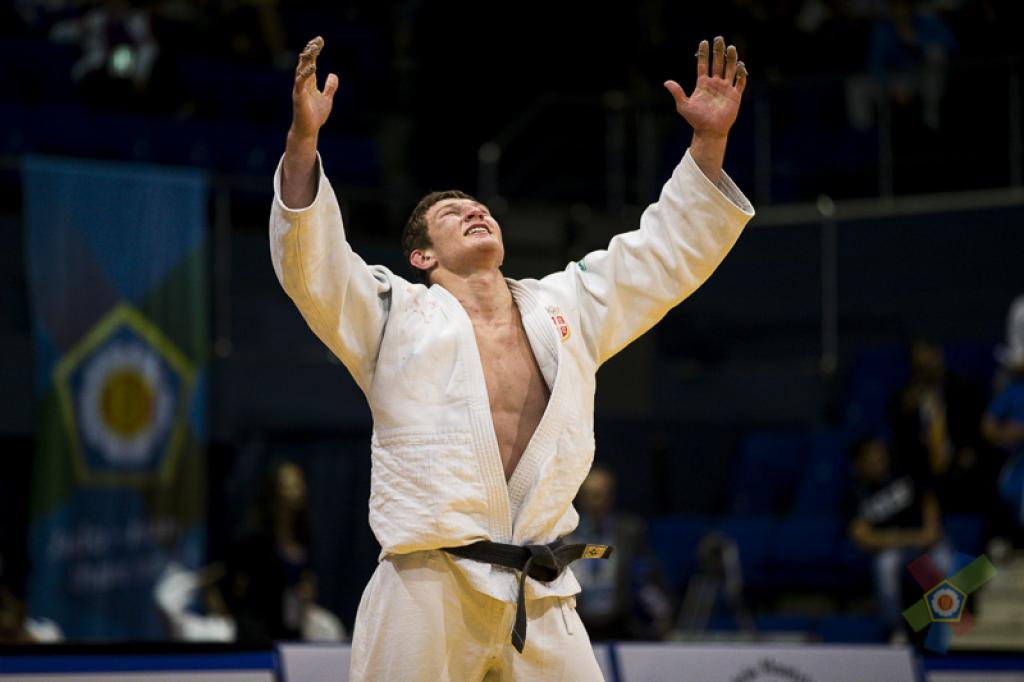 The brothers Majdov, Nemanja and Stefan, came close to pulling off an unlikely fairy story when they took gold and bronze respectively in the -81kg category on the 2nd and final day of individual competition at the European Championships for Junior’s in Bucharest. The 18 year old Nemanja came into the tournament ranked number 4 and began his charge toward the gold medal with a first round win against Ali Cecenoglou TUR. He followed this up with an exciting performance in the second round against Konstantinos Saridis GRE who he defeated by ippon. The Serbian’s quarter final win saw him drawn against Georigia’s Levan Gugava but Majdov was up for the challenge and squeezed past the Georgian 3 shidos to two. Meanwhile in the other half of the draw elder brother Stefan (he is 19) was making his way to the semi final where he faced Ushangi Margiani GEO giving the semi finals a certain degree of symmetry. Ushangi proved too strong for Stefan Majdov and the Georgian went into the final to face brother Nemanja. This proved to be a terrific battle with Ushangi, after picking up a shido, scoring waza ari first. Majdov came back strongly however and leveled the scores. Both players collected shidos toward the end of the contest but Majdov having only one shido was able to edge out the Georgian to take gold. Older brother Stefan defeated Stefan De Wit NED and took his place alongside his brother on the podium. In the other categories there were gold medal winning performances from Beka Gviniashvili GEO -90kg, Niyaz Ilyasov -100kg, and Yakiv Khammo UKR +100kg category. For the women there were gold medals for Gersack Sabina HUN -63kg, Sanne Van Dijke NED -70kg, Anastasia Turchyn UKR -78kg, and Jodie Myers GBR +78kg category.

For the rest of the day one results click on: http://www.ippon.org/ec_jun2014.php
Day three action featuring the team event begins at 11:00 with live coverage on: http://www.eju.net/calendar/?mode=showLiveTransmission&id=1843