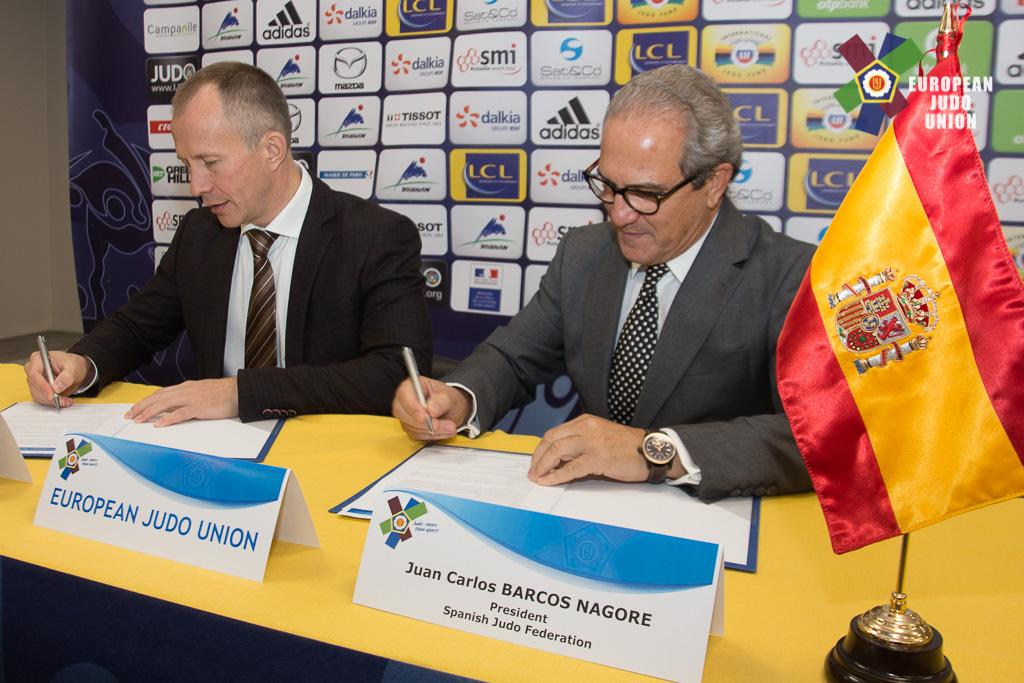 The European Judo Union has signed the contract for the next Junior European Judo Championships which will be held in Malaga, Spain, during 16 – 18 September 2016. The President of the European Judo Union, Sergey SOLOVEYCHIK and the President of the Spanish Judo Federation, Juan Carlos BARCOS were both at present during the signing. Mr. Barcos gratefully said: „We are proud that the EJU gave us the trust and the opportunity to host this important competition. I think we can improve the level because here in Malaga we have the experience to host the World Veteran Championships, the World Kata Championships, the Refereeing Seminar and some European Judo Cups like we hosted this weekend. We are convinced that we can do a good job and prepare a competition that can be positive for everybody.” EJU President Sergey Solocheychik added: „The Spanish Judo Federation has extensive experience to organize judo events and I am absolutely convinced that Malaga will organize a successful European Championships.”