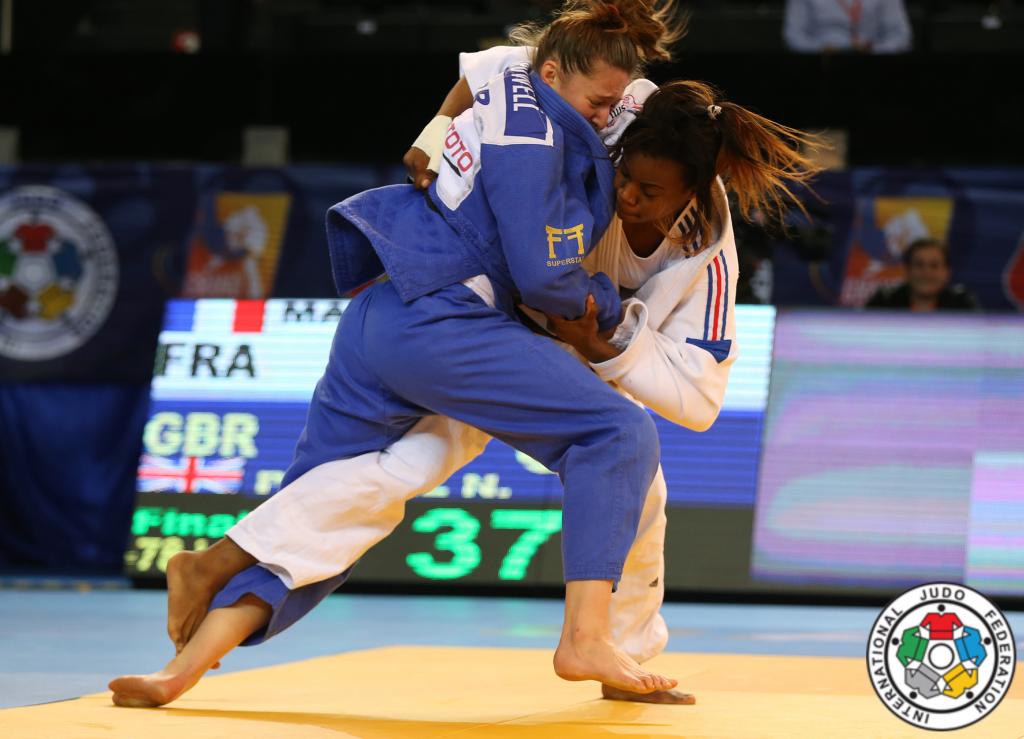 There are two possible reasons that could stop an IJF grand prix gold medal winner taking up a place at next summer’s Olympic games. Most likely is an individual will find him or herself in a category where a team-mate is also qualified and the latter gets selected. There is of course the second and dreaded possibility of injury. Madeleine Malonga FRA may yet find herself wishing away both such possibilities come next summer after her gold medal winning performance in the -78kg category on the final day of the Samsun Grand Prix. Quite apart from the emphatic and comprehensive manner in which she took the title (she won all of her four contests by ippon), the 21-year old French-fighter rose five places on the IJF world ranking list to hit the dizzy heights of the top ten for the first time in her young career. Malonga, one of the top eight seeds, was lucky enough to have a first round bye. Her day began in earnest with a second round win over Spain’s Marta Tort Merino. She then saw off number 4 seed Victoria Turks (URK) that set up a semi final match against the number 1 seed Luise Malzahn (GER) yet she too fell for ippon. “Luise (Malzahn) gave me my hardest fight of the day. She is one of the strongest, most physical fighters in the category,” said Malonga. The final was against Great Britain’s Natalie Powell whom Malonga threw right-sided with harai goshi before securing the British fighter in osaekomi with kesagatame. The pair had fought on four previous occasions with Malonga only winning once prior to today. “When I saw my draw I genuinely thought I could win the competition. I was keeping an eye on the contests involving 2013 world champion Sol Kyong PRK as I have never fought her before. I’ve fought Natalie Powell on several occasions and I don’t have the best record against her. But today after I defeated Luise I said to myself that there was no way I was going to lose in the final,” said Malonga. When asked about forthcoming plans Malonga answered “I may go to Zagreb for the grand prix and I’m definitely looking forward to the Master’s in Morocco.” When pressed about her thoughts on Rio 2016 Malonga said “There is a lot of talk about Rio, but I am realistic about my chances given that my team mate Audrey Tcheumeo is the current world number one.”