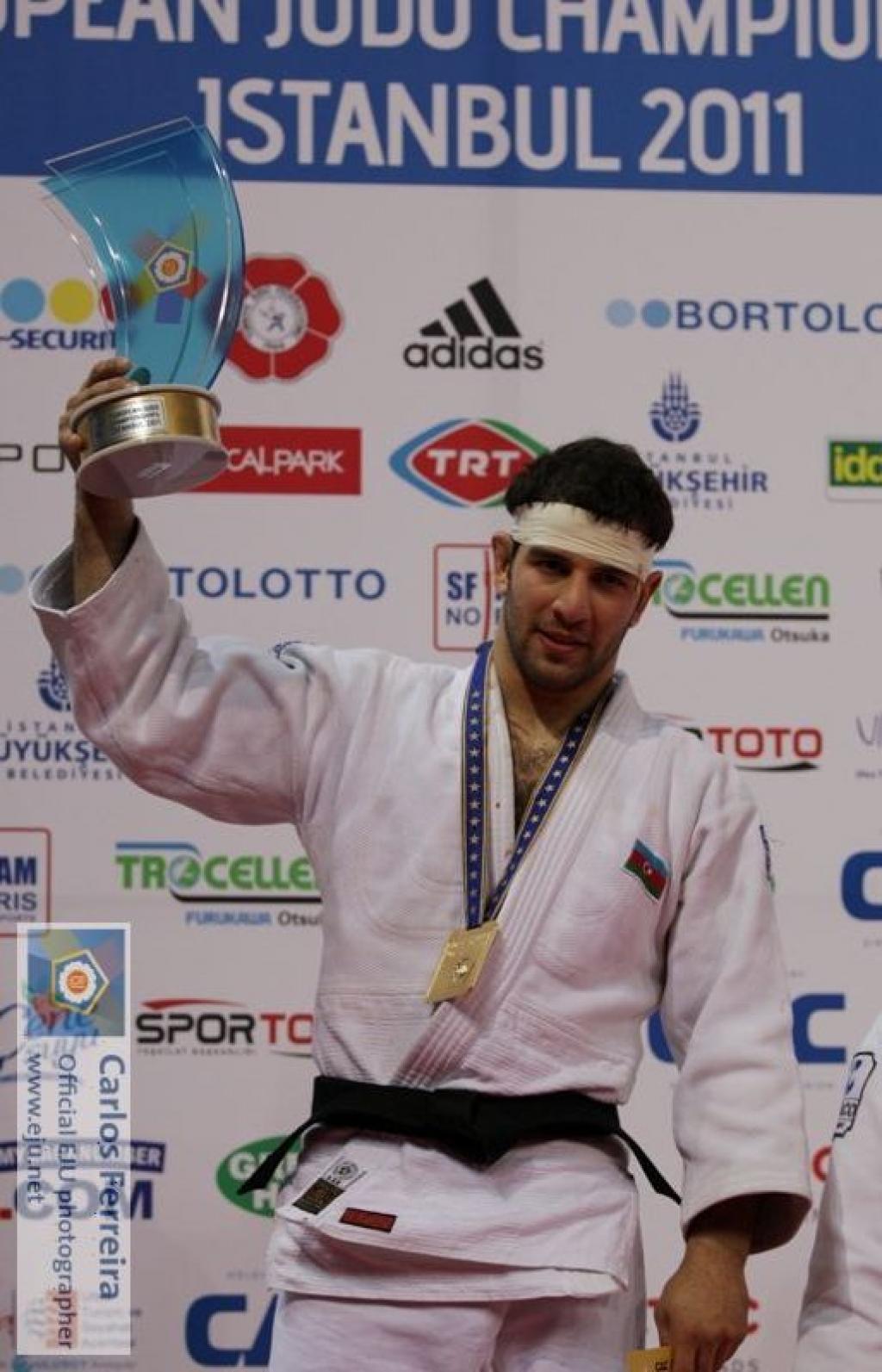 Elnur Mammadli (AZE) seemed to get back his shape again in his new category U81kg. The 2008 Olympic Champion U73kg won the European title in his final against Sergiu Toma of Moldova. The experienced Mammadli defeated Toma by oseikomi in the golden score.

In 2006 Mammadli won the European title in the U73kg category. This year he won the IJF Masters in Baku.
Sergiu Toma was the surprising finalist from Moldova. He could have been the first European Champion for his country but silver with a golden edge a marvelous performance for Toma.