Mandela Day 2012 in Porto sets a record with 5027 participants 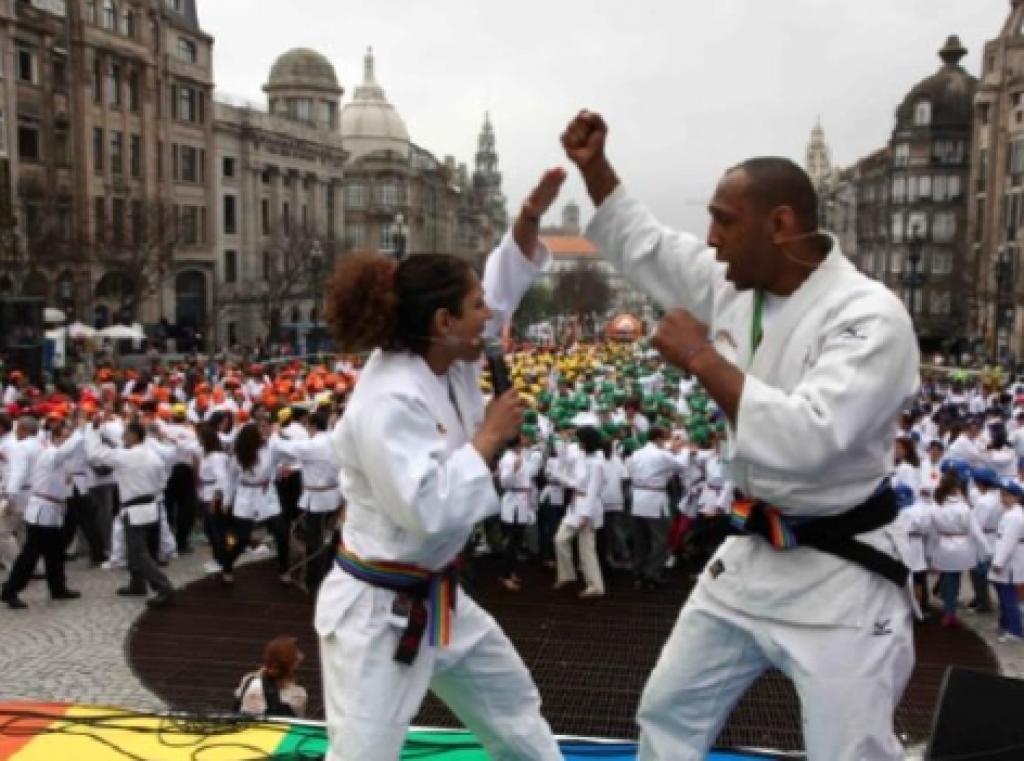 Nelson Mandela may have never been to Portugal, but Portugal celebrated Mandela day for the third consecutive time. First held Campo Pequeno in June 2010 with the launch of the movement Achieve, Collect & Give Back. Then in June last year, 4.419 pessoas present in Judo’s Biggest Lesson in the World, in the Palace Square. And this 2012 Mandela Day, in Porto with 5027 participants to make a wave in Rainbow Boulevard of the Allies, the main square Invicta’s flagship. All this added to the 10 letters, with 8 feet tall each, in beautiful Ponte D. Louis.

The images will come home to the Nobel Peace Prize winner, by the institutional Nelson Mandela Foundation, either by personal relationships between his wife Graca Machel and judoka Nuno Delgado, one of the greatest symbols of Portuguese judo.

Also international presence to watch this mega representation of the values of judo by Bénédicte Rouby, Education Director of the European Judo Union. Mrs.Rouby was very impressed by the demonstration and encourages the internationalisation of the event.
An achievement to get 5027 Portuguese participants, of all ages and conditions for a new Guinness World Record in Porto led by Nuno Delgado.

Last year more than 30 metros each of the seven colored carpets in relation to the rainbow and with the particularity of this year were only counted “civilians” since in adding the 600 soldiers who coordinated the construction of the final image also wore their kimono and carried all the movements of the choreography.
But this year opted to leave the classroom only for children, they continued to be coordinating the distribution of thousands of kimonos, caps and “rainbow belts”. The donation of kimonos for the social project “Building Champions for Life” to the sound of the Band of the Army and closing of the event.

All 5027 “judoka” sang the National Anthem at the sounds of the Army Band, “It’s in your hands to make a better world (“Está nas tuas mãos fazer um mundo melhor”) The presentations were accompanied with AfroLatin dance and a Performance of Mentecapta will be given, with the hymn “Achieve Collect & Give Back”.