MARET'S STEP UP: ONLY TEMPORARY 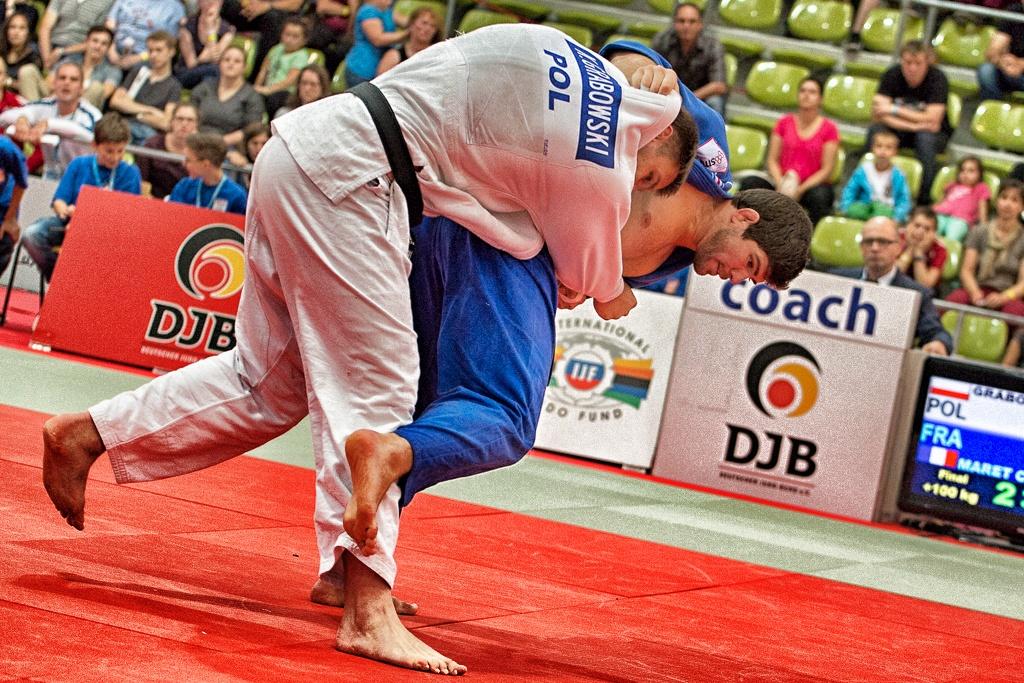 It’s hardly “new news” for a French fighter to dominate the heavy weight category. But if it’s not Teddy Riner then it begs the question who? In fact on this occasion it’s Cyrille Maret. The 100-kilo-man decided to move up a category to compete at the European Cup in Sindelfingen. „I don’t want to change to this category for any longer than this event. Because, as you know, there is already somebody else from France, and it could be difficult to get the number one spot “, he joked, whilst clearly his comments to superstar Teddy Riner.

Maret has just finished the EJU training camp in Castelldefels with the French team a few days ago. „For losing weight there really was very little time, but I wanted to have some fights before the World championships in August in Chelyabinsk. That was my aim today, to have some good fights“, the current Grand Slam winner from Paris said. His last competition was the European championships in Montpellier where he won a Bronze medal.
In Sindelfingen he eased his way into the final by winning three times in a row with ippon. Then in the final he defeated the Polish fighter Kamil Grabowski with a powerful O-Soto-Gari.
„For me it was important to win. It was a good competition with a good level“, the 26 year old athlete said. Maret won one of four gold medals for the French team. With that result the French team is on the top of the medal tablet, followed by Italy and the host nation Germany.

Watch all the photos in our photo gallery