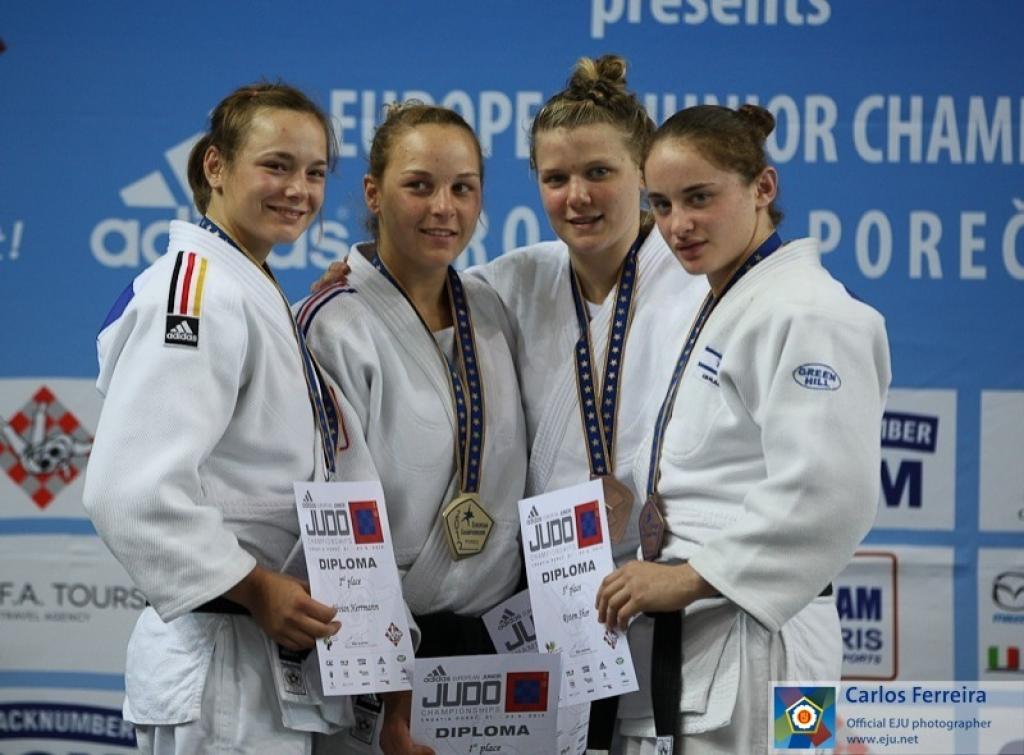 Another gold medal at the European Junior Championships for France in the category U63kg by Margaux Pinot. She prolonged last year’s title of Lommel in style. She needed approximately 90 seconds to defeat her German opponent Vivian Herrmann in the final. Although the match was quite equal suddenly Pinot launched a lethal throw to take Herrmann down.

Margaux Pinot is now one of the few women who have won the European Junior title twice for France: Carine Varlez won even three times. Audrey Tcheumeo won two titles, as well as Ketty Mathe.
Margaux won five matches today against heavy opponents, but she is without a doubt the strongest in this moment in Europe winning 6 major events this year.

Two tough bronze medal fights in this category, both the full four minutes and Israelian Rotem Shor made a strong impression the whole day, she took the first bronze medal in her fight against Dutch talent Do Velema. A warning in the last seconds didn’t make the difference and another bronze for Israel.

Lise Luyckfasseel took a bronze medal to Belgium. The blond Belgian fighter defeated Bosnian Samardzic in their last fight for the third place. In the golden score Luyckfasseek tried to defeat her opponent on the ground but Samardzic didn’t give and a tough decision was made by hantei in advance of the Belgian.