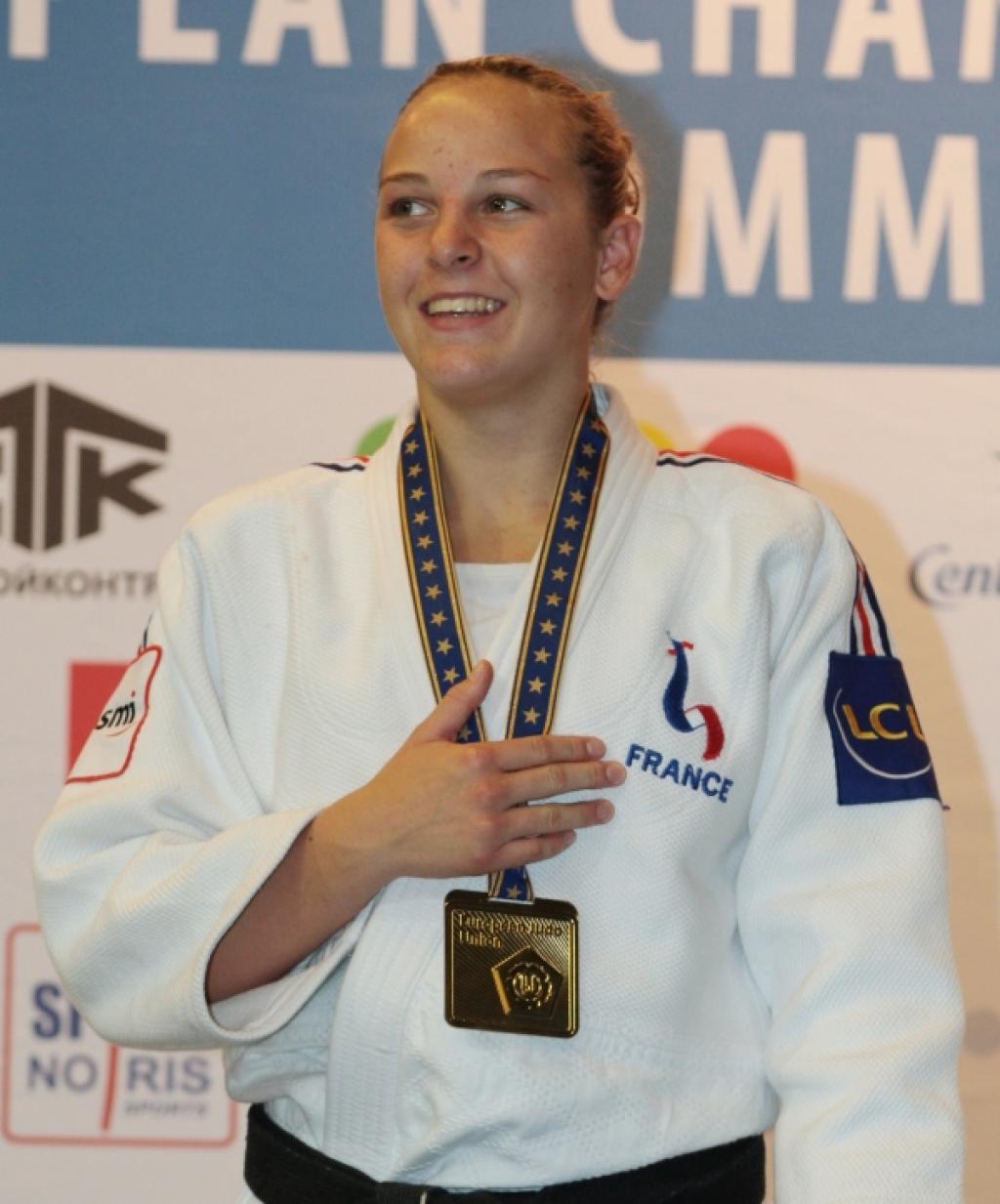 In the final in the women U63kg Margaux Pinot of France led after one minute against Dutch Jaimie Lee Leonora. For Leonora this was the second European medal. In 2008 she won silver at the U17 Europeans.
Leonora who won the European Cups in Lignano and Lyon was expected to peak here, but Pinot in the final was quite a surprise. She defeated Mia Hermannsson of Sweden in the semi final who lost her bronze final against Polish Halima Mohamed-Seghir. Hermannsson was the favourite in advance winning three European Cups. But Mohamed-Seghir won two and won the battle of the best of the pre-season.
Turkey won bronze in this category by Busra Katipoglu who destroyed German Nadja Bazynski who got injured.

France wins the second ever gold medal in this tough category. Emmanuelle Payet won European gold in 2003. Slovenia and The Netherlands have also won the title twice. Most familiar champions from the past are Claudia Malzahn (GER), Alice Schlesinger (ISR), Edwige Gwend (ITA) and Urska Zolnir (SLO), so a good outlook for success in the seniors.