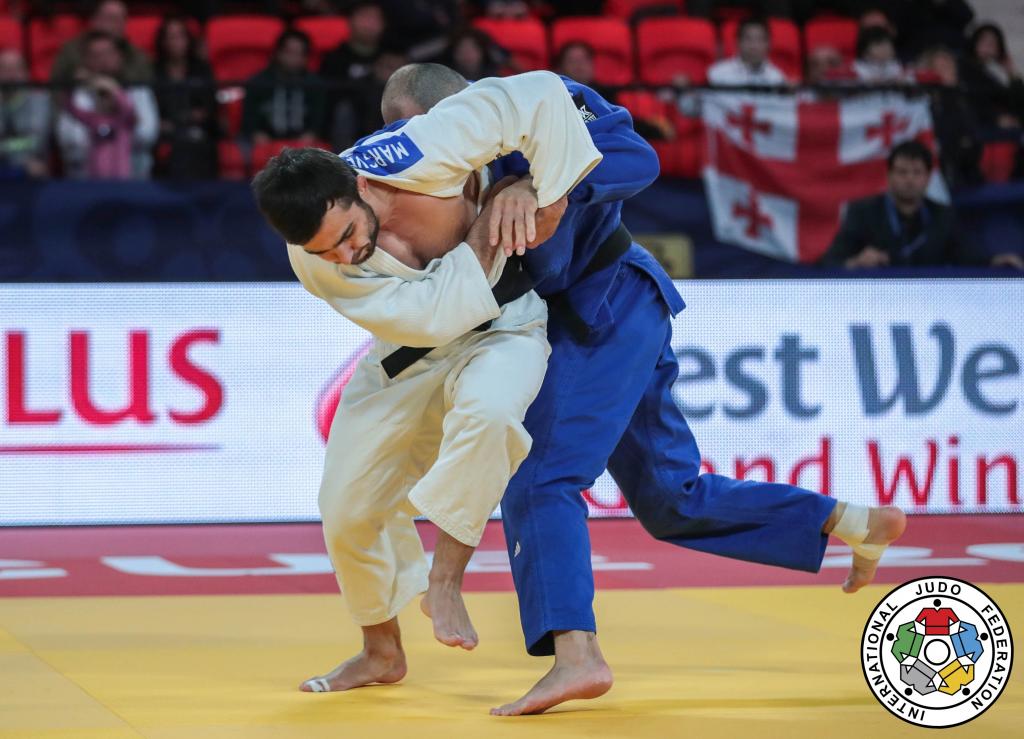 World number two Vazaha MARGVELASHVILI (GEO) confirmed his preparedness for the forthcoming Osaka Grand Slam with a convincing and timely win in the -66kg category. The number one seed looked like a man in a hurry as he ended his first four contests inside the distance. Only in the final was he fully tested by the focused and concentrated efforts of Baruch SHMAILOV (ISR). In stark contrast to his dominant persona on the tatami, Margvelashvili is strangely reserved, softly spoken and avoids the limelight. That latter situation is one that he will find difficult to avoid in Osaka next week where he will be seen by his Japanese hosts as one to watch. The bronze medals were won by Sebastian SEIDL (GER) and KIDO Kiyotaka (GER).

When asked about his performance today Margvelashvili said,

“I am glad to have won here today because it puts me in a good frame of mind for Osaka. I really want to go there and win. Today showed me that I am ready, strong and that things are working well for me. I had not fought Shmailov previously but I knew that he would be a difficult opponent and for this win I am very happy.” 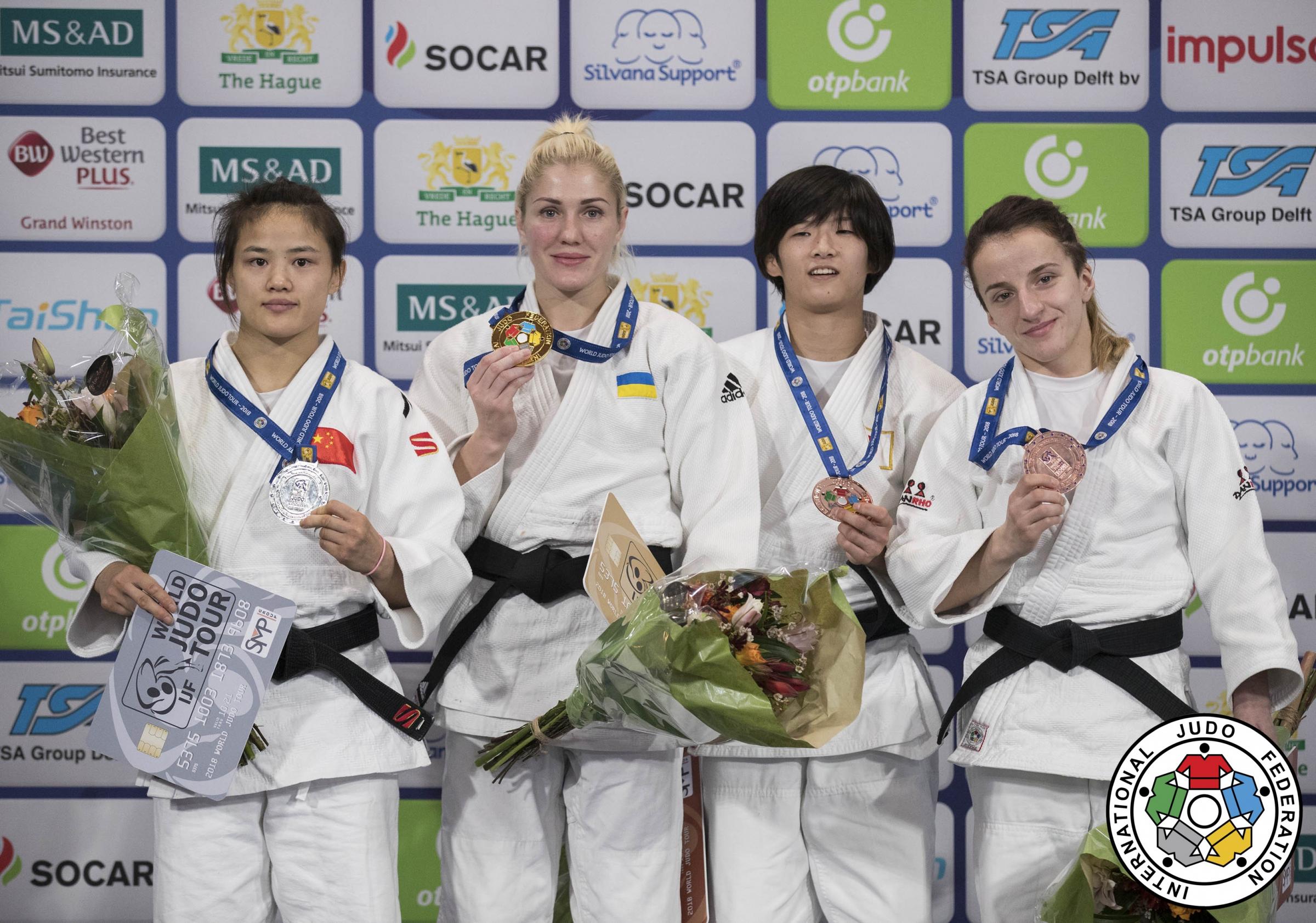 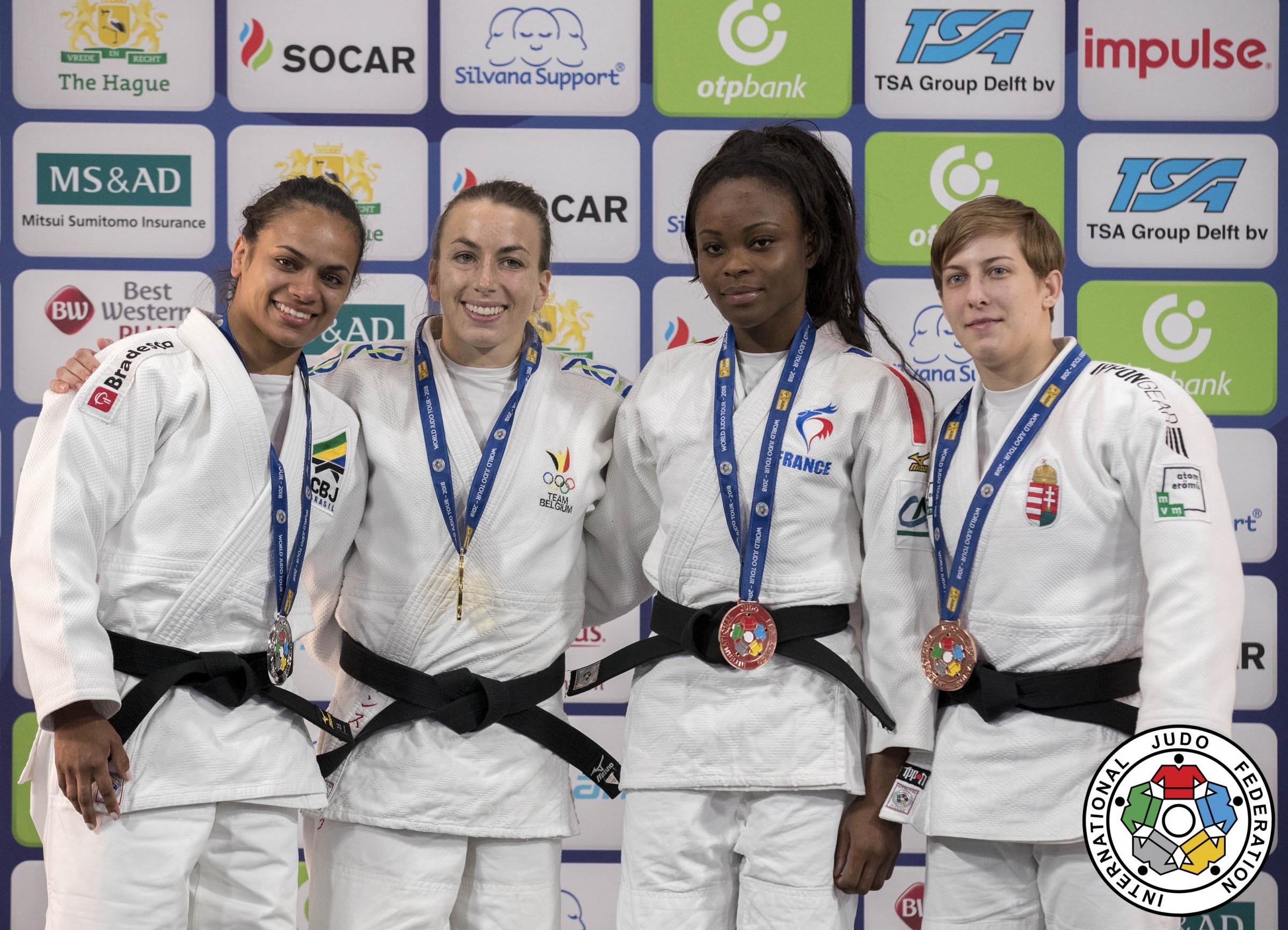 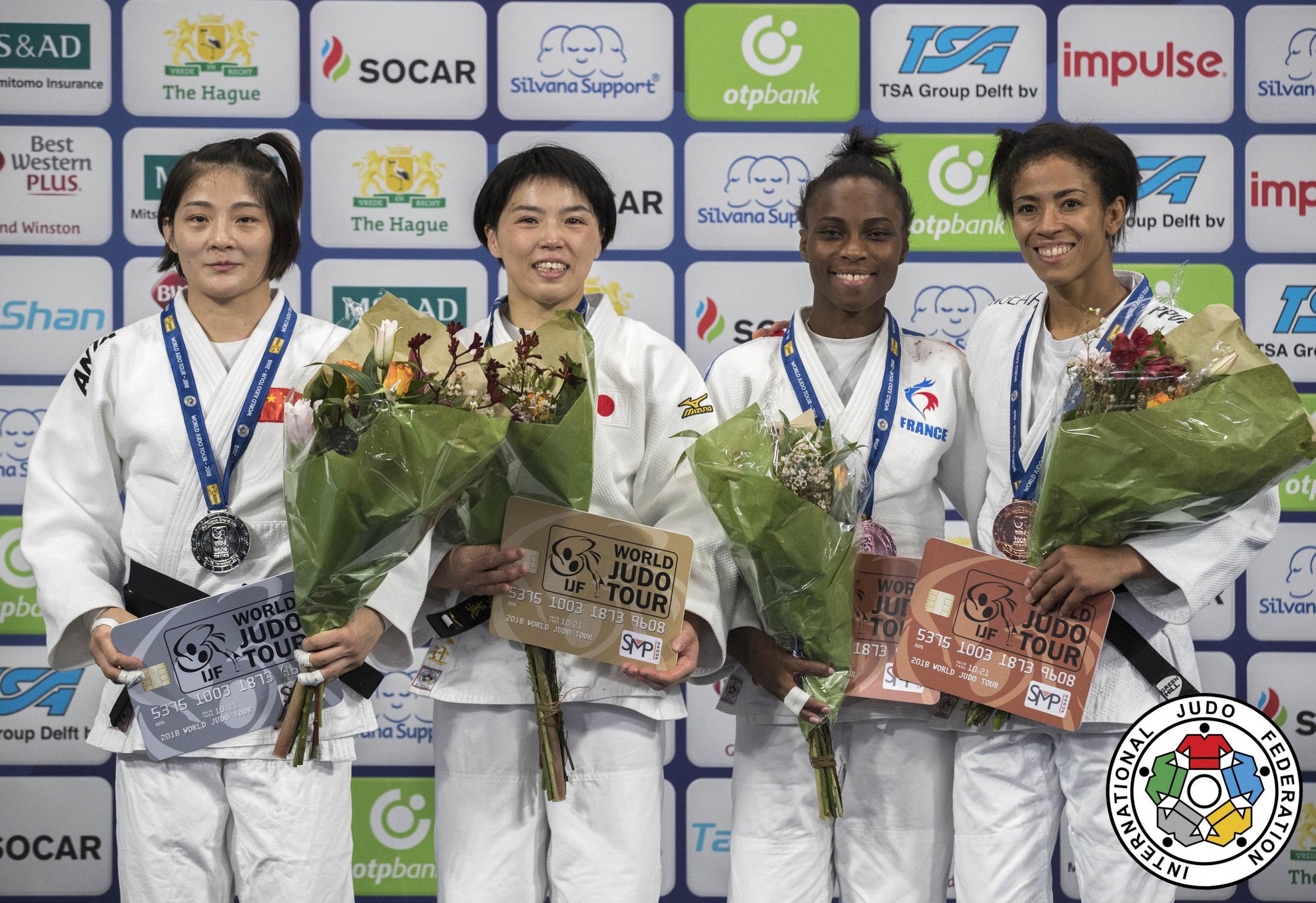 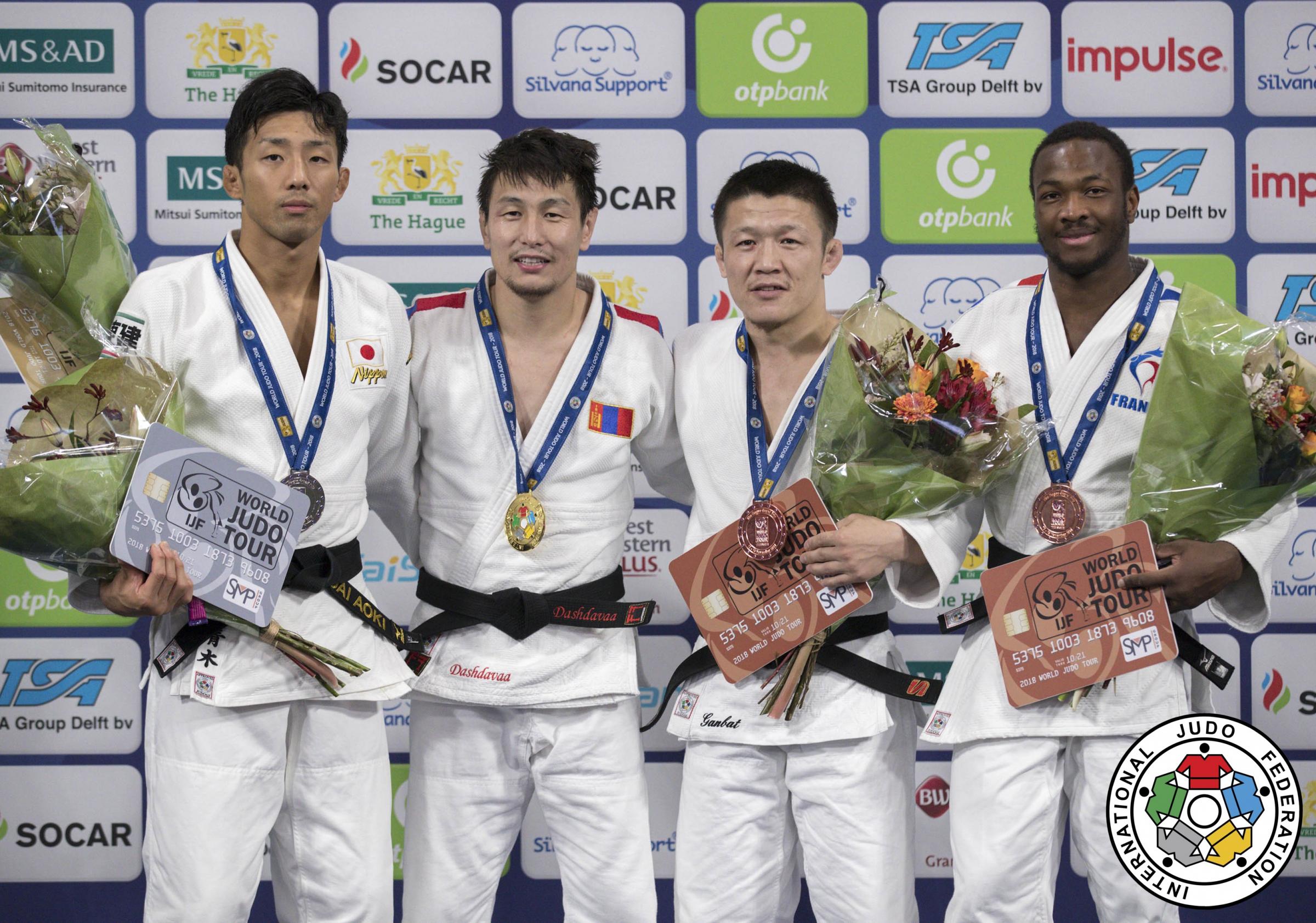 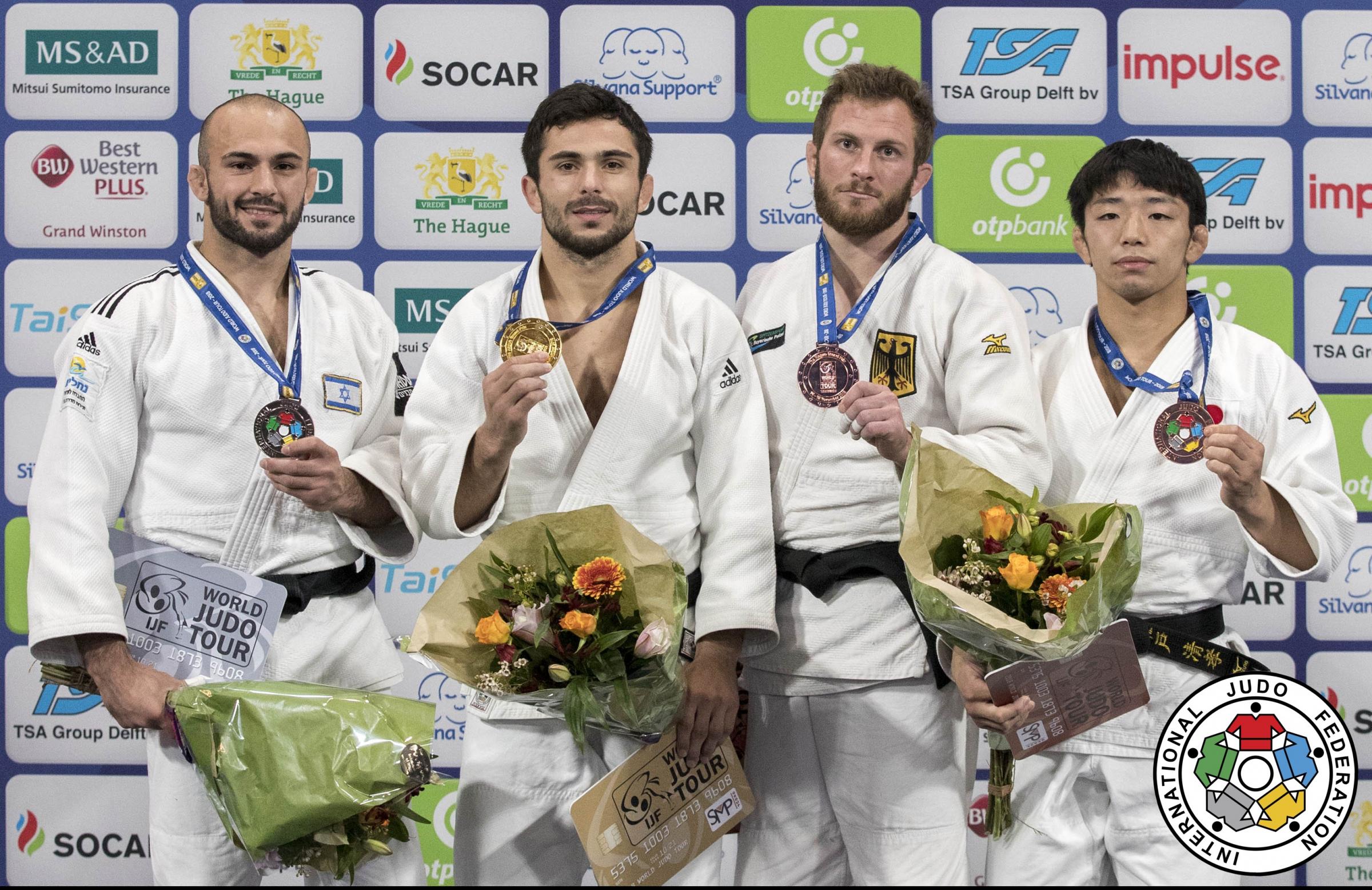 In the -60kg category the gold medal went to DASHDAVAA Amartuvshin (MGL) who defeated AOKI Dai (JPN) in the final. There were bronze medals for Romaric Wend-Yam BOUDA (FRA) who was making his IJF Grand Prix debut, and former world champion GANBAT Boldbaatar (MGL).

In the -52kg category Charline VAN SNICK (BEL) lived up to her billing as number one seed by taking the gold medal when she defeated Eleudis VALENTIM (BRA). The Belgian now has eight Grand Prix gold medals. The bronze medals went to PUPP Reka (HUN) and Astride GNETO (FRA).

In the -57kg category OTSUJI Terumi (JPN) marked her debut at an IJF Grand Prix by taking the gold medal, defeating LU Tongjuan (CHN) in the final. The bronze medals went to Priscilla GNETO (FRA) and Miryam ROPER (PAN).