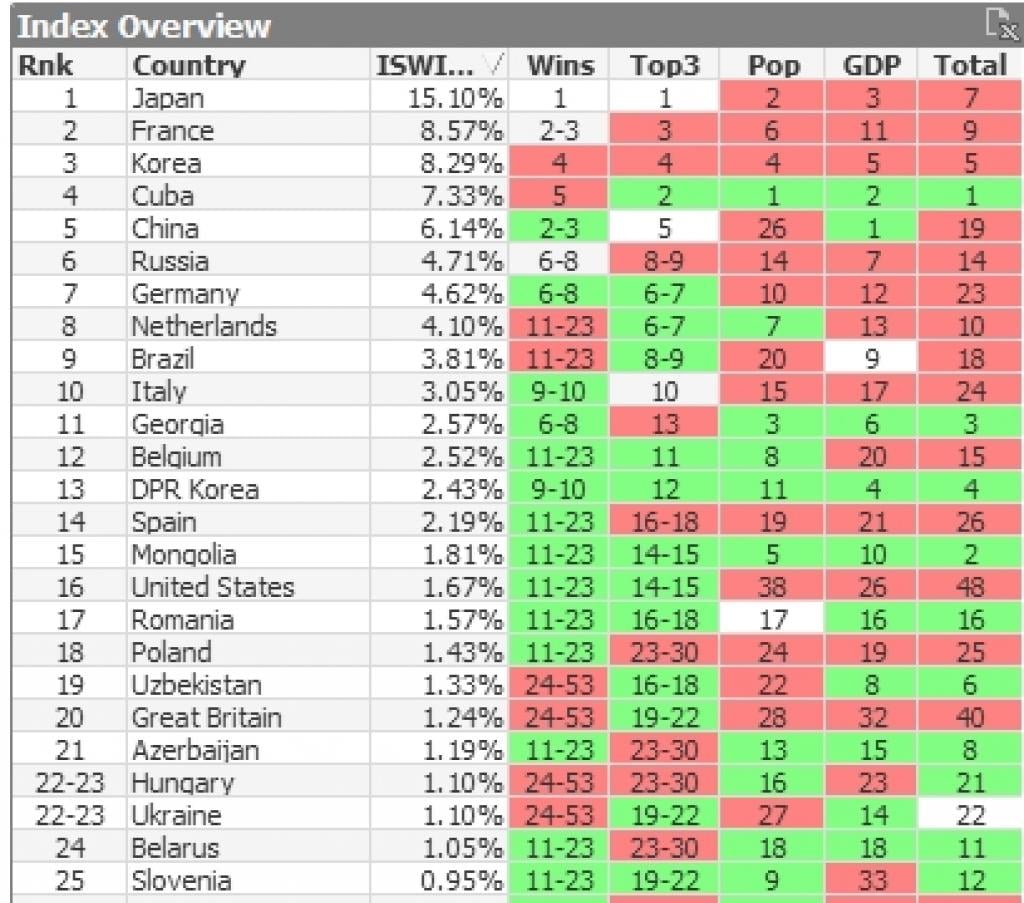 After the successful Olympic Games for Europe, the market share in medals increased compared to 2008. A study since 1996 shows the top nations in judo.

The market share of total medals in judo over all Olympic Games is 100%. Of the previous four editions of the Olympic Games (1996-2008) Japan had more than 16% of the medals, followed by France and Korea both with 8.21%.

If you watch the last five Olympic Games and sort not on market share, but performances based on the population, Cuba is leading the ranking. However despite the gold medal of Ortiz and silver of Gonzalez, the share of Cuba is not what it was. Taking the population into account, Japan is still ranked 2. Georgia and Korea follow and Mongolia is an expected top five nation.