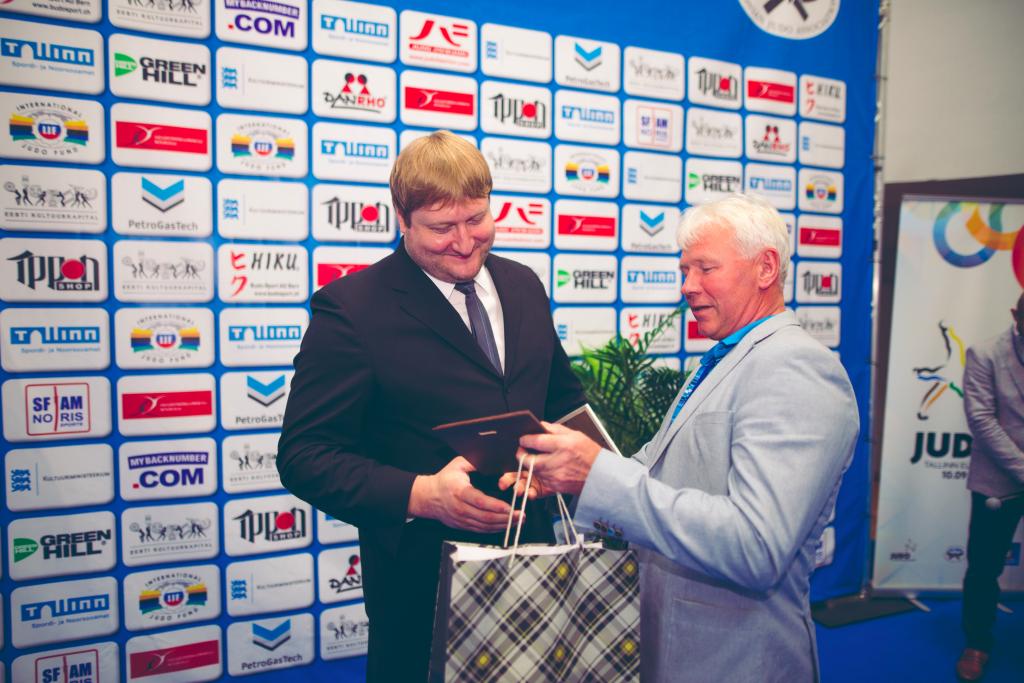 Double Olympian, 5 times European medallist and European Champion [2009], Martin PADAR has officially retired. His successful career was acknowledged yesterday during the opening ceremony at the Tallinn European Judo Open, which he won himself in two occasions.

Padar started judo at the age of 9, as he was a very hyper boy his mother decided to take him down to a judo class. “I fall in love with judo immediately and never fall out of love with it”, said Padar. The Estonian judo ace has a rich medal tally. “There are so many memorable trips to recall”, he said, “However, the most memorable remains the moment when I won the European title. I remember that the media was talking about me already at the time I was a youth and so winning the Europeans at the age of 30, when I was expected to do so, was almost like a release that all the hard work paid off”, he added.

The Vice-President of the Estonian Olympic committee, Juri Tamm [first from the left], has attended at the little farewell event as well. Padar expressed his thoughts regarding: “It is very touching that the Estonian Judo Association and the National Olympic Committee organised such as. It is beautiful and feels really great and overwhelming.” Presently, Padar would occasionally give judo lessons to children and deliver private classes mainly for heavy weights, though, his main profession is being a sport massage therapist. Padar was asked to say a few words to the upcoming generation, which for he responded: “Love your sport. Love judo and love what you do.”