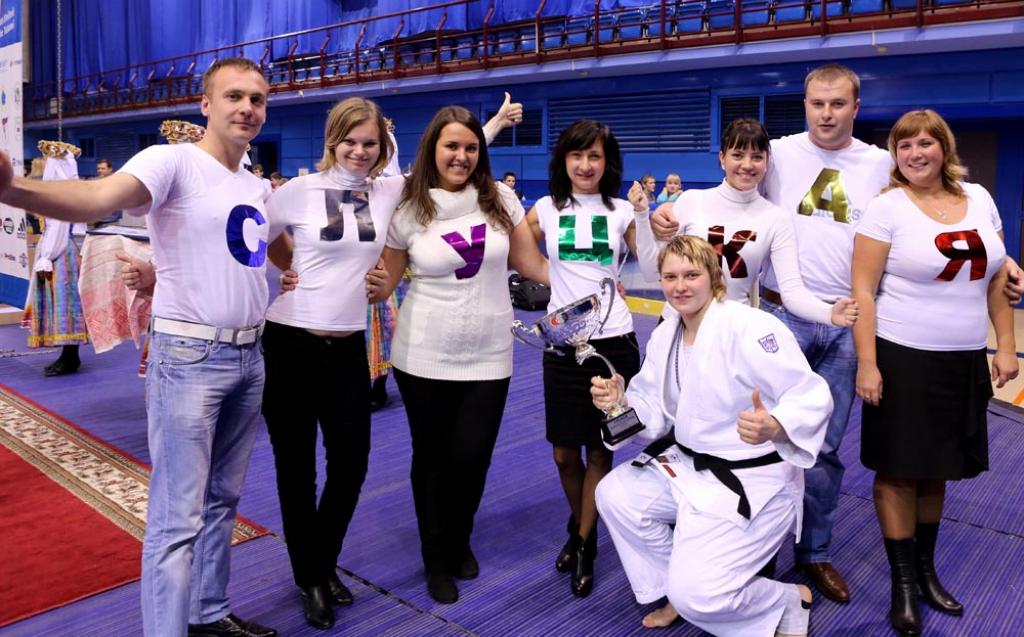 Happy faces in Minsk after the last fights of the European Open in Belarus.

The home country won a gold medal, the last time was in 2005. Heavyweight Maryna Slutskaya was able to grab the gold for the home public. On Saturday Belarus didn’t win any medal, but Sunday corrected the balance in a positive way. Slutskaya defeated Santa Pakenyte in the final of the women’s heavyweight category. Two male Belarus athletes won a bronze medal. Aliaksandr Vakhaviak won bronze, two weeks ago he was also successful with a gold medal at the Grand Prix of Almaty. Aliaksandr Stsiashenka won bronze U81kg. This category was won by Szabolcs Kriszan who’s in a great shape. One month ago he won the Grand Prix of Rijeka. In Minsk Ivan Iefanov was his opponent, the Ukrainian fighter won the silver medal. Holland’s talent Noel van ‘t End won his first European Open title in Minsk he defeated strong Lithuanian judoka Karolis Bauza. Bauza was the bronze medallist of the European Championships in Budapest and finished seventh at the Rio Worlds. Van ‘t End is Europe’s number three under 23 years and is a coming man. For France Clement Delvert won the gold U100kg. In the category U90kg he defeated Dmytro Bereznhyi of the Ukraine. Whereas the Ukraine was so successful on Saturday, now they won two silver medals, totalling 5 lost finals, finishing third behind France and The Netherland who both won three gold medals. Nodar Metreveli won his first European Open as well. The Georgian overcame French Matthieu Bataille in the final of the heavyweights. The French fighter was the oldest winner of a medal. Today’s oldest winner was Heide Wollert. The former European Champion who stepped back to the U70kg category after the Olympics won her seventh World Tour event in her long career. The 31-year old fighter defeated Valeriane Fichot in the final. Her other two opponents; Esther Stam (NED) and Giulia Cantoni (ITA) both won the bronze medal which proved Wollert is still going strong. In June she also won the European Open of Lisbon. France was successful though in the category for women U78kg. Geraldine Mentouopou was able to hold off three Dutch opponents from the gold medal. She defeated Martine Demkes and Guusje Steenhuis on her way to the gold. Steenhuis defeated Iris Lemmen in the semi final battle. In total the Dutch team won 11 medals, same number as the Ukraine, but France performed a little better winning three gold and 3 silver medals. Watch all pictures upload in our photo gallery: