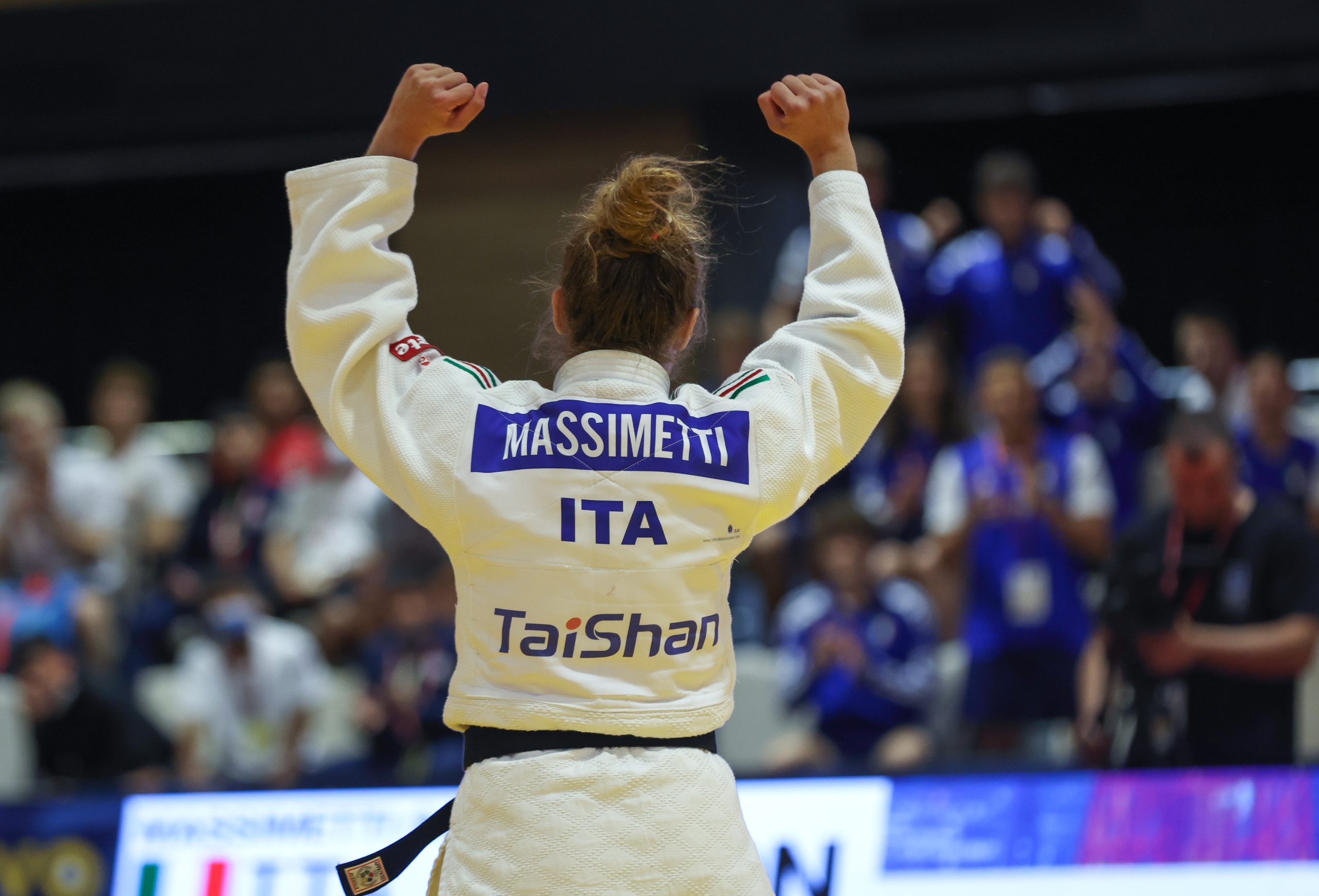 It was also a day of firsts for Team Italy, taking a gold in the -52kg category. Prior to the cadet European championships, the favourite for the Italians in this category was Michela TERRANOVA, but after a winning streak in European cup events, she has been stalled in majors, placing fifth both in the European and world championships.

Instead, the limelight has fallen upon world ranked #6, Gaia MASSIMETTI, the heroine of the team and new world champion.

This season I never took one gold before: in the European Cadets Cups I lost the final three times with her (Terranova) but yesterday I felt good and I only thought to my competition as if we were running different paths.

In some cases, the semi final can be the contest with the most pressure, a win secures you a medal no matter what, but a loss means you have to recover quickly in order to resurrect yourself for a bronze win. For Massimetti, she has a very simple and logical train of thought at this point.

Actually I faced this match as all other matches: this is the world championships and all fights are in or out. I prepared carefully the strategy with my coach, Francesca, and I followed the tactics we prepared to the letter: it worked fine!

Massimetti was a true sensation, despite coming in as the number two on the Italian team, she surpassed her #5 seeding position, defeating the #2 and #4 in the process. Some beautiful ashi waza and conviction resulted in her gold medal. It was a ‘sticky’ ko soto that her opponent Sugdiyona RAFKATOVA (UZB) attempted to quash with an uchi mata attack, however Massimetti kept a strong grip on the lapel and arm, directing her opponent to the ground for ippon. There were huge celebrations for Italy’s first gold, also placing them third in the overall medal tally.

Regarding the ippon score, she couldn’t believe it, her plan had come together and the gold was hers. She stated that she felt so much emotion in that one moment she thought she would pass out.

I’m so happy and I still don’t believe: I am so satisfied about my result, it was a real amazing day.