Massive quality field in Rome for European Cup for women 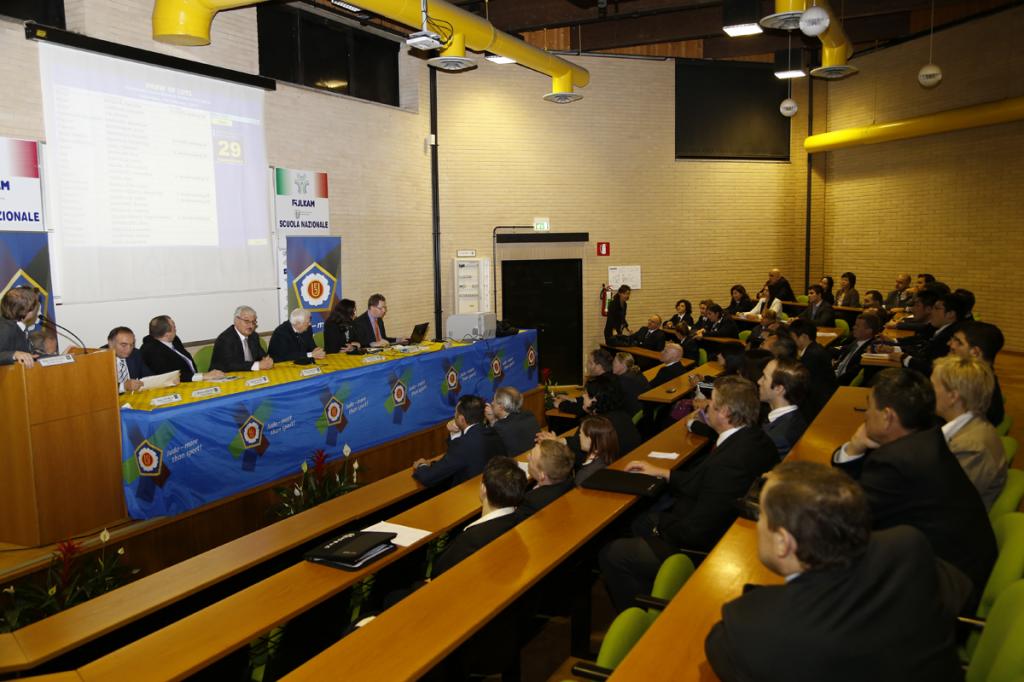 A strong field of 33 nations and 161 fighters is ready to take part in the European Open for women in Rome. At the draw on Saturday many strong competitors were coupled so that the fans can look forward to fantastic judo at the Pala Fijlkam in Saturday.

The draw was opened by vice president of the FIJLKAM Franco Capelletti who greeted the coaches of the teams. Mr Capelletti was awarded on Thursday as the Chevalier in the order of the rising sun by the Japanese ambassador. EJU General Secretary Envic Galea spoke opening words on behalf of President Sergey Soloveychik and sent best greetings. He also mentioned that on Saturday it will a special occasion for FIJLKAM as it is the first official event without Matteo Pelicone, the former FIJLKAM president who recently passed away. The draw was conducted by EJU Sports Director Catarina Rodrigues, who informed to coaches about the random picks for the weigh-in in the morning. Furthermore she stated the punctuality of the athletes to be in time for the contests and stressed the responsibilities of the coaches for proper judogi. EJU Referee commissioner Metin Ozkan presented the new refereeing rules in the company of Tonino Chyurlia. Also they noticed that they should pay attention how they athletes arrive on the mat as well how they are going off from the mat. EJU Event Marketing Director Oleksandr Nagibin walked through the procedures for the backnumbers, judogi control and clothing procedures during the event. The draw resulted in some spectacular matches with a very competitive field. Last year’s winner from Italy Valentina Moscatt will kick off in her category U48kg. The Italian have good medals chances as they performed well in Sofia at the first European Open as well. A strong field U52kg with good competitors from Brazil and Mongolia. The weight category U57kg may be the strongest of all events with 29 competitors and the quality is as competitive as the IJF events with World Champion Rafaela Silva, and Ketleyn Quadros from Brazil, but also strong Japanese youngster Christa Deguchi and European World medallist Vlora Bedzeti of Slovenia and many more exciting matches. The category U63kg have Italian Edwige Gwend (last years silver) as one of the favourites, but also strong Japanese Tsugane. Canada have good papers in some categories but foremost U70kg with Kelita Zupancic, the former World Ranking leader starting in Rome. But rivals in Sally Conway (GBR) and aria Portela as outsiders for the title, and perhaps Italian Jennifer Pitzanti looking for metal. Speaking about Canada, Catherine Roberge is first seeded U78kg and with Natalie Powell as rival also this category can be attractive to follow in your number one channel, with among them some very competitive Italian fighters Let’s not underestimate the strength of the heavyweight category with Maria Altheman (BRA) at the start as well as Paris finalist Andeol (FRA) and Kanae Yamabe, the winner of the Grand Slam of Paris. What a field in Rome, and you can witness it live in results and streaming video. Be part of it, live from Rome. The men will fight in Oberwart! You cannot afford to miss them, stay at home on Saturday to watch judo.