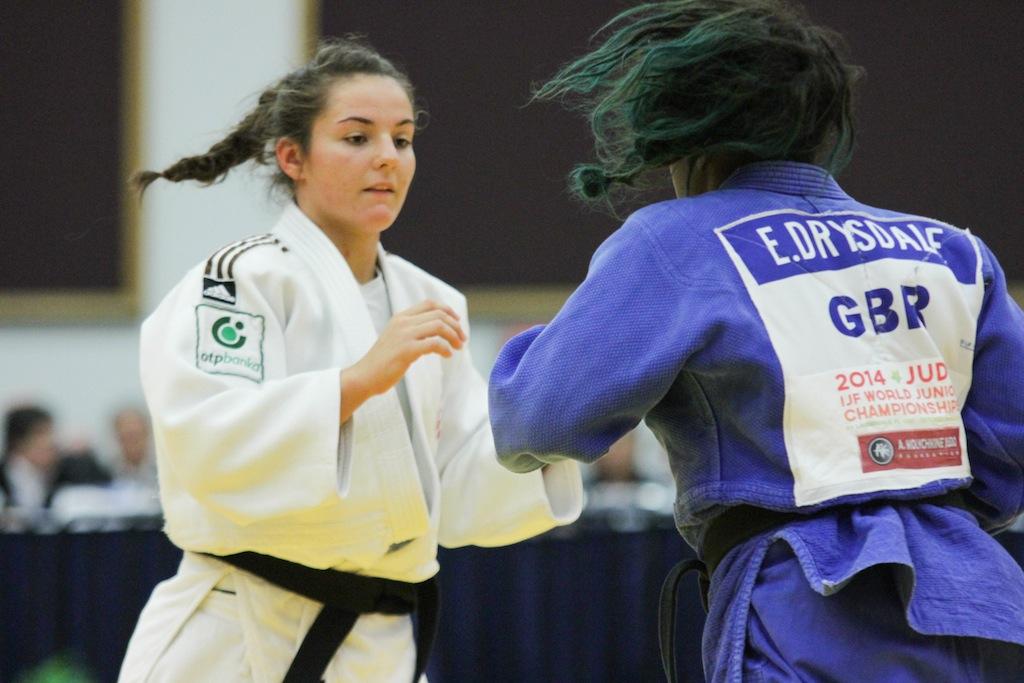 One more fantastic day for European athletes at the World Junior Championships in Fort Lauderdale. The biggest European heroes were Barbara Matic of Croatia and Krisztian Toth from Hungary.

Barbara Matic successfully defended her World title and added her second gold medal from the World U21 Championships. Totally dominating during the day in U70kg category just proved on how high level she already is. Final match she won against Drysdale Daley (GBR). Matic already have great season behind her, as earlier this year she won bronze medal at the European Championships in Montpellier and finished fifth at the recent World Championships in Chelyabinsk. For sure Croatia can count on her in Rio de Janeiro 2016.

World silver medalist and Hungarian powerhouse Krisztian Toth won his first World junior title ever. In final match he was better against Georgian born Nikoloz Sherazadishvili of Spain. Highlight of the Toth’s gold medal for sure is the semi-final fight against Beka Gviniasvhili. Fight between Georgian and Toth can be surely declared the best fight of the day, maybe even of all World Championships here in United States of America.

Japan added one more gold today, in the women category U63 and now they have in total 5 gold medals.

Watch all the pictures in our media gallery:
http://www.eju.net/media/?mode=showEvent&id=1861