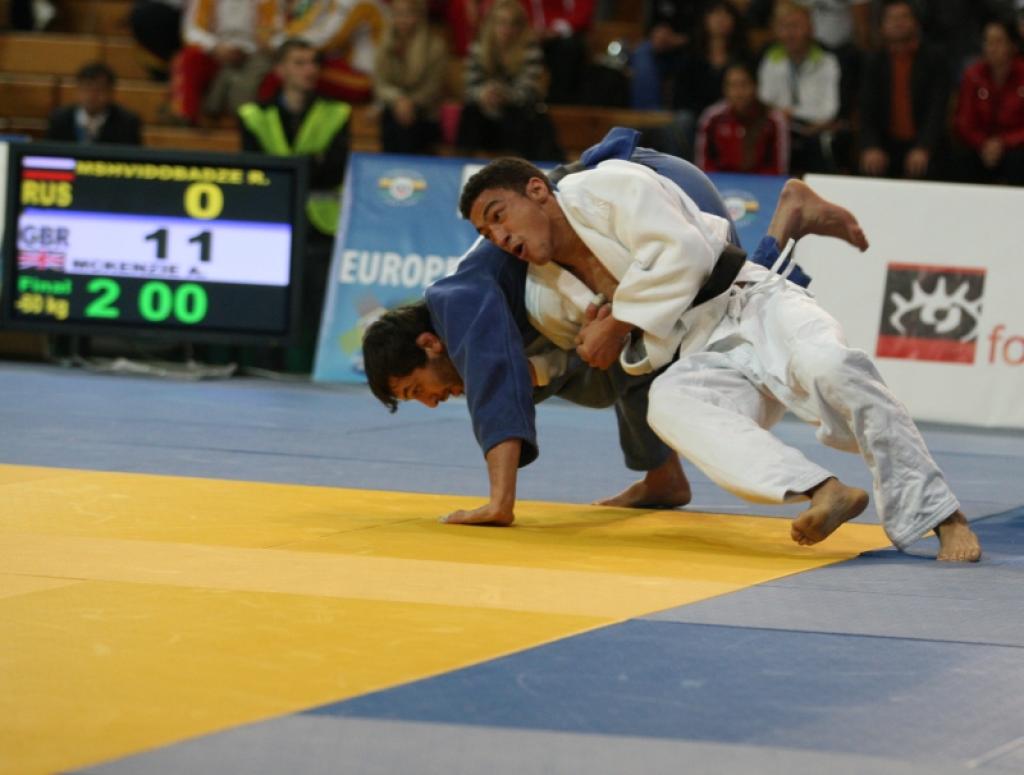 A really nice final in the men’s U60kg. Robert Mshvidobadze (RUS) and British Ashley McKenzie dominated the category today.
McKenzie won three European Cups this year and more and more he was warming up for this championship.
McKenzie led the match and after one minute he built out his yuko lead with waza-ari. The result was again a confirmation that the Senior European Ranking is a good reference for qualification and the seeding for this championship.
Mshvidobadze slowly started to get grip on McKenzie, but he only needed to defend his lead. But didn’t have any intention to change his dominance in the match. He seemed to score a second waza-ari three times, but three times it was corrected. You would almost loose you concentration, but not McKenzie who is in a great form. He takes the second ever gold medal for Great Britain at the U23 Europeans. The last one to win was Craig Fallon in 2004, in the same category. Wasn’t it Craig Fallon who recently made his comeback? It was obviously the extra motivation for McKenzie to gear up to another level. McKenzie about that: “Yes a little” with a smile.
Fallon became World Champion in 2005. Who knows…