MECILOSEK WINS GOLD IN LESS THAN A FULL CONTEST TIME 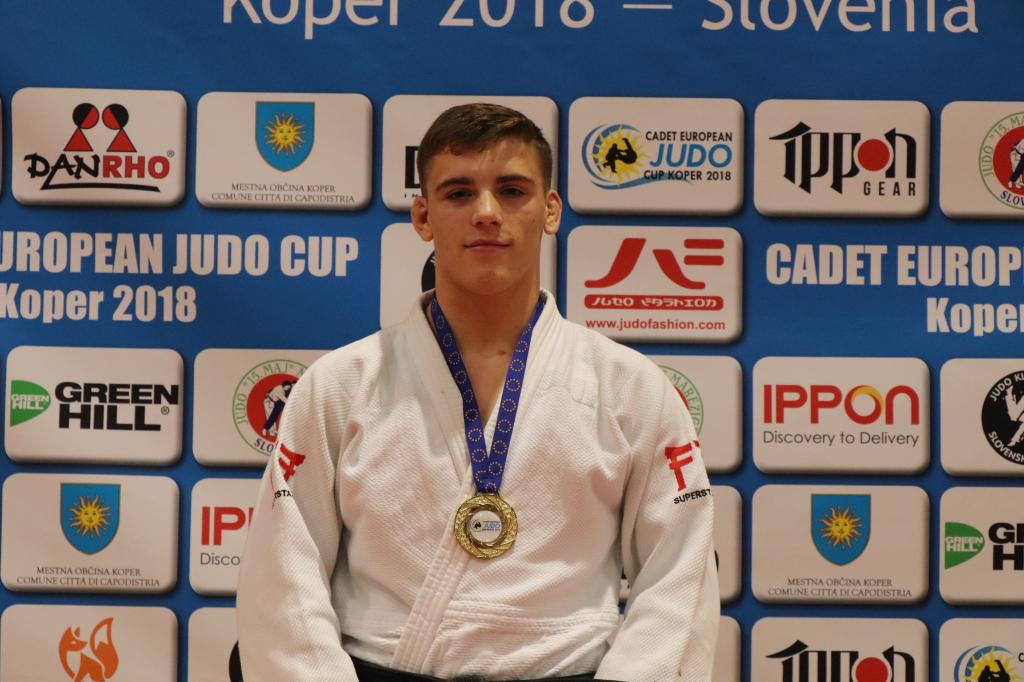 The second edition of Cadet European Judo Cup was held in Koper during the last two days. There were gold medalists from Italy, Slovenia, Hungary, Netherlands, Croatia, Switzerland, Bosnia & Herzegovina, Ukraine, Portugal and Russia. However, no one fought his way to the top of the podium as quick as Jus MECILOSEK did when winning the -73kg category. The Slovenian judoka had 4 contests and all in all, spent less than a full contest time [four minutes] on the mat, on his way to glory.

Mecilosek was third in Koper previous year, this year he won two medals in EJU Cups for cadets, one silver in Teplice and one bronze in Follonica, but he didn’t have golden one yet, until this weekend, when he swept with three of four oponents in less than 30 seconds, totaly he finished all four fights in just 2 minutes and 53 seconds.