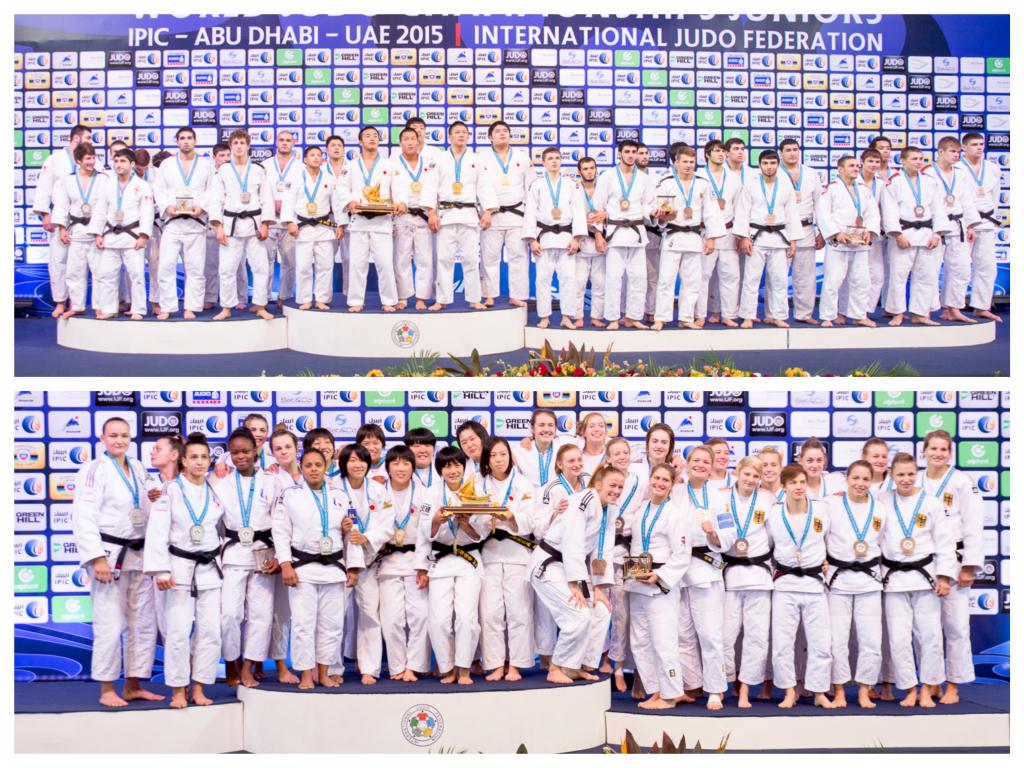 European nations will leave Abu Dhabi with a hat-full of medals but neither men nor women could unseat the Japanese who defended their respective titles by some margin. In a repeat of last year’s finals from Fort Lauderdale, Japan’s men defeated Georgia 5-0, and the Japanese women defeated France 4-1.

Both Beka GVINIASHVILI and Guram TUSHISHVILI were missing in the final line-up for Georgia. But it would in any case have been a tall order for the Georgians to overcome such a strong Japanese team that included a gold (ASARI Masaya -66kg), and two silver (TANAKA Genta +100kg, and FUJIWARO Sotaro -81kg) medal winners from the individual competition. It was a similar situation in the women’s team final where the French team were up against a Japanese team that contained three junior world champions, a silver medallist and a current cadet world champion.

There were notable performances from Lisa DOLLINGER (GER) who fought with incredible determination and said, “I dislocated my finger in the quarter final contest against Sanne VAN DIJKE (NED) and our doctor put it back in at the end of the contest. But it popped out again during the bronze medal contest with LEE Dabin (KOR) so I put in back in myself and managed to finish the contest.”

The aforementioned Sanne Van Dijke (NED) said, “I was bitterly disappointed not to have won a medal in the individuals. The team event, however, has made a big difference and being around my team mates, winning the bronze medal, is a great way to finish my time in juniors.”