Melting pot of international medals at European Open in Rome 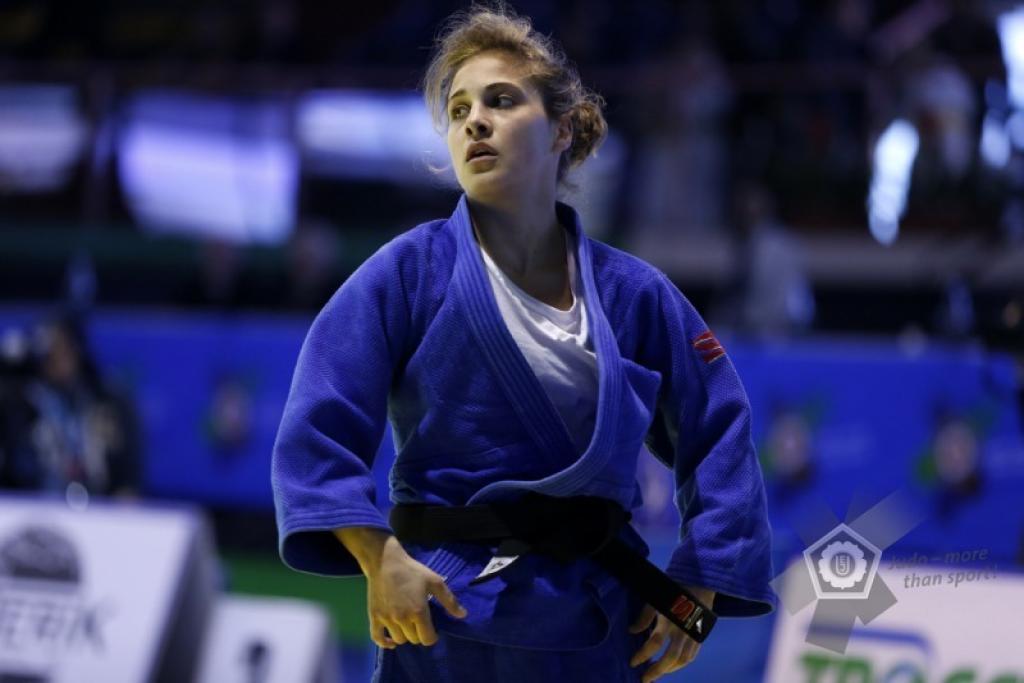 The team of Japan hot Rome with four gold medals. An impressive number and certainly an impressive ippon scored in the last final of the day at the European Open in Rome.

Heavyweight Kanae Yamabe defeated Chinese Sisi Ma with a devastating harai goshi for ippon claiming the fourth gold for the Japanese women’s team, more than expected in this high level field with 33 nations appearing in the capital of Italy. The home country celebrated a wonderful silver medal by Odette Giuffrida, although she was hoping for more, but in the category U52 the tiny Italian youngster was caught after one small mistake in the final against Yingnan Ma (CHN). World Champion Urantsetseg Munkbat U48kg won the bronze U52kg and Giuffrida was the only European on the stage. Italy won a second medal by Edwige Gwend in the category U63kg. Although she was not so convincing during the day, she showed a completely reborn face and style in the final for bronze. Gready, eager and convincing she prolonged her podium place of last year when she lost the final, but now she won her last fight. Gwend came back in the repechage after her loss against Mariana Silva (BRA). The winner U63kg was Megumi Tsugane, the vice junior World Champion who defeated Mariana Silva in the final. Japan won the last four gold medals of the day as U70kg it was Karen Nunira to claim the gold in Rome in the PalaFijlkam Olympic centre. Nunira was smarter than Kelita Zupancic of Canada in the final. Zupancic was expected though in the final stage and she did with appealing judo with a strong grip. The grip is nowadays essential to make the first score and in some matches this was quite clear. Sally Conway won the bronze for Great Britain. She lost to Nunira in the quarter final but came back strongly with bronze. Also bronze for Katarzyna Klys of Poland, she seems to be back after a long period of absence and gave a strong impression. In her last second of the day she defeated Nadia Merli by one yuko. The category U78kg was also for Japan. Mami Umeki took the gold medal against Natalie Powell in a European dominated podium with Sofie de Saedelaere and Geraldine Mentouopou. The French was expected but the Belgian medal was a confirmation of her form this year and good news for Belgium to have a medal challenger in another category. Argentina won a gold medal by Paula Pareto. The experienced 26-year old Olympic medallist of Beijing defeated Taciana Tima of Guinee Bisau in the final. Lima even 30 years, so in this category the older experienced judoka prevailed, but in general the field was young and a good platform to present your skills at the European Open. World Champion Rafaela Silva was the expected gold medallist although today she fought more tactical then her usual dominant and athletic style. Good for crowd we could see a sharp and eager Silva in the final against Japanese challenger Christa Deguchi. The 18-year winner of the Grand Prix in Jeju defeated Silva at the Grand Slam of Tokyo where she won bronze, so Silva was warned for this talent and gave her best when she needed and overclassed Deguchi with her judo feeling and superb takeover of Deguchi’s actions. In an exciting field Silva showed to be the better performer than her Brazilian rival Ketleyn Quadros who won Olympic bronze in 2008 but today left Rome with empty hands. The European Open in Rome was opened officially by new elected president Domenico Falcone and one minute of respect was held for the former president Matteo Pellicone who passed away recently. Watch all the action in our photo gallery.