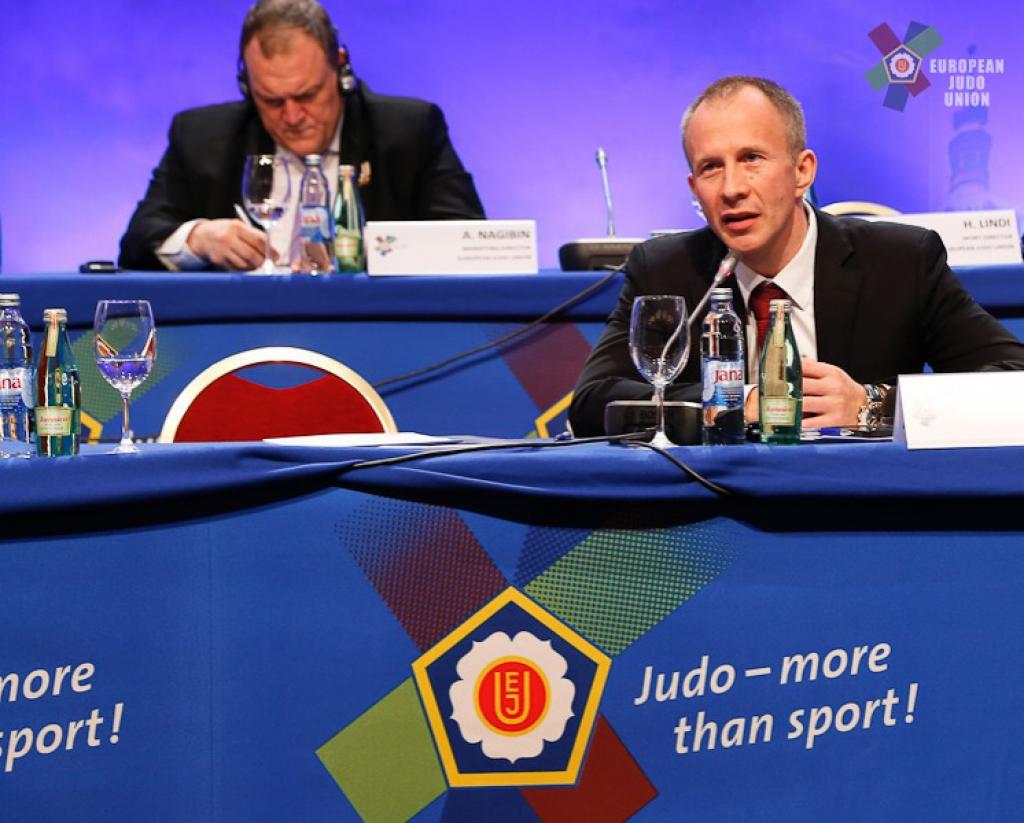 Yesterday our President and Friend Marius Vizer resigned from his post as the President of SportAccord. You know him as a man and leader far better than our colleagues from other sport federations may know him – so I shall not talk much about his true dedication in his role as the leader of the international sports movement. Together in our judo world we are implementing into life the ideas of decent sport, free of corruption. Over several years Marius became one of the most influential figures in international sport – primarily due to his ability to speak openly about problems and suggest radical solutions. He could easily look into the eye of his opponents because for him sport is a world free of vested interests. I am certain that this kind of strategy could have brought significant benefits to modern sport.

Despite the fact that Marius did not receive the expected support from the majority of his colleagues in international federations, I remain sure that what he said was not in vain, and his shocking statements will have the sport community shaken up, and give food for thought to many.

We can remain proud of our President! Judo is more than sport!

With a judo rei,