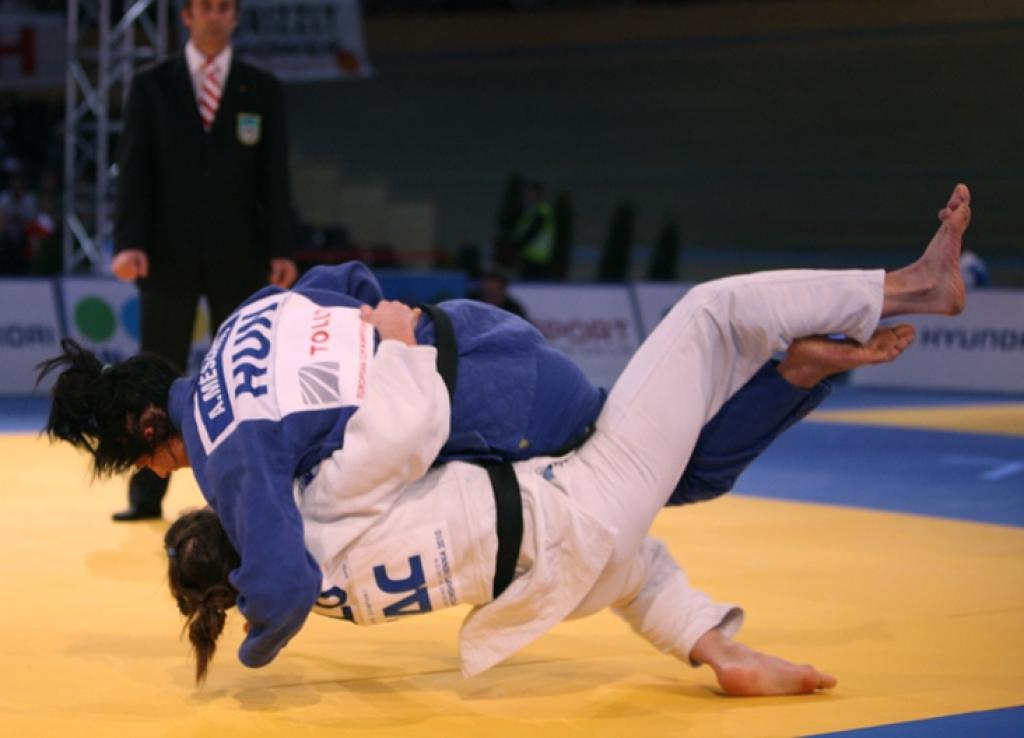 Anett Mészáros won the European title in the category U70kg. Mészáros defeated Rasa Sraka (SLO), European Champion of 2003, who is on her way back in this category. Although reigning and four times European Champion Lucie Decosse was absent, the expected favourites reached the final.

Mészáros could have won the title earlier in the match, but the referees came back for their decision to give Mészáros ippon. But the Hungarian showed the beauty of judo and scored an ippon ten seconds later to win the title. Her first European title and a welcome revenge for her lost World Championships final last year. The Hungarians have a wealth of talent and Mészáros was one of the first of this generation. She took the Junior World title in 2004 but now finally won a continental title.

Mészáros is the first women’s European Champion since 1991 when Zsuzsa Nagy took the title in Prague and only the second woman ever to win the title.
Mészáros is already the most successful woman in her country ever.
Sraka wins her fourth European medal.

The bronze medal was for Spanish Cecilia Blanco who surprised Mylene Chollet with an ippon after 90 seconds in the match. Chollet had the lead but Blanco beat her for the third time in her career at major events. 31-year old Blanco won her third European medal after losing the final twice in 2001 and 2004. Last year she lost the bronze fight, so this was a nice comeback.

Swiss 27-year old Juliane Robra took the second bronze medal defeating Dutch Linda Bolder who was the replacement of Holland’s first choice Edith Bosch, but she pulled back retiring from an injury.

Russia takes over the lead in the medal tally today from Romania. Today’s medals by Kaitmazov and Magomedov and Thursday’s gold medal of Natalia Kuzyutina gives Russia the lead.