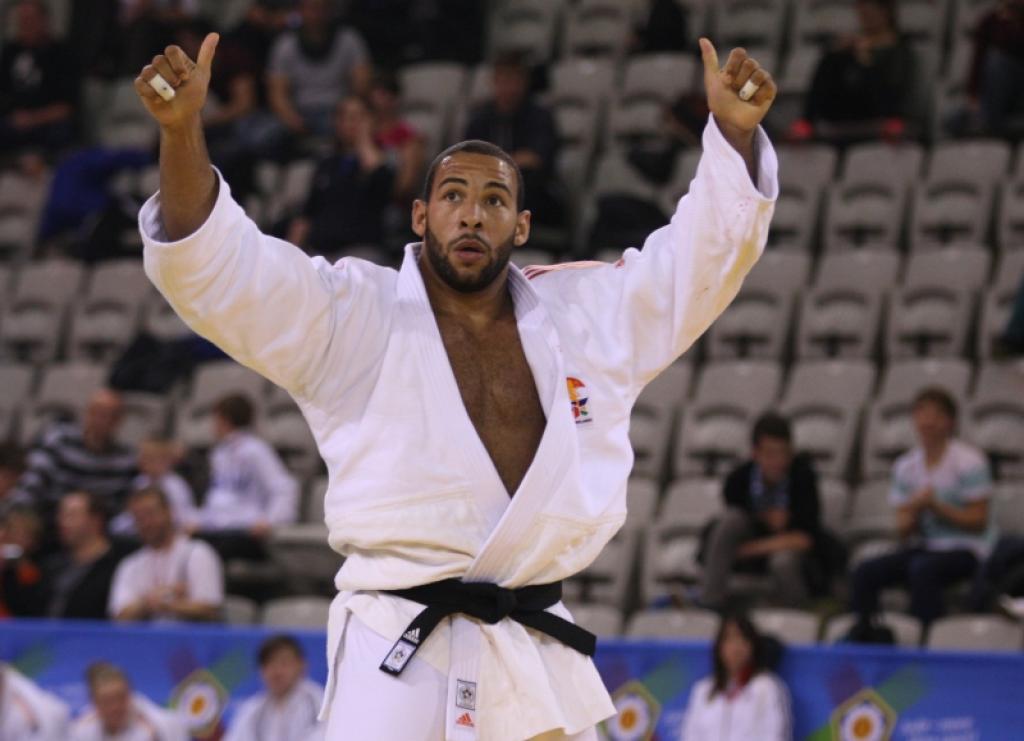 Dutch Roy Meyer claimed the European U23 title in Prague. The Dutchman defeated Magomed Nazhmudinov in the final.
Both men put the pressure high but couldn’t make time for a score. After two and a half minute both fighters received a penalty. Meyer succeeded the make a powerful o-soto-gari after three minutes and almost had Nazhmudinov in a hold, but the Russian escaped. With a lead of a yuko it was Nazhmudinov who needed to attack. The small Russian fighter couldn’t find the gap and Meyer held the control in the match.

Benjamin Harmegnies of Belgium defeated Sven Heinle in his last match for the bronze medal. His last match he led by yuko due to penalties for his German opponent.
The Belgian fighter lost his quarter final against the second German heavyweight, Andre Breitbarth but came back in the repechage against Zabarskas (LTU).

Breitbarth won his match against Vladut Simionescu of Romania. For him it was the same situation, win by penalties against the Romanian, but now in a positive way leading to bronze.
Breitbarth was U23 European Champion in 2010 in Sarajevo but he lost his semi final against Dutch Roy Meyer by ippon.

The Netherlands won its second gold medal this weekend. In 2006 the Dutch won three gold medals, the best performance so far. But this edition with four medals is a good outlook for the future.