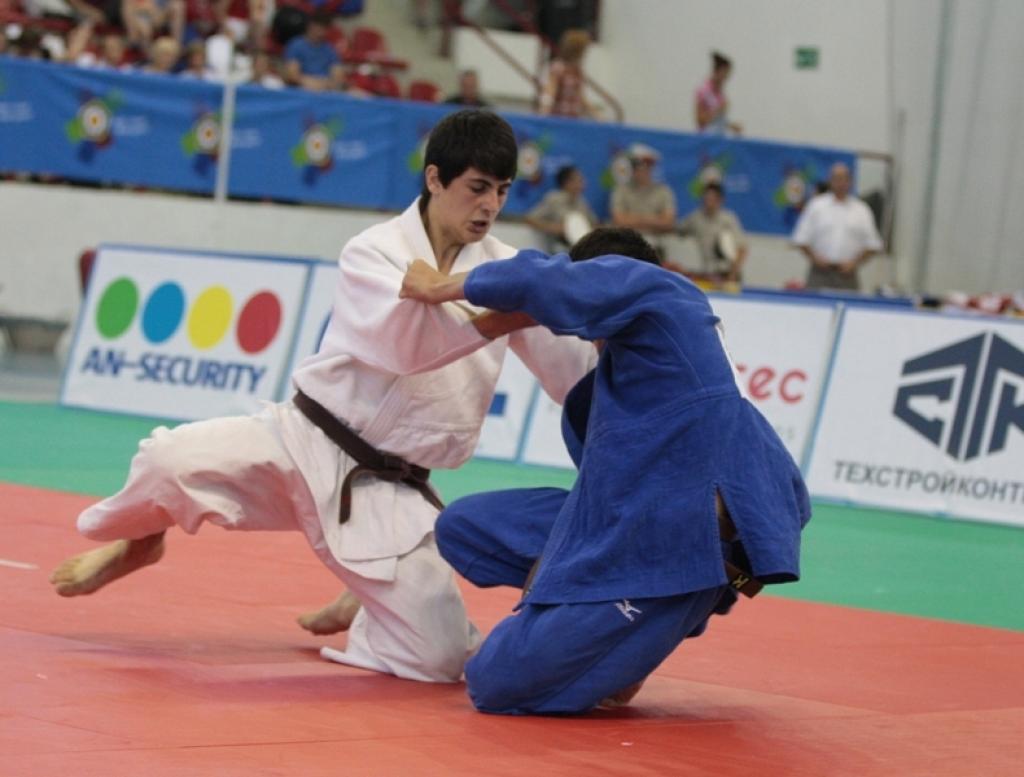 Japan was dominant at the second day of the World U17 Championships in Kiev. The founders of judo won three out of a possible four gold medals. Two years ago, in the first edition of the championships, Asia won three gold medals on the second day as well: 2 for Japan and 1 for China. Japan equalled the dominance in the lightweight categories of two years ago in Budapest. In total Japan won 6 medals; four gold, two silver. Japan’s medal tally in 2009 was four gold and two bronze.

Russia was able to win a second gold medal. Mikhail Igolnikov took the baton from Arbi Khamkhoev in the U66kg category by beating Norihito Isoda from Japan in the final. Igolnikov became the youngest ever male champion aged 14. The Russian talent was already European Champion in Cottonera this year and takes the double.

The Ukraine home crowd cheered on Viktor Makukha to win the bronze in this category.
The other bronze was won by Huseyn Rahimli, which was the third bronze medal for Azerbaijan.
In U60kg Rashad Rufullayev (AZE) won bronze with some amazing judo, which also won him bronze at the European U17 Championships (Malta) earlier this year. Eldar Gazimagomedov (RUS), who won the gold in Malta, reached the final but lost to Japanese Yuma Oshima. Arsen Ghazaryan won the first medal (Bronze) for Armenia.

Japanese Kaho Yonezawa won the World title U52kg when she defeated German Theresa Stoll for a second time in three months. Last time was in the European Cup final in Berlin.
In Berlin Ami Kondo (JPN) finished first as well, this makes Berlin a good milestone event. In that case we can expect many more medals for Europe.

Romanian Larisa Florian won a bronze medal U52kg. Last year she finished fifth at the U20 World Championships in Agadir, this time in her own age category she was able to win the small final against Danish Sofie Kaul.
Daniela Raia collected a third medal for Italy’s youngsters. Raia defeated European medallist Zarina Babinyan (RUS) for bronze.

Watch pictures in our gallery made by the IJF Media Team: