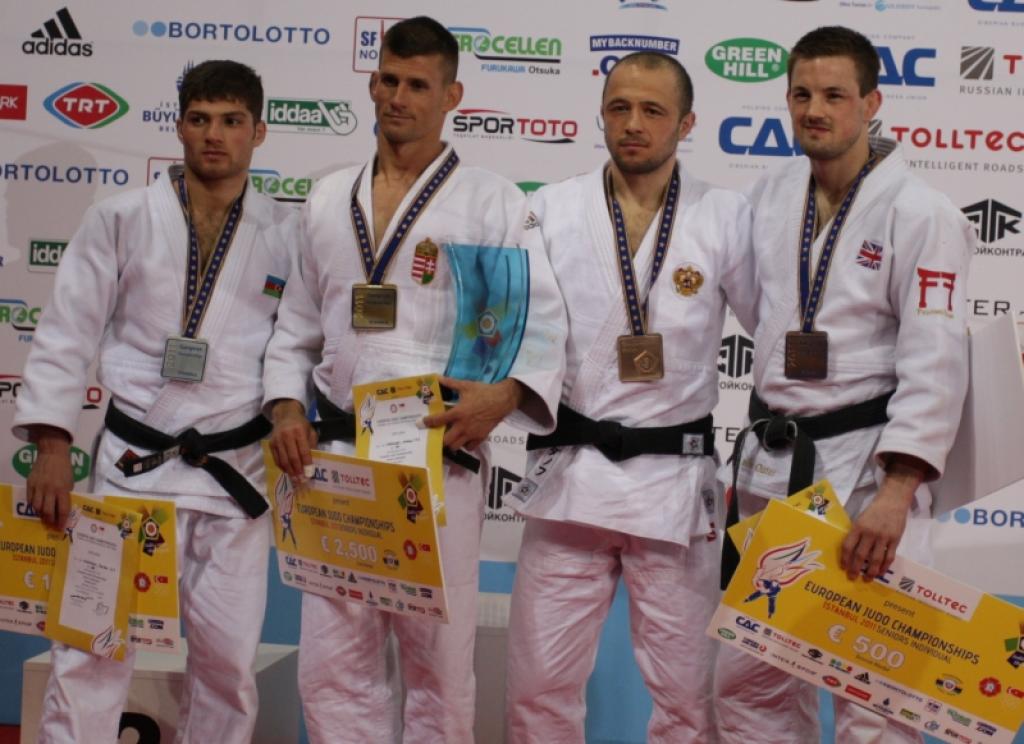 Miklos Ungvari won his third European Championship today in Istanbul. He defeated youngster Tarlan Karimov from Azerbaijan who surprisingly made it to the final. In the final however Karimov couldn’t dominate with the style he showed in his previous matches today. Still he came back in the last minute due to a penalty for Ungvari and still had chances.
In the golden score it was Ungvari to score first.
Ungvari won the European title as well in 2002 and 2009.

It was Karimov however who won the first match between the two, this year at the IJF Masters in Baku. Karimov could have been the fourth ever European Champion for Azerbaijan. But it was 30-year old Ungvari who scored a yuko after a sutemi.

The oldest Ungvari was happy to win the gold again for his country. Today EJU referee commissioner Miklos Vagi died too soon. He was memorised with one minute silence in advance of the final block.

Bronze
Colin Oates (GBR) and Pierre Duprat (FRA) fought an exhausting match won by Colin Oates by hantei. This gave him a good position for the Olympic Qualification for London overcoming former World Champion Craig Fallon.
Alim Gadanov (RUS) won the bronze as his opponent and countryman Musa Mogushkov (RUS) was not able to fight.