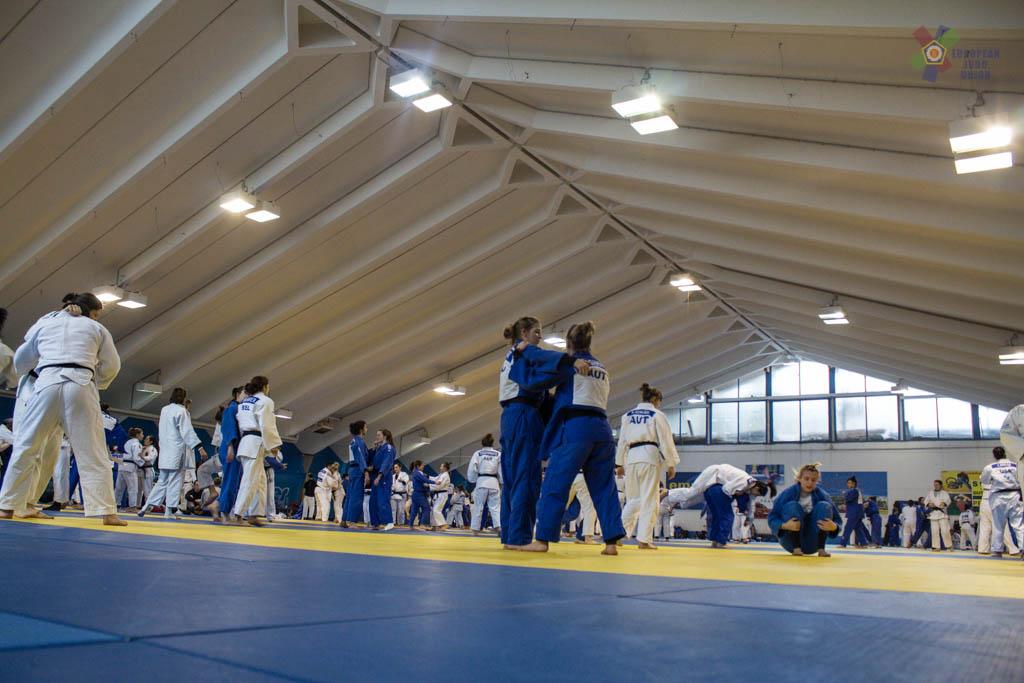 The first OTC of the New Year in Mittersill (AUT) from 7th until 16th January is awaiting more than 700 athletes.

The beginning of the New Year and the upcoming World Tour events are introduced by the Olympic Trainings Camp in Mittersill. Once more the small town in between high Austrian mountains will be the center of the Judo World.

The organizers will be welcoming more than 700 athletes – a number never reached before at an OTC. In total 900 people including coaches and other staff from 45 nations and 6 continents will be there.

“Mittersill is the perfect mix of strong Randori, Austrian hospitality and great winter impressions. I am also glad that Mittersill has become part of the EJU OTC project from the very beginning, which is a true success story for European Judo”, says Hans Paul Kutschera, President of the Austrian Judo Federation and Vice-President of the EJU.

Top fighters with high level are guaranteed on the tatami. 40 athletes with at least one Olympic or World Championship medal like Sarah Menezes (BRA), Kayla Harrison (USA), Yarden Gerbi (ISR), Majlinda Kelmendi (IJF/KOS), Arsen Galstyan (RUS), Lukas Krpalek (CZE), Varlam Lipartelini (GEO), Ilias Iliadis (GRE) and Georgii Zantaraia (UKR) will try to get used to the new Judogis and will be sweating for the upcoming crunch time of the Olympic race.

Another one of them is Austrian hero Sabrina Filzmoser. The number five of the world ranking list participates this year for the 17th time in the trainingscamp. “You never know how much confidence and energy you’ve lost, how much you’ve earned or how much of your strength survived the overcomed christmascookieperiod. Some try to start smoothly, others fully motivated, but all have this kind of Judo-spirit, everyone is sharing the fighting and training together, all are trying to push themselves and work hard to get in shape for the upcoming new season”, explains Filzmoser. She loves the unique atmosphere and the kindful tradition.

Filzmoser: “Mittersill is a huge gathering of all Judosouls knowing that the year will be a big challenge. Giving everyone the direction whether for collecting points during the olympic qualification or preparing towards the European Championships in Glasgow, the World Championships in Astana or any other competition or tournament which will take place around the world.”

Due to the high number of participants, the program has been amended and can be downloaded

See the Gallery from the OTC Mittersill: http://www.eju.net/media/?mode=showEvent&id=1914