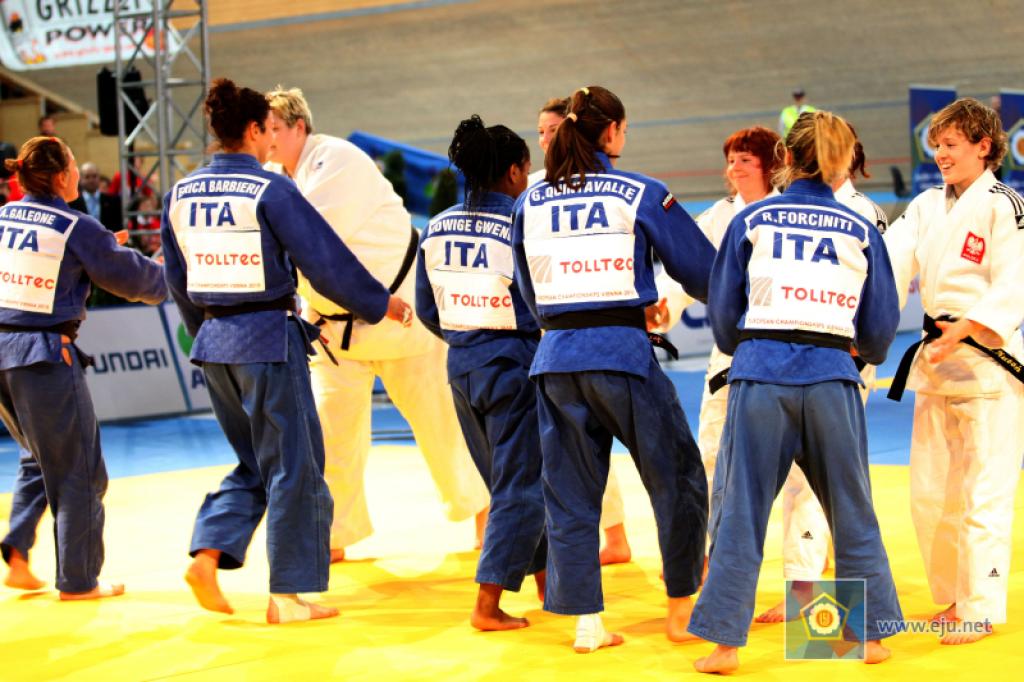 The mixed team judo competition, which gets under way on Wednesday, is the final judo event of the Singapore 2010 Olympic Games.

Ninety-two judoka from five continents have been divided into 12 teams, named after cities which have hosted former judo world championships.

Complete teams consist of four boys and four girls, and members will compete against opponents of their own gender. No two athletes from any NOC can fight in the same side.

The competition will proceed in a brackets format, with the winning team in each match moving on to the next round. There will be no repechage.

Opposing teams fight eight bouts, pairing members of each at their respective weights and moving from lightweight to heavyweight matches.

Medallists from the individual events are seeded and allocated across the teams. The four teams not allocated a gold medallist get a silver medallist and a higher number of the 16 bronze medallists.

Four of the teams have only seven members. When these meet a team of eight, the weight category with the empty spot will be counted as “hikewake” (tied), and equal points allocated to both teams.

If the competition throws together two opponents with a weight difference of more than 20 per cent, the bout will not be contested and will again be counted as hikewake.

The International Judo Federation (IJF) will propose to have this type of team event included in the programme at the 2016 Rio de Janeiro Olympic Games. “It is a team event reflecting friendship,” said Envic Galea (MLT), head of the IJF Delegation.