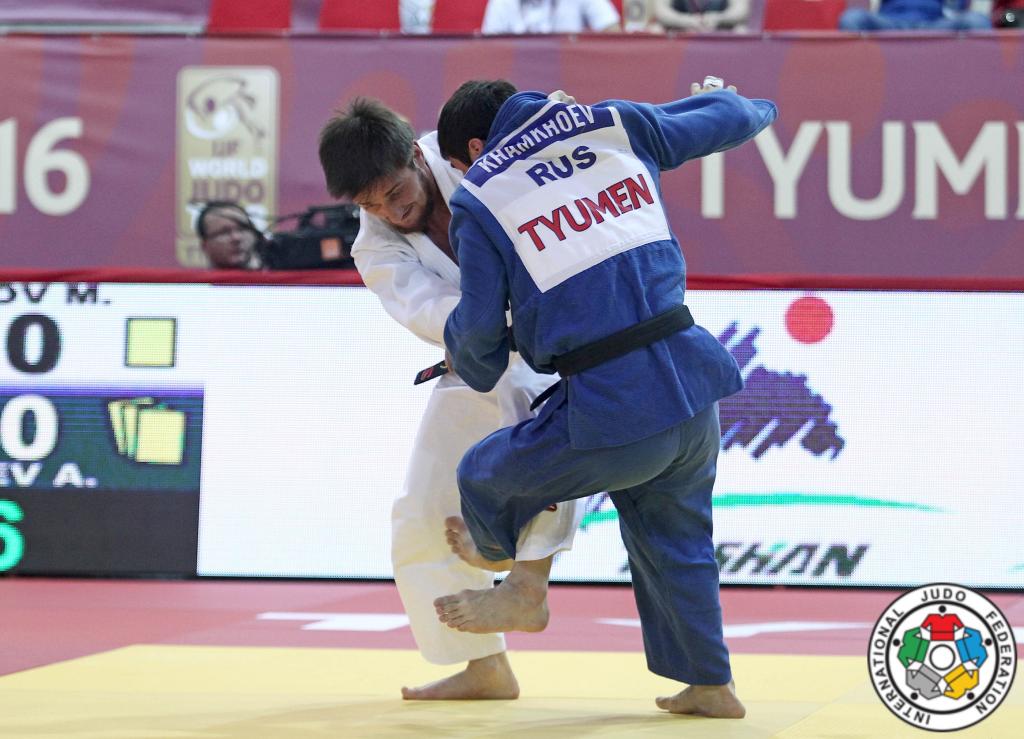 Musa MOGUSHKOV (RUS) gave a crowd-pleasing performance when he took the gold medal in the -73kg category on the opening day of the Tyumen Grand Slam, in Russia. In what was his third grand slam gold medal of his career, Mogushkov managed to grab the only gold medal not to fall to the Japanese team.

Mogushkov had a first round bye that put him into the quarter final against Tengizi PAPOSHVILI (GEO). The Georgian showed some nice timing and balance in keeping pace with Mogushkov, but was undone by an unforced error when he made contact with his hand on Moguskov’s leg when attempting ko uchi gake. In the semi final Mogushkov faced the tricky Khikmatillokh TURAEV (UZB) who had been impressive in his opening two contests. But he appeared to stall against Mogushkov and, despite scoring yuko, eventually went over to a well-executed sumi gaeshi that scored waza ari and proved enough for Mogushkov to take the contest.

The final was an all-Russian affair with Mogushkov coming face-to-face with the up and coming Arbi KHAMKHOEV (RUS). The depth of Mogushkov’s experience began to tell early as the 22-year old Khamkhoev struggled to get to terms with Mogushkov’s movement and gripping. Khamkhoev collected three shidos before he felt forced to open up, at which point the patient Mogushkov unleashed an unstoppable ko uchi gari for ippon.

When asked about missing out on selection for Rio 2016, Mogushkov said, “Of course I am disappointed not to be going to Rio, especially after I did not perform as I wished in London. But I know Denis [IARTCEV] very well, we train together, and I have no doubt that in addition to be higher in the world-ranking list than myself, he is best placed to give a performance for Russia that will result in a medal.” With regard to his future in competitive judo, Mogushkov commented, “I am 28 years old so could still make an effort for Tokyo 2020. I have no problem to make the weight and I am still hungry for competition. But perhaps I will have a small rest and take time with my family then refocus on my competitive career.”