MOGUSHKOV MOVES INTO TOP 10 WITH GOLD MEDAL WIN IN BRASILIA 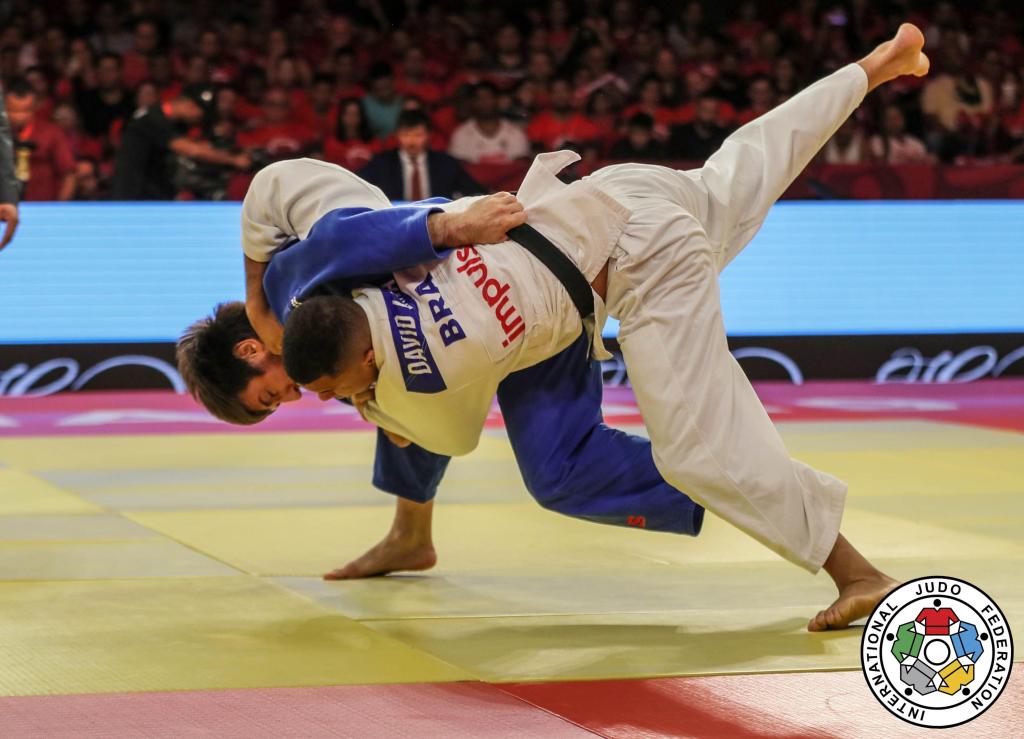 Day two of the Brasilia Grand Slam saw Musa MOGUSHKOV (RUS) take the gold medal in the -73kg category. Seeded number three Mogushkov had the benefit of a first-round bye. In round two Mogushkov faced Brazilian hopeful Marcelo CONTINI (BRA). The contest went into golden score where after 23 seconds Mogushkov countered a low seoi otoshi effort form Contini with ko soto gari for waza to take a place in the quarter-final. Mogushkov came up against Anthony ZINGG (GER). But, after 1:29 the German attempted a pick up and was countered by Mogushkov with ko uchi gari for waza ari. Seconds later Zingg was once again taken over for waza ari this time when attempting a sutemi waza. In the semi-final Mogushkov faced former world champion and number two seed HASHIMOTO Soichi (JPN). In a tactical and times unedifying spectacle both fighters failed to score and Hashimoto eventually collected three shidos to gift the contest to Mogushkov. In the final Mogushkov swept past unseeded relative newcomer David LIMA (BRA) whom he threw after only 34 seconds with a devastating low left sided seoi otoshi for ippon to take his fourth career Grand Slam gold medal.

The win moves Mogushkov into the top ten on the IJF WRL and more importantly signals his preparedness for another chance to compete at an Olympic Games, London 2012 having been somewhat less than memorable for the 31-year old Russian.

When asked about his day Mogushkov said,

I am really happy to have won gold here today. I knew that there were some highly ranked fighters taking part and I wanted to test myself against them. This competition I was injury free and I hope now that I can remain this way until the Masters. My coach told me it was the birthday today of the Russian President Putin. He is a big supporter of judo so perhaps there was some extra incentive to provide some additional cause for celebration.