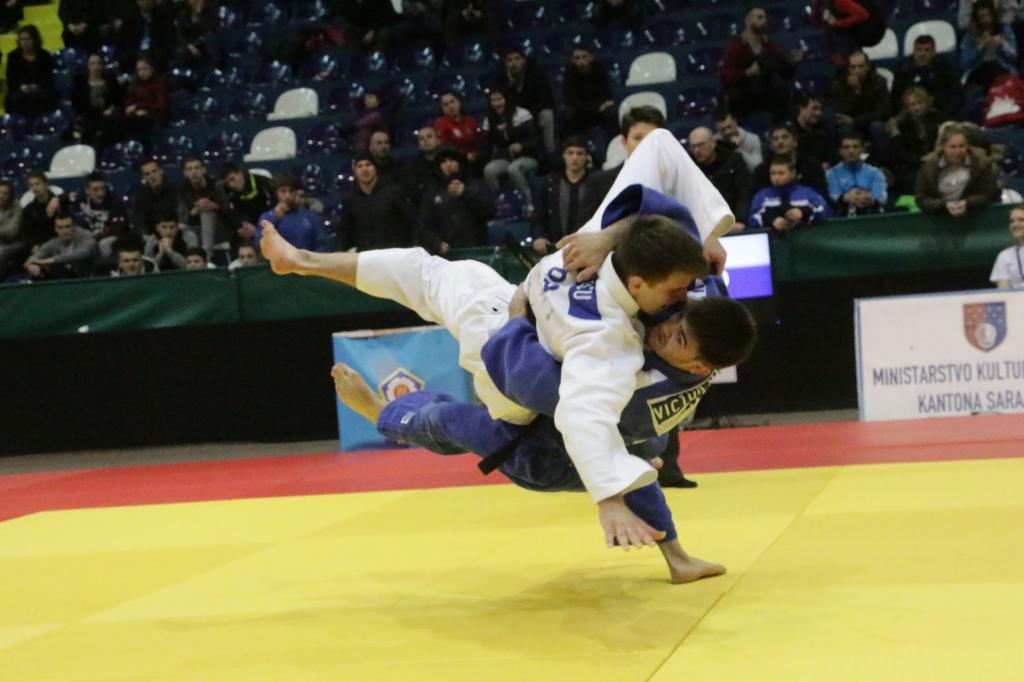 First European Junior European Judo Cup in Sarajevo kicked off today at the very recognizable  «Ilidža» venue. On the first day of Sarajevo event, light-weight categories stepped on the mat. The most successful country today was Turkey with four won medals in total which counted three golds.

U73kg Moldavians Ion NACU and Victor STERPU had their “fight for glory” in nicely crowded venue. One minute and twenty-five seconds was more than enough for NACU who celebrated with ippon against his compatriot. First seeded NACU celebrated in round one against Serbian Ahmed TRIFUNOVIC. In second fight he was better against Matteo MAZZI of Italy while semi’s against Halil CIMEN (TUR) was his hardest opponent as he celebrated in golden score with Waza-ari.

“Dear judo friends, it’s my pleasure to see you all again in Sarajevo, especially as this is our first junior European Cup. We are very happy to be part of the IJF Junior World Tour and I’m sure that this tournament will be in future more and more important for the young athletes who are chasing their dreams. Also I would like to thank to the European Judo Union for opportunity to organize event such as this one in Bosnia and Herzegovina”.

Tomorrow all eyes will be focused on Toni MILETIC who has a bye in first round of the category -90kg. He will fight with better from contest STOJKOVIC (CRO) vs. LORSANOV (RUS).