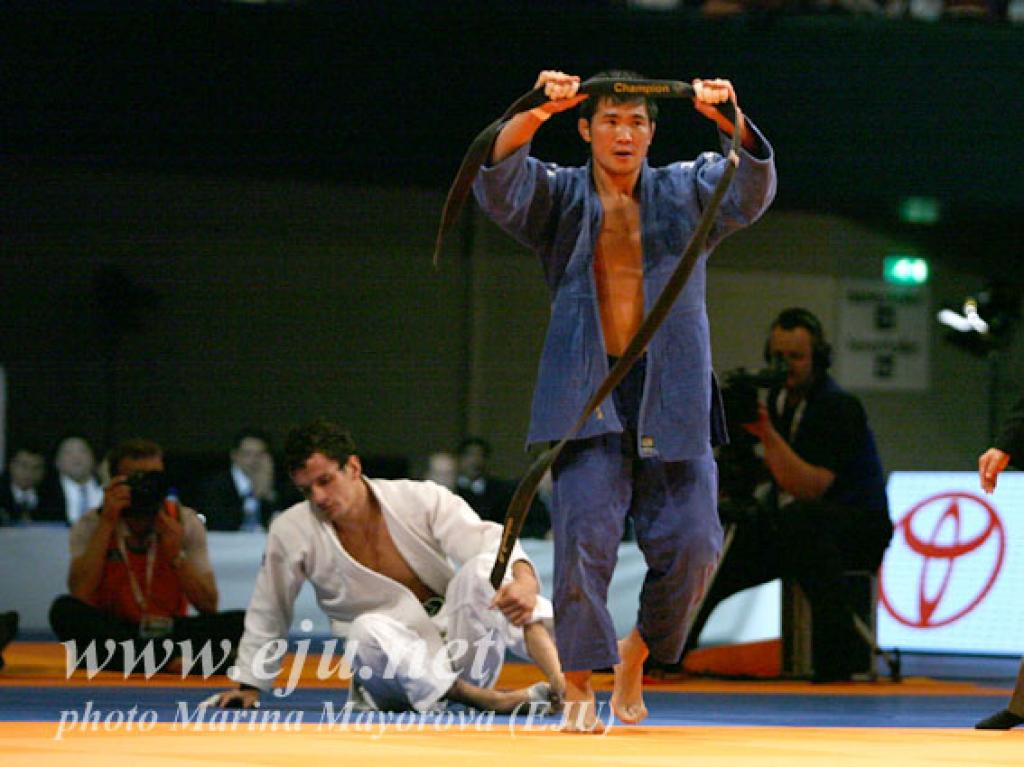 Ye-Sul Hwang (KOR-U70), Tsedevsuren Munkhzaya (MGL-U63) and Khashbaatar Tsagaanbaatar (MGL-U66) prolonged last year’s titles at the IJF Chinggis Khan World Cup in Ulaanbaatar. Korea and Mongolia both shared five titles, but Korea was represented in 10 finals in total, Mongolia in 8. But just one final was a direct confrontation between Korea and Mongolia. Tsedevsuren Munkhzaya defeated Ja-Young Kong (KOR in the final U63g.

Mongolia’s frontrunners Khashbaatar Tsagaanbaatar and Tuvshinbayar Naidan both won their categories. Tsagaanbaatar had to fight his rival Miyaragchaa Sanjaasuren who had won the IJF Masters in Suwon this year and collected six World Cup medals in total.

Japan won two categories, two European countries celebrated a victory as well. Catherine Jacques won the U78kg category. She didn’t win a World Cup since 2006 when she won the Tournoi de Paris. In February 2009 she won a medal for the last time. Although the number of participants was quite poor (156 in total), the quality was quite high.
Polish super heavyweight Grzegorz Eitel won his first ever world cup. The 29-year old fighter reached the final of the World Cup in Lisbon this year but lost. On Sunday in Ulaanbaatar he was able to defeat Soslan Bostanov (RUS) in the final.