MONUMENTAL END BY KUKOLJ TO EPIC FINAL IN WARSAW 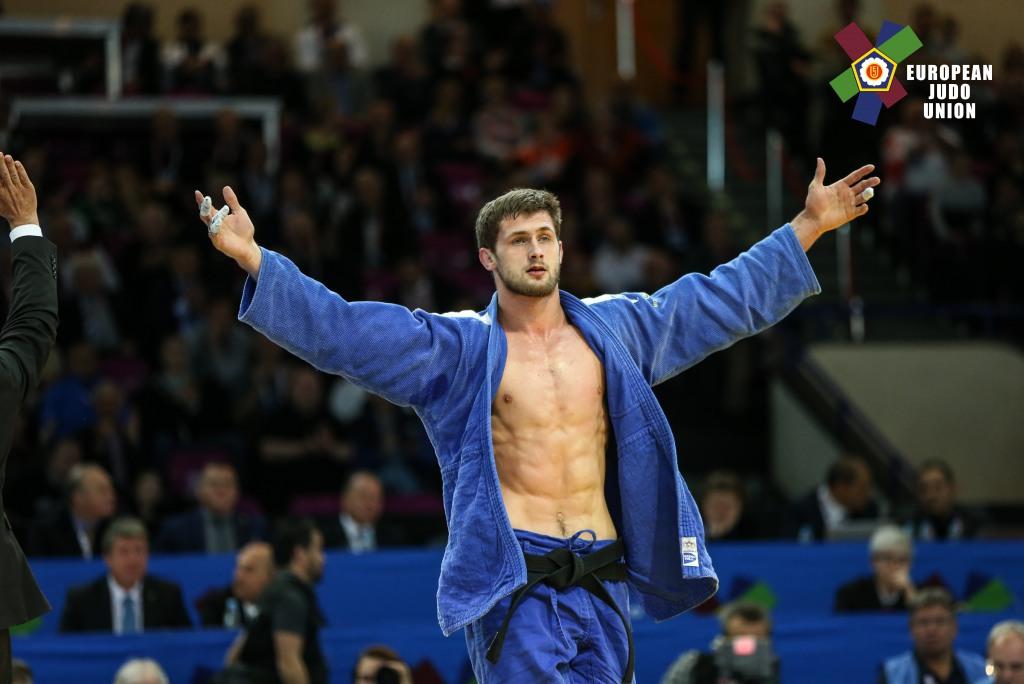 The third and final day of individual competition at the 2017 European Judo Championships featured the remaining five heaviest weight divisions. Following on from a thrilling series of preliminary rounds, there was an astonishing end by ippon to all medal matches in the final block. And by way of putting the icing on the cake an historical performance was delivered to round up the final contest.

Of a total number of 34 athletes in the -90kg category, where Pool B could be described as the pool of death, it was Khusen KHALMUZAEV (RUS) who emerged from the pool having defeated Nikoloz SHERAZADASHVILI (ESP), Piotr KUCZERA (POL) and then Beka GVINIASHVILI (GEO) and all this to reach the semi final. Meanwhile Axel CLERGET (FRA) had ben making his way through pool A and a bruising encounter saw the Frenchman condemn the heavier of the Khalmurzaev twins to the repechage.

In the lower half of the draw it was Aleksandar KUKOLJ (SRB) who was impressive in disposing of opponents who were if truth be told not quite as testing as those lined up against Clerget. But Kukolj, the 2016 Tokyo Grand Slam winner simply set about defeating those opponents placed in front of him. The Serb fighter began by throwing Ciril GROSSKLAUS (SUI) with uchi mata for ippon, within the first 30 seconds of their contest. He then continued with another fast win against Rokas NENARTAVICIUS (LAT), the Latvian judoka having to bow of after being disqualified. Klen Kristofer KALJULAID (EST) was the first to detain Kukolj on the mat for longer than a minute. However, despite his efforts, Kaljulaid too found himself thrown for Ippon. In the semi final it was Mammadali MEHDIYEV (AZE) who pushed Kukolj into golden score where the Serb finally came up with a contest ending waza ari.

And so to the final and Clerget. The Frenchman, known for his waza, was himself surprisingly caught on the ground when after an unusual turnover Kukolj secured osaekomi whilst at the same time applying ude garami from which Clerget was forced to submit. Kukolj could proudly claim to be the first senior European champion from his country and proud he should be given the strength of the opposition that trailed in behind him.