MORE ABOUT WHO WAS IN ATTENDANCE THAN MISSING 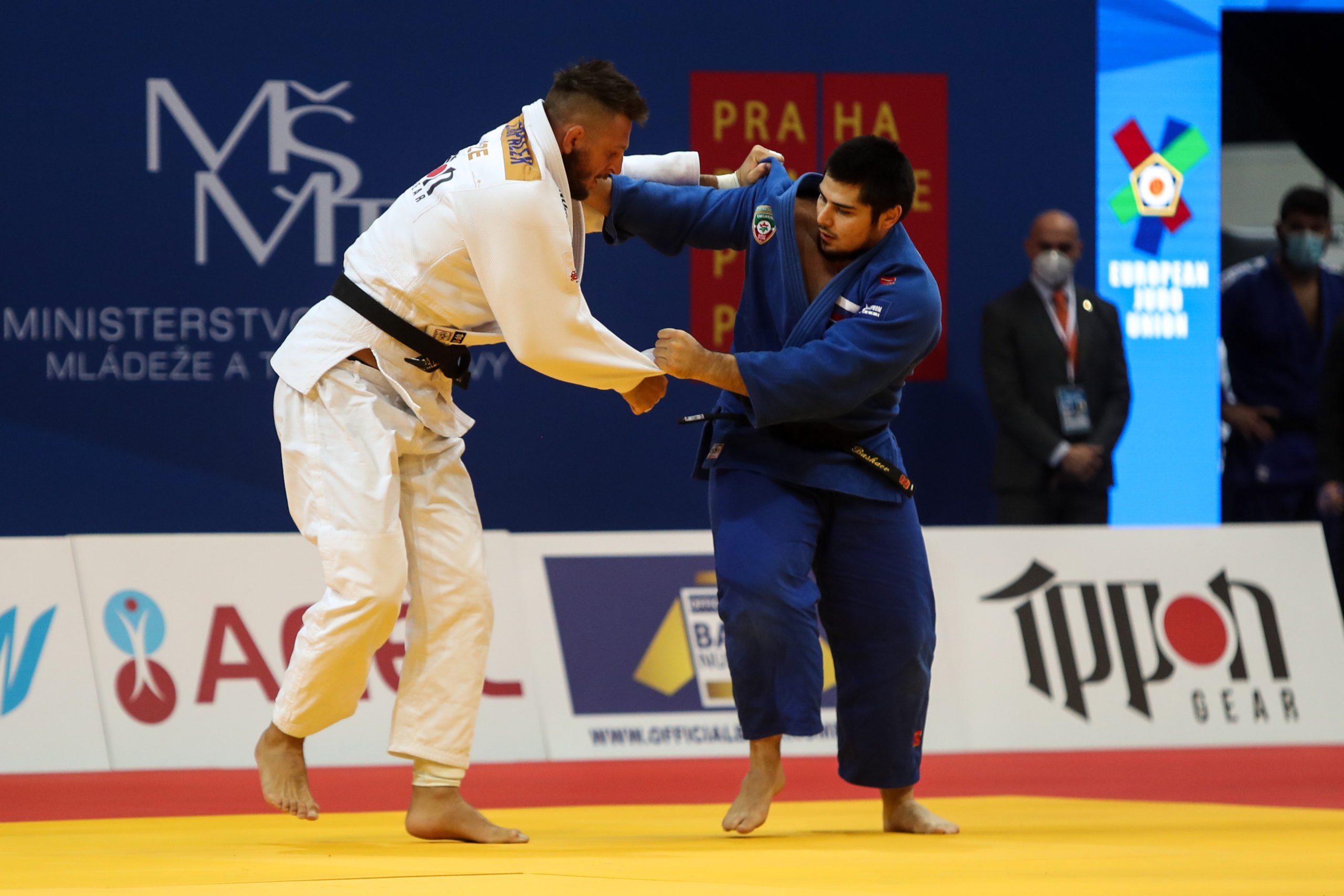 The omens were good for current World Champion Madeleine MALONGA (FRA). In the absence of 2019 European Games silver medallist Guusje STEENHUIS (NED), against whom Malonga has a 1-3 record, and Natalie POWELL (GBR) to whom Malonga has lost six times, the world number one had winning records against all her potential opponents apart from Luise MALZAHN (GER) whom she trailed 3-5. Helping to reduce the pressure was the fact that Malazhn was on the opposite half of the draw and two of world’s top ten athletes, World Masters gold medal winner Fanny Estelle POSVITE (FRA) and four times European Champion Audrey TCHEUMEO (FRA), were among the absentees. This left number two seed Anna Maria WAGNER (GER) to lead the challenge. But a tired looking performance against Giorgia STANGHERLIN (ITA) saw Wagner make an early first round exit. Loriana KUKA (KOS) continues to show promise but in the semi final lost for a second time to Malonga, the Kosovar eventually collecting a bronze medal to go with the one she picked up at the 2019 European Games last year. And so it was that Malonga went head-to-head with Malzahn in the final. But three penalties picked up by Malzahn was never going to make for a thrilling final and Malonga, without being really tested, was happy to close the gap to 4-5.

Whatever the seeding may have been there really was only one question. Who could stop Romane DICKO (FRA)? As suspected, only 2016 European Champion Kayra SAYIT (TUR) offered up any serious resistance to the 21-year old Dicko, taking her the distance for the only time in the day. Sandra JABLONSKYTE (LTH), Larisa CERIC (BIH) and Iryna KINDZERSKA (AZE) were all dealt with in quick time, Dicko ending up with the scalps of number one, two and three seeds on her way to her second Senior European title. Missing from the action was 2019 European Games gold medal winner Maryna SLUTSKAYA (BLR) who despite having twice won the European Championships would more than likely have suffered the same fate as all of Dicko’s opponents. In a weight category where only once has the world title or Olympic gold gone to a European, Dicko is clearly now the standard bearer not only for France but for Europe too.

Of the three top seeds (all of whom had won World Championship gold medals) only 2017 World Champion Nemanja MAJDOV (SRB) was able to make it to the podium. Number one seed 2018 World Champion Nikoloz SHERAZADISHVILI (ESP) lost in the quarter final to 2018 champion and eventual gold medal winner Mikhail IGOLNIKOV (RUS), whilst number two seed and current World Champion Noel VAN T END (NED) lost his quarter final to Beka GVINIASHVILI (GEO). In a repeat of the 2018 final, Igolnikov defeated Majdov as if to reinforce the point that having a world title counts for little when it comes to winning the European Championships. In taking his second Senior European title Igolnikov defeated the number one, three and four seeds. Igolnikov is still only 24-years old so has time take the bigger prizes. The last European to have won both a world and European title was Ilias ILIADIS (GRE).

Peter PALTCHIK (ISR) turned in a terrific performance to take his first ever Senior European gold medal. His line up of five opponents included three against whom he had losing records, one with whom he was tied and one whom he had not previously faced. First to fall was 1-2 Ben FLETCHER (IRL) followed by 3-3 Jevgenijs BORODAVKO (LAT). Next up was a first ever meeting with Boris GEORGIEV (BUL). The semi final saw Paltchik face three times European Champion 1-3 Varlam LIPARTELIANI (GEO) whom Paltchik (in the final of the Paris Grand Slam earlier this year) had defeated for the first time. In the final it was 2019 European Games gold medal winner 0-1 Arman ADAMIAN (RUS) who stood in the way of Patchik’s goal. The contest went into golden score and it was a tired looking Adamian who after 45 seconds eventually went over to a koshi guruma effort for the winning score. Paltchik faced a number of his demons here and came out on top. There are a few more to be dealt with but, for the time being, Paltchik can revel in the joy of success and begin to prepare for the next battle.

The stage was set for current World Champion and number one seed Lukas KRPALEK (CZE) to take gold for the host nation and bring a close to the tournament. Perhaps, not being one of the seeded athletes, Tamerlan BASHAEV (RUS) did not appear to get that message. The compact Russian quietly went about his business and even had there been a crowd would have kept things quiet when in the quarter final he threw Krpalek twice. In the final Bashaev achieved a double triumph not only in taking the gold medal but, in defeating number two seed and team mate Inal TASOEV (RUS), Bashaev sent the strongest possible signal that he is the super-heavyweight to whom Russia should look.