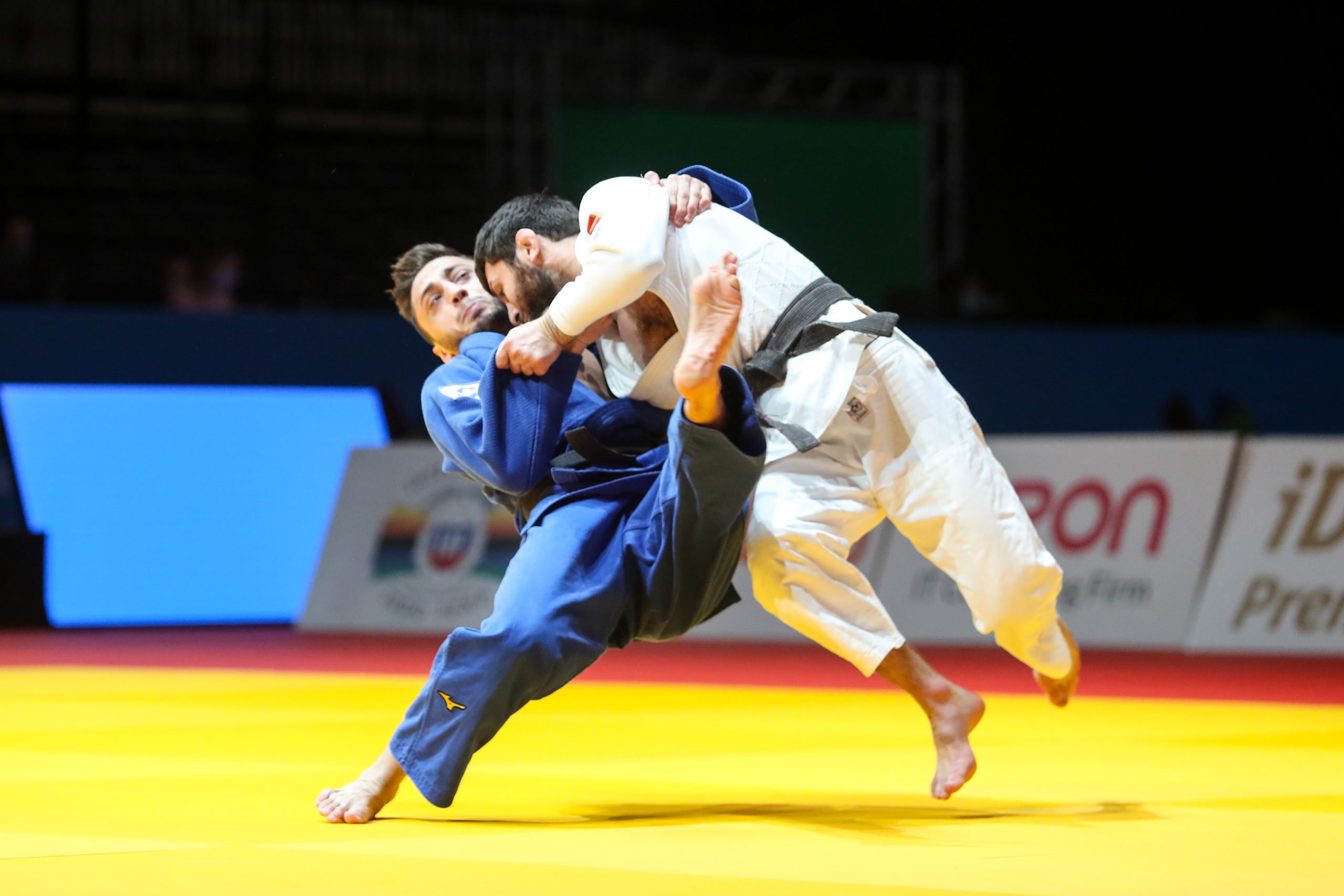 This really was an opportunity for current world number one Distria KRASNIQI (KOS) to dispel any doubts regarding her status, particularly given the absence of double World Champion Daria BILODID (UKR). Krasniqi’s quarter final loss to eventual gold medal winner Shirine BOUKLI (FRA) left the 24-year old Kosovar with some work to do (both in Prague and after), but a repechage win over Irina DOLGOVA (RUS) and a win in the bronze medal match over Melanie CLEMENT (FRA) saw Krasniqi extend her podium streak to an impressive 12 events. Meanwhile 21-year old Boukli looks set on giving the French selectors a major headache as she closes in on a top ten spot just behind Clement.

As many predicted it was Odette GIUFFRIDA (ITA) who topped the podium. It was, quite surprisingly, Giuffrida’s first senior European medal having previously finished 5th on four occasions. However, unlike other categories, where all of the top athletes were in attendance, this weight lacked the firepower that would have been provided had world number one Amandine BUCHARD (FRA) and current Olympic champion Majlinda KELMENDI (KOS) been fit to take part. Those match-ups are eagerly awaited. Champion in 2012 and 2015 Andrea CHITU (ROM) did indeed surprise and showed that there may yet be more left in the tank than many people think.

Select the athlete interviews from our European Championships playlist.

After a wait of five years Telma MONTEIRO (POR) and KARAKAS Hedwig (HUN) went head-to-head once again in the final of the European championships. It was not as unlikely a final as many may suspect given that Karakas was seeded three and Monteiro seeded four. Once number one seed Sarah Leonie CYSIQUE (FRA) and number two seed Theresa STOLL (GER) had been tumbled out in their respective quarter finals, it was down to the two more experienced judoka to take over. The difficulty faced by Europeans in this weight category is well known. Not since Morgane RIBOUT (FRA) in 2009 has a European won the world title and it was Giulia QUINTAVALLE (ITA) who last claimed Olympic gold for a European at the Beijing Olympics in 2008.

This was yet another category where all of the top athletes were in attendance. So, no easy ride and nothing straightforward about coming out on top of this quality field. Just as well for number one seed Robert MSHVIDOBADZE (RUS) that the other three seeded athletes in his half of the draw, Walide KHYAR (FRA), Lukhumi CHKHVIMIANI (GEO) and Tornike TSJAKADOEA (NED) all fell in round two. This left Mshvidobadze a clear run to the final where he came up against team mate and number four seed Yago ABULADZE (RUS) to whom he had lost in the final of the Budapest Grand Slam a month earlier. This time it was the more senior Mshvidobadze who came out on top to keep his hopes alive of remaining Russia’s top pick.

Orkhan SAFAROV’S (AZE) first round defeat of world number one Manuel LOMBARDO (ITA) has to rank as the upset of the day. Yes, there were other surprises, but the unseeded Safarov went on to take the gold medal (his first ever European title) in a category that contained all the top European athletes. Despite being 29-years old Safarov is still relatively new to the category having previously had a reasonable degree of success at -60kg where he collected three European medals, two World Championship medals and a 5th place finish at the 2016 Rio Olympics. The 700 points picked up in Prague sees Safarov move ahead of team mate Nijat SHIKALIZADE (AZE) on the IJF WRL as a second shot at the Olympics beckons.