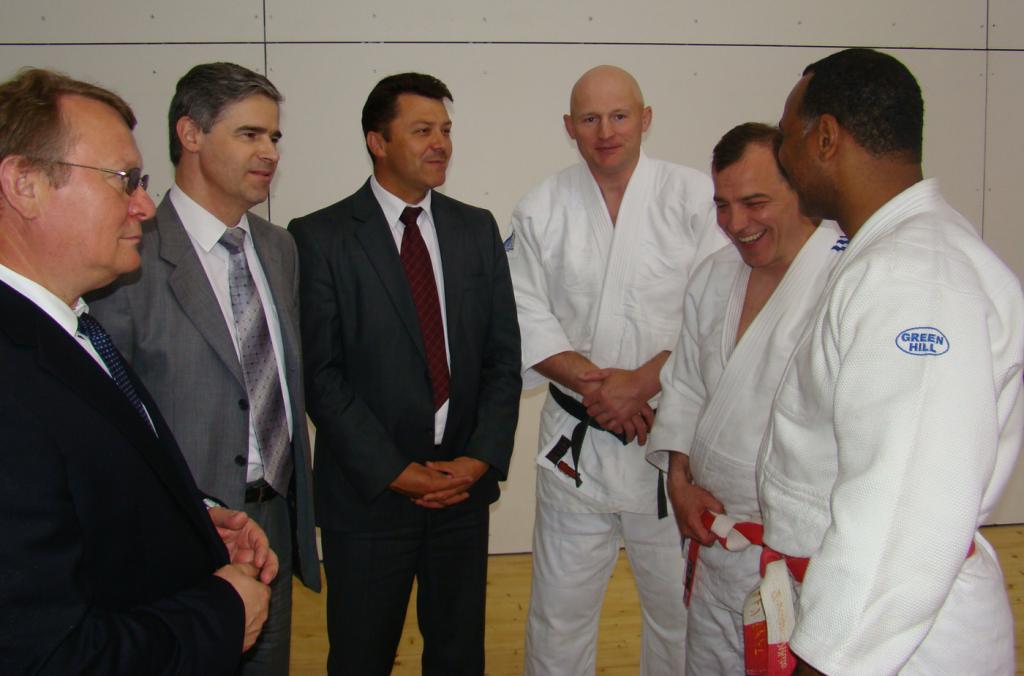 The EJU by means of President Sergey Soloveychik have decided to give extra support to more qualified athletes for the Olympic Games.
Not the top three but more European athletes have been awarded with support. In total 54 men and 45 women will get additional support from the EJU when they decide to come to Minsk this week.

President Soloveychik secured that, instead of the top three Europeans in each weight category as described in the OTC rules, now a significantly higher number of judoka will get the support in order to reach more athletes participating then ever before.

The OTC in Minsk is one of the last opportunities to train in a high performance environment and the EJU is doing its utmost the raise the level and number of inscriptions for the ideal preparation for the Games.

After Minsk the European athletes can join the EJU Training Camps before the Olympics in Nymburk (CZE) and Castelldefels (ESP)
25–28 June: Nymburk, CZE
29-June until 6 July Castelldefels, ESP

EJU Head of Sports Directors Densign White is very happy with attendance of the last OTC before the Games. White reports from Belarus: “There are 35 countries present in Misnk and the expectation is for more than 300 athletes as judoka are still arriving in Belarus.”
Last year 250 athletes took part in the OTC in Minsk but this year’s will be booming and proves the success of the concept which is now taken over by other continents getting the successful feedback.

White has noted the arrival of judoka such as Michal Krpalek (CZE), European Champion Alexander Mikhaylin (RUS), Henk Grol (NED), Elco van der Geest (BEL), Elnur Mammadli (AZE) and many more potential medallists for the Games as well as athletes out of Europe such as Sobirov, Tangriev and Rakov (KAZ).

The EJU has initiated the OTCs to facilitate the best possible circumstances for European judoka. A few weeks ago judoka enjoyed the good spirit in Antalya, Turkey.

Europe is on course for good results but the dominance of Asia with powerful nations such as Japan and contributing nations such as Mongolia, Korea and Uzbekistan can jeopardize the good position of Europe. Europe however performed well at the last World Championships in Paris.

The OTC in Minsk is a well appreciated training camp. This list is now adjusted to a restricted support to two individuals only from the same country to get a better balance between the countries who request for the support. However more athletes in total are supported.

Many judoka warm up for London in Minsk and have joined the last EJU OTC before the Olympic Games.

Watch all photos of this year’s camp:

More information can be found in our calendar