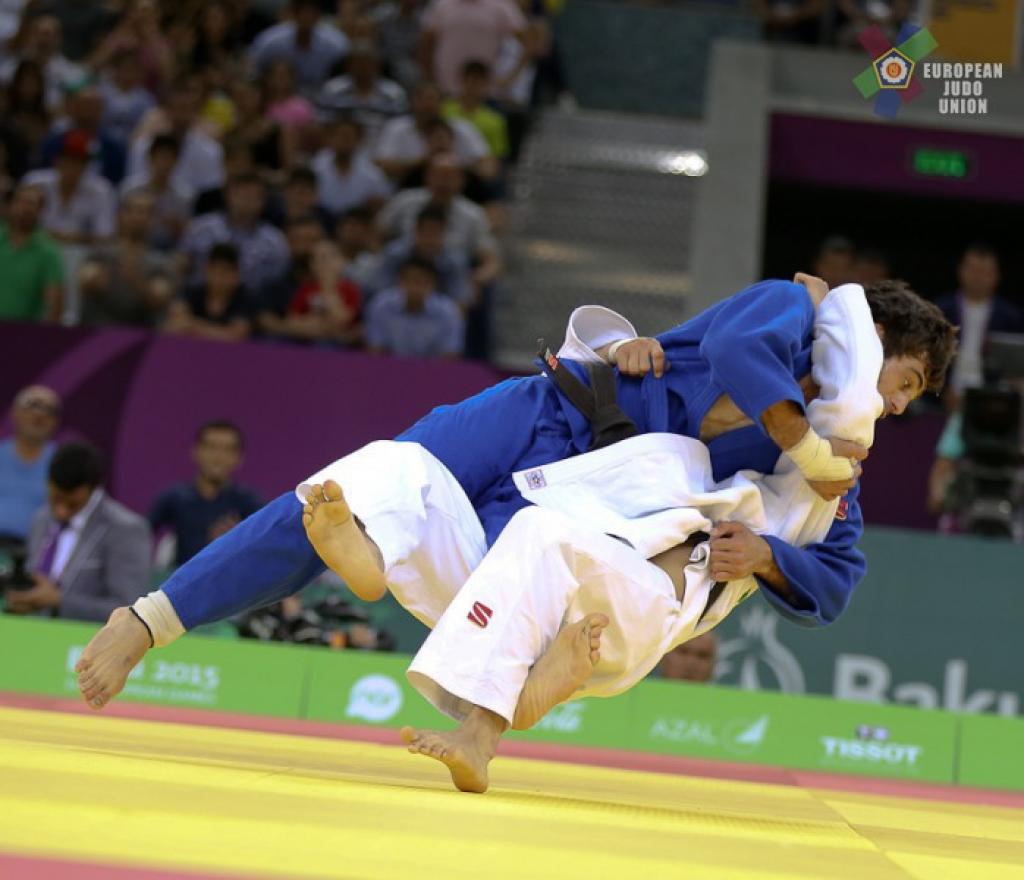 Today’s gold medal winning performance for Beslan MUDRANOV (RUS) in the -60kg category at the European Games is the kind of thing that dreams are made of. Despite his status as reigning European champion Mudranov was seeded only number 3 at these games yet the seeding in the bottom half of the draw somehow worked in favour of the Russian. Mudranov avoided the carnage taking place in the top half of the draw, where double European champion Ludwig PAISCHER (AUT) was defeated by Switzerland’s Ludovic CHARMARTIN and world bronze medallist Iligar MUSHKIYEV (AZE) was bundled out in his opening contest by Spain’s junior world champion Francisco GARRIGOS.

Only number one seed Orkhan SAFAROV (AZE) was able to take his expected place in the semi final, putting on a show for the home fans that at times threatened to raise the roof. That semi final saw Safarov squeeze past Garrigos, whilst Mudranov blasted his way past Dutchman Jeroen Mooren. In the final Safarov made the early going. But as the contest entered its later stages Safarov picked up a thigh strain just as Mudranov stepped up the pressure. With time running out, the Russian countered the weakened Azeri’s ura nage attempt with nidan ko soto gari for ippon. “I didn’t think about defending Safarov’s attack. It was just a reaction and then I found I could take the attack over and come up with a winning score. Winning the European championships three times is very important for me. At the moment I am working to become world champion because I didn’t win that title yet” said Mudranov. The Russian has come closer to realising that wish this last year since Olympic champion Arsen GALSTYAN (RUS) moved up to the -66kg category, leaving the category in safe hands. But it is the dream of representing Russia at the Olympic Games in Rio in 2016 that really inspires him.