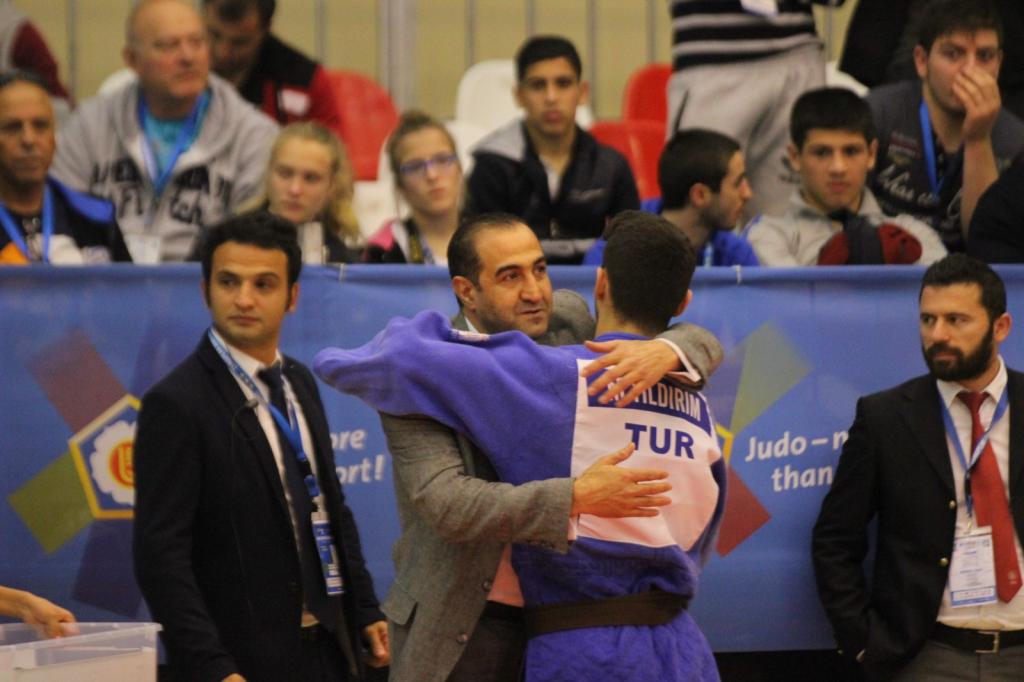 The Cadet European Judo Cup in Antalya came to an end with competitive final day matches. The third cadet meeting of the EJU calender 2016 brought together 320 judoka from 15 countries. A total number of 16 gold medals have been spread amongst six countries. Georgia took the top of the medal table by winning six of total eight gold medals at the closing day. Azerbaijan followed Georgia with nine medals including four golds. Home nation Turkey took third place with 18 medals having two gold were won at day one.

Dilan Dogan and Hamdi Yildirim were the duo who stepped on top of the podium for Turkey. Turkish Cadet championship silver medallist Dilan Dogan beat team mate Bahar Inal and won the 40kg category. Together with Dilan Dogan, Muhammed Yıldırım was another star of this year’s competition as he won the title in 66kg category. Yildirim, who became silver medallist last month in the Turkish Cadets Championships, started his Cadet European Cup campaign with a win over the German Nick Angenstein. After beating Gal Katz of Israel by ippon, Yildirim defeated Georgian Aleko Mamiashvili in the quarter final by waza-ari. With a win against Georgian duo Shalva Gazashvili and Levan Gugava in semi final and final respectively, Muhammed Yildirim celebrated his first Cadet European Cup victory.

The talented Turkish judoka, who took the bronze medal last year in this cup was very happy with his performance. He said: “I was expecting to make a good start into the 2016 season. Right after the Turkish championships, Im totally focused on this cup. I had a good performance during the competition day. The final match was very competitive and I gave my best. Im happy with this result.”

After two exciting days of competition the judo event in Antalya will continue with the EJU Cadet Training Camp which goes until Wednesday.